Erica Enders-Stevens took the NHRA season by storm this year, winning the NHRA Finals at Pomona to become the Pro Stock season champion in her Elite Motorsports Chevy Camaro, and the first woman to take that  Pro Stock title.  She came off a stellar season to clinch the title, winning the K&N Horsepower Challenge in March 2014 as well as the victory in Las Vegas and then going on to wins at her home track in Houston, Bristol, Norwalk, then again in Vegas, and Pomona.  She proved that the right combination of team, car, talent and sheer drive could make anything happen.

For more on the beginning of her stellar season: see her interview with The Burnout HERE.

Erica stopped by the RacingJunk.com booth at PRI and was gracious enough to sit down with us and answer a few questions. 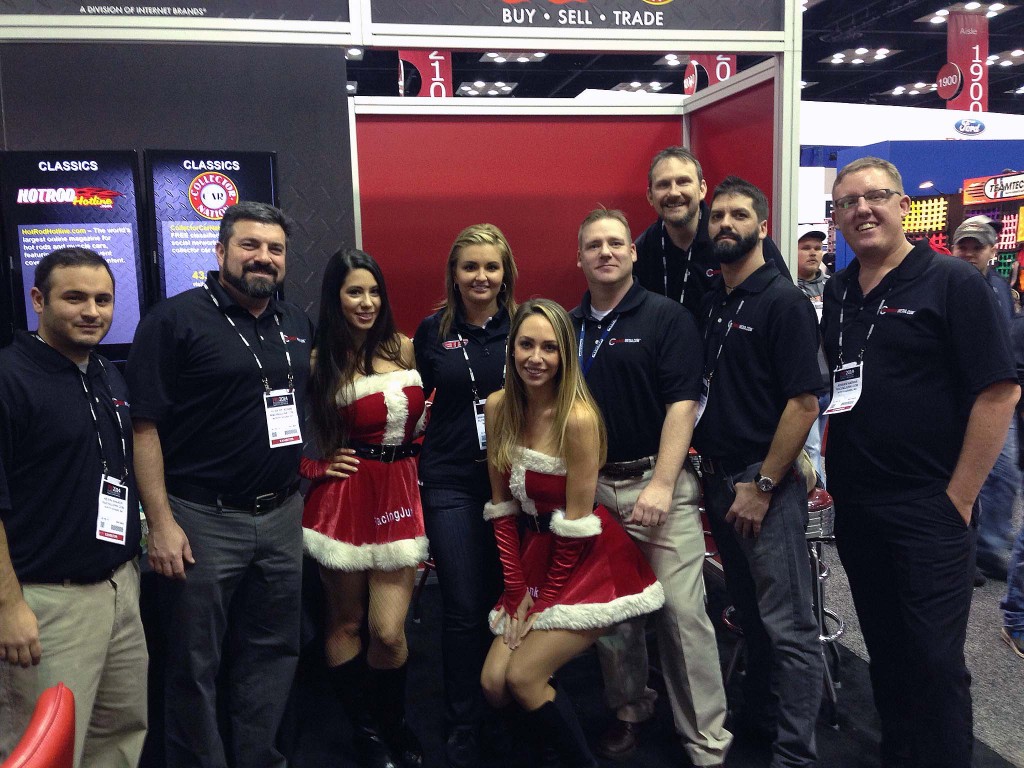 We asked her about the obvious – the best moments of the season, and of course that big final win at Pomona.   “You have to pinch yourself,” she said. “I’ve been around motorsports and racing my whole life, and this is always the goal, this kind of win.  But it’s still amazing.

Enders-Stevens knew from the beginning of the season that this time it was going to be different.  “That first session in Phoenix gave me goosebumps.  I knew things had changed.” She attributes the changes to her crew, and their attitude of coming together and putting aside ego to focus on making the race and the vehicle the best it can be. “These are some of the most talented people anywhere,” she said, “And there’s just no ego in the pit. Everyone focuses on one thing.  It’s amazing how much heart everyone has, how the right group of people working together can accomplish anything.”

She also credits her strong fan base, and the intense support she receives from family and friends for her success, and mentions how sweet it was to have them all there in that final round of that final race, when it literally came down to the last millisecond.  “It was a storybook finish,” she says, “a huge blessing. I’ve never been shy about talking about my faith, and I think this rewards that. This book feels like it was already written.” 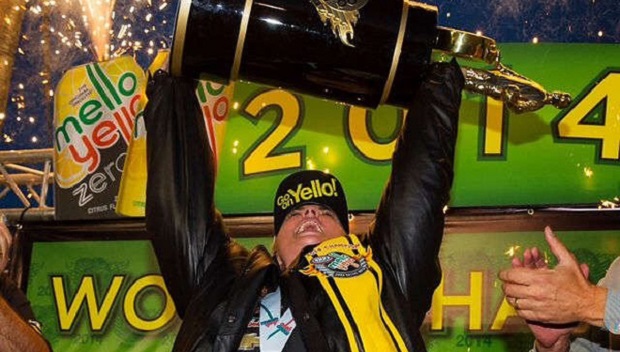 We also asked about other great individual moments of the season.  Again, she credits the intense efforts of her team.  “For a first year team to have accomplished all this, “ she emphasizes, “it’s truly amazing.”  The other highlight? “ Winning in Houston, 10 years after she won her first Super Gas race.  “It was really special to win, to have family out there to support us.”

Enders-Stevens joins the ranks of Shirley Muldowney and Angelle Sampey in representing women champions in the NHRA, so we asked about how she meets the challenges of being a women in a field that remains dominated by men. What advice would she give to women coming up in the sport, or out there already. “You have to want it with your whole heart, “ she advises. You have to grow thick skin. My crew doesn’t treat me any differently than a man, and I expect that. I wanted that.”

While most of us would assume she’d be happy for the break in the season, Ender-Stevens is ready to get back behind the wheel.  She’s on the go, spending time in the shop in Oklahoma, looking for sponsors like all teams, and planning a potential team vacation, if testing, new team members, and media and sponsor commitments don’t hijack that time.  “My Christmas tree is up, though,” she said. “It’s my favorite holiday, and I put the tree up while my husband was watching football. I stayed up until 2:00 a.m.”   Then she was back on the road.

We can’t wait to see what next year has in story for this very talented driver!

About Andreanna Ditton 256 Articles
Andreanna Ditton is the Content Manager for MotorHead Media and the Editor-in-Chief for RacingJunk.com/news. She's been working in the automotive publishing industry since 2007 focusing on racing and performance for motorcycles and cars.