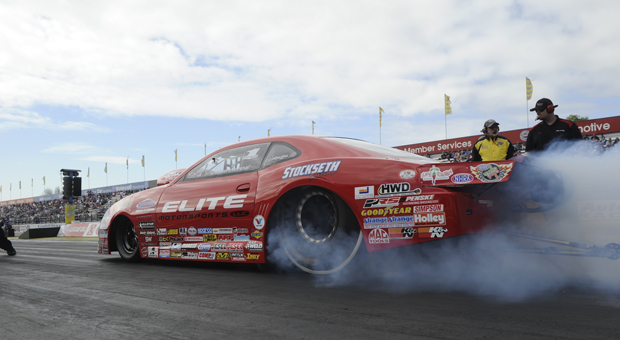 Enders-Stevens’ success and honors of the 2014 season aren’t over yet. The AARWBA announced the 2014 All-American team, with Enders-Stevens receiving the most votes for the Drag Racing category. Last year she captured the NHRA Mello Yello Drag Racing Series Pro Stock title and became the first woman ever to do so. She defeated Jason Line in the final round, having collected 19 top-three qualifying runs on top of winning six national events. 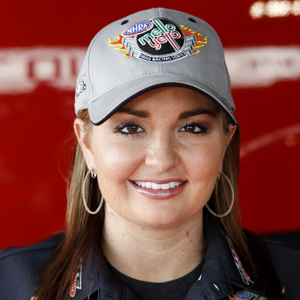 “It’s a huge honor for all of us at Elite Motorsports to be on such an exclusive list,” Enders-Stevens said. “We had a dream season in 2014, and we have a bright future together.”

AARWBA (American Auto Racing Writers & Broadcasters Association, Inc.) is an organization of journalists, photographers, and other professionals who are committed to expanding the media coverage of all motor sports. The All-American Team is chosen through votes and the top two of each category are named. Enders-Stevens was among seven other drivers: Joao Barbosa and Christian Fittipaldi (road racing), Will Power (open wheel), Kevin Harvick (stock car),  Matt Crafton (touring), Gabby Chaves (at-large) and Donny Schatz (short track).  The organization was founded in 1955 and has been electing the All American Racing Team since 1970. It is the largest and oldest association solely covering auto racing.

Photos courtesy of the NHRA.