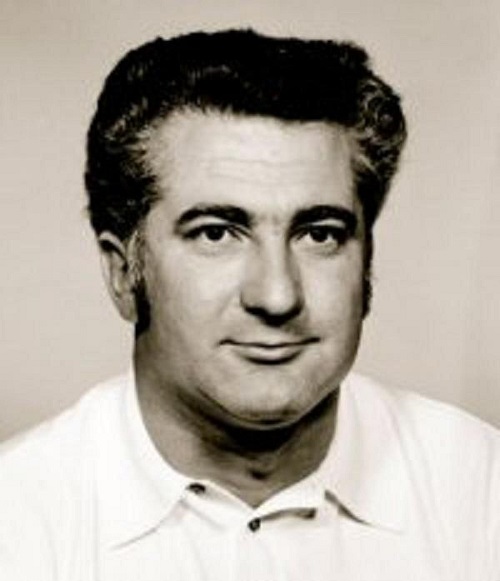 In the early days of drag racing, at the start of the 1950s, the state of Ohio became a hotbed of quarter-mile competition. The strip at Akron Airport was the first to open east of the Mississippi and attracted drivers like “Ohio George” Mongomery and “Akron” Arlen Vanke.

Born in 1936 in Barberton, Ohio to Louis and Vilge Vanke, Arlen started drag racing as a teenager. The first defining moment came when he had to tell his father that he had broken the transmission in their less-than-a-month-old car with his not yet famous 1-2 power shift. To Arlen’s surprise, his father simply said, “It’s Tuesday; your mother doesn’t need the car ’til Friday.”

Pontiac muscle car collector Merle Green advised us that Vanke had passed away on June 15. Merle said Vanke was 80 years old. He had raced one of the famous “Tin Indian” Pontiacs for Knafel Pontiac, of Akron, from 1962 until 1966. Vanke also drag raced Chevys and MoPars. His longtime sponsor was JEGS, the Ohio-based high-performance parts catalog house.

Vanke’s name also appeared on many of the “clone” racing cars that competed in nostalgia drag racing at Quaker City Motorsports Park in Salem, Ohio. He even built one of these cars. All of them served as tributes to a talented speed merchant.

History has it that Vanke started drag racing at Akron Airport as soon as he got his license. Arlen drove a 1940 Ford Tudor with a triple-carbureted early V-8 Ford engine. He made 14-second runs in B/Gas class. His rival was “Ohio George” Montgomery.

In the fall of 1961, Vanke ordered a 1962 Catalina with a 421-cid Super-Duty V-8 from Knafel Pontiac with the intention of racing it. Bill Knafel then hired Vanke as a car salesman and sponsored his racing car.

Vanke later drove a 1963 Plymouth Savoy with a 413-cid Max Wedge engine and a Super Stock HEMI-powered 1965 Plymouth Belvedere. His cars set many records. In 1966 he won three classes at the NHRA Spring Nationals with three different cars. In 1967, Chrysler hired Vanke to test their racing hardware. In 1968, he won the Nationals with a Hemi ‘Cuda.

In more recent times, Vanke moved to New Mexico. In the summer of 2013, he had a bad stroke. In 2016, he reportedly snuck out of the rehab hospital to attend recognition and other events for the historical drag racers marker at the Akron Municipal Airport. Vanke was also inducted into the Michigan Motorplex Hall of Fame last November. He is survived by Fay Vanke, his wife of almost 28 years, his son Craig and his grandchildren.