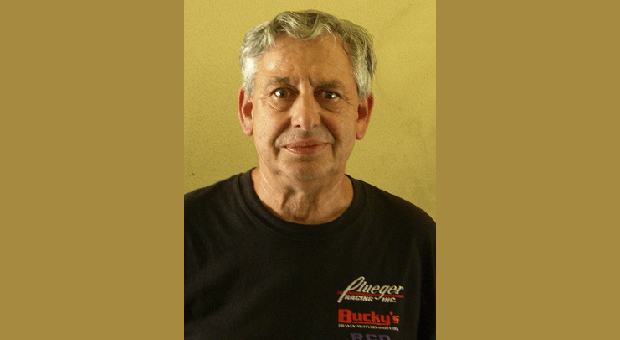 John Force, the 16-time NHRA Funny Car champion whose teams have won a total of 20 national NHRA titles, used Plunger-built and repaired chassis until he began making his own, and used P&P’s oil pumps for a long time. They’d been friends and business partners for as long as Force had been racing, and the loss of Plueger definitely upset Force.

“My brother Louis, Uncle Beaves (Gene Beaver) and (Steve) Plueger gave me my start,” Force said after learning of Plueger’s death. “I always dreamed that one day I would drive the Plueger-and-Gyger car like my cousin Dave Condit (who won the 1974 NHRA World Finals in Ontario, Calif., in the Plueger-and-Gyger Mustang).”

Although he never drove a Plueger-owned car, he relied on the chassis constructor as one of his early crew chiefs and, always, a close confidant. “You were my chassis builder,” Force said, seeming to be speaking with his 40-plus-year friend as he reminisced. Most of Force’s titles came in a Plueger car and, when he decided to be a chassis constructor of his own, John Force relied on Plueger’s assistance.

This writer was able to spend a memorable afternoon in Plueger’s large La Habra, Calif. area workshop, as friends and customers moved in and out of the cavernous area and Plueger performed his magic on some item or another as he helped others get their cars ready for the next competition. It was a day I’ll never forget, as Plueger regaled me with commentary on his oil pumps – and Force.

Plueger’s oil pump design draws oil from the pressure tank into the engine and scavenges from the oil pan, hence the #1250 Dual Pump oil pump name. “I came up with the design so I asked [Austin] Coil (Force’s tuner for more than 30 years), ‘Do you want it or not?’” Plueger came up with that design to combat the fires that Force had been experiencing – similar to today – and Coil decided, at the time, to take a chance on the new design.

During our afternoon Plueger told me, “I worked with Force from the time he had nothing but a burning desire. I worked for him for $100 a week when he was on a shoestring budget. His uncle Gene Beaver got him into it; he had one of everything and it was all busted up.” The key to John Force Racing’s success is, Plueger said, “It’s Force. He still attacks everything like he’s trying to make it in this business.”