The idea of the mobile dyno first came to Andrew “Drew” Harrell in 2001.

“There was a company out of Ohio that had a mobile chassis dyno,” Harrell recalls. “I drove down to the auto show in Ohio to see it and I kept that idea in mind while I planned out what I wanted to do next.”

Harrell is a long time enthusiast of all things fast. Like many, he grew up with the “Dukes of Hazzard” and “Knight Rider,” car-centric stories that only fueled his desire to get behind the wheel, first with RC cars and go karts and then later, at 19, in his first drag car. These days he’s running a ’68 Firebird on the strip, when time allows. 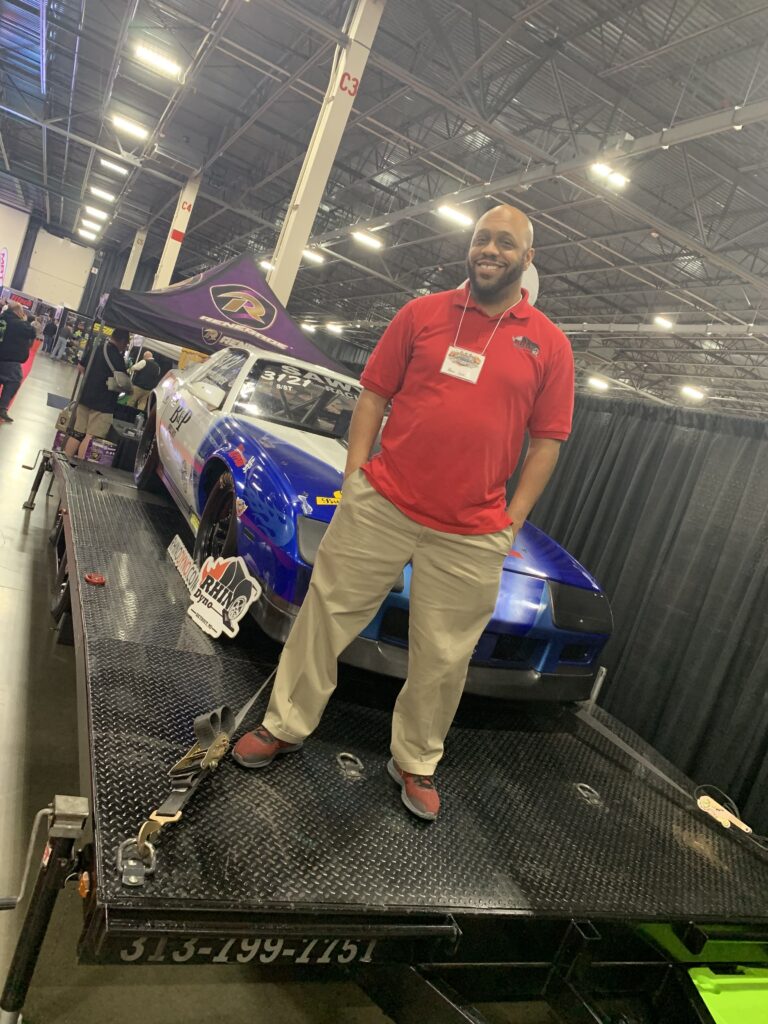 Like many car lovers, Harrell also knew the power of measuring the efficiency and effectiveness of an engine. Putting your ride on a dynamometer is the best way to test force and power. He also knew that finding a stationary dyno, scheduling and paying for the time, then bringing the vehicle in was often more time and effort than the weekend racer possess.

Back in 2012-2013 Harrell had produced two drag race shows and the marketing and development aspects had helped him gain the skills to really build a business out of his mobile dyno idea. Now it was time to make it a reality. “At the end of 2016, I had the name–Rhino Dyno. I got on RacingJunk to see if someone had one for sale. Sure enough, someone did. I spoke to the seller, arranged to see the dyno, and finalized the deal. It was delivered in 2018.”

Harrell’s goal was to help his fellow enthusiasts really measure the power they were pulling down and the DynoJet mobile dyno was his ticket to that aim.

After the dyno was delivered, he needed to really learn the equipment, so he brought it to So he brought it to his mechanic’s shop and invited people to come put their cars on it. Once he was satisfied with the results and his own skill-set, he officially launched Rhino Dyno, LLC at the Detroit Autorama. 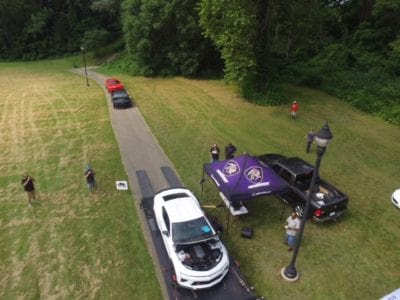 The mobile dyno proved so popular that these days, Rhino Dyno has become an integral part of the local enthusiast scene.

“On average, we do 3-5 car show a month. Our goal is to do them weekly, and we’ve got five times as many events on the books this year as we did last, including Camarofest. We do Veteran’s shows, Cars and Coffee at High Octane Café and Bakery. We’ve generally dyno’d 10 cars before noon.”

Harrell is also going to business school in Detroit, where he and Rhino Dyno are based, to further develop the skills he needs to grow this business. “This is the new Detroit,” he says. “It’s become a place to really make things happen.”

The mobile dyno is a gift to the weekend enthusiast as well as the series racer. “30% of the folks who bring their car to an event where the dyno is going to be are looking to get baselines. Another 30% want to see what the car does post-modifications. We’ve had two people with superchargers installed not 12 hours prior show up to see if they made a difference,” Harrell explains. “The other 40% just say, ‘It’s there, so why not?”

The service meets at the perfect intersection of convenience and curiosity for the race and performance enthusiast who may not have the time to find and schedule a time at a stationary dyno facility. And who doesn’t love the idea of getting an immediate result in a sea of other folks who are just as interested in horsepower and torque? 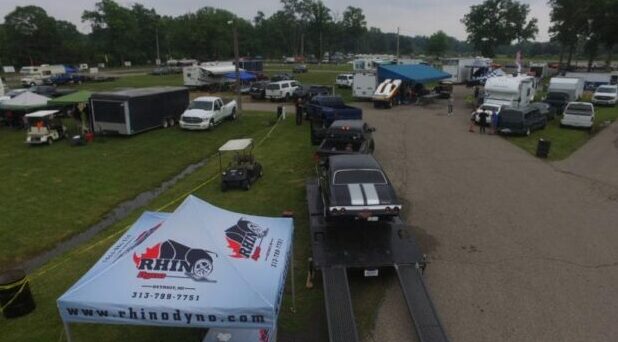 So, how do people react when they find out that their hellcats are really pussycats? “We’ve received mostly favorable responses,” Harrell laughs. “Although also some heartbreaks for owners who felt like the numbers weren’t where they should be. But the convenience is key, you can’t beat the immediate gratification.”

So far, Rhino Dyno is a family operation. Harrell is the owner/operator of Rhino, his partner handles the administrative aspects. In his spare time, what little of it there is, he’s building a small block and searching for the perfect Grand National on RacingJunk.