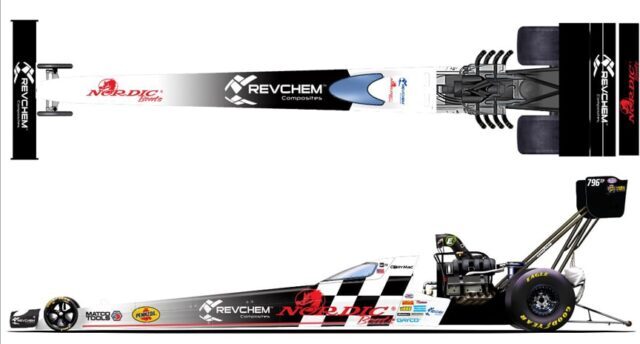 Don Schumacher Racing (DSR) is pulling out all the stops for next month’s NHRA Mello Yello Drag Racing Series return to action at Lucas Oil Raceway outside Indianapolis. After announcing on Monday that eight-time DSR Top Fuel champion Tony Schumacher would be racing a dragster for the two Indy races, scheduled July 11-12 and July 18-19, this mega-team upped the ante with the return of Top Fuel veteran Cory McClenathan.

Cory Mac, who announced his retirement last fall and entered the three final races of NHRA’s 2019 season, is still hankering to secure his 35th national Top Fuel Wally winner’s trophy. “I had made the decision to hang up my driving shoes last year,” McClenathan said, “but I ran the past three events of the 2019 season, and things didn’t go as I had hoped. I was left feeling like I had some unfinished business. 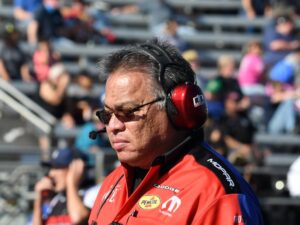 “I’ve known Don Schumacher and the Schumacher family for years and have remained close with them,” he explained. McClenathan, who has run a limited, part-time schedule in Top Fuel since his last full-time employment with DSR ended in 2010, hoped to increase his win total past the five he secured with the team during his 2008-2010 tenure. “Don knew that I really wanted to go out with a bang last year, and that didn’t happen, so when all of this talk of re-starting the 2020 season with two consecutive Indy races came about, he told me that if I could come up with the necessary funding, I could run those two events in a DSR Top Fuel dragster.”

With the ability to run a competitive car at Indy, McClenathan was able to contact some of his longtime partners and they were able to put a deal together, allowing all-time ninth-placed dragster winner to return to the track next month, first with a Nordic Boats/Revchem Composites dragster, while his rail will carry the colors of Nordic Boats/Hawkeye Industries for the second weekend of racing. Longtime Cory Mac fans should recognize the overall look of the first weekend’s car as it closely resembles his family’s famous ‘Mac Attack’ dragster from the 1990s. 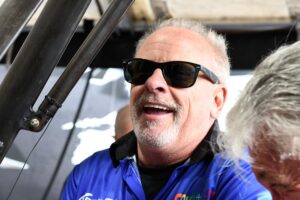 “Nordic Boats has been a big supporter of mine since 2006,” McClenathan allowed. Owners Sandy and Randy Davis are big fans of the sport and “have been with me since back in my DSR days. Revchem is celebrating its 45th anniversary this year so I’m excited to be able to showcase their brand and celebrate that milestone with them.”

Looking to tie the achievement of earning 35 race wins with the legendary Don Garlits, McClenathan is “just so excited to get back out there, see the fans and hopefully add another Wally trophy to my collection. Yes, I’m here to have fun, but I’m also here to win.”

Cory McClenathan will be at the wheel of Leah Pruett’s back-up car and is reuniting with his former crew chief, Todd Okuhara, who will assume double duties tuning both the Corona, Calif. resident’s dragster in addition to working with Pruett. McClenathan has kept his skills sharpened with frequent NHRA one-off appearances and by racing an off-road Pro-Lite truck. He’s returning to a track where he’s earned two NHRA U.S. Nationals trophies in 1996 and 1999, together with two runners-up appearances.

As will Tony Schumacher, Cory McClenathan intends to make two test runs at Lucas Oil Raceway on Friday, July 10 prior to qualifying for the E3 Spark Plugs NHRA Nationals the following day. Eliminations are scheduled to start at 9am on Sunday July 12.