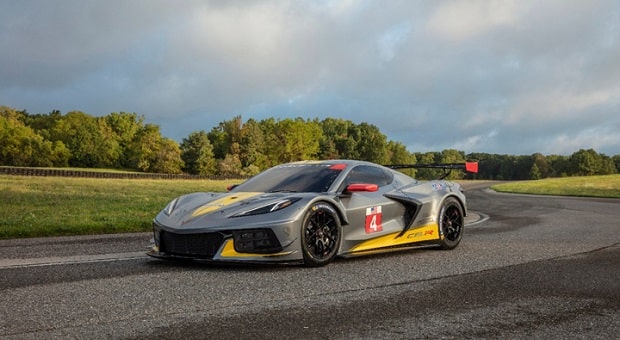 When Corvette Racing’s two-car entry arrives at Daytona International Speedway for the Rolex 24 at Daytona this coming January to start IMSA’s 2020 season, it’ll be the first time in Chevrolet’s racing history that the manufacturer has placed a mid-engine sports car in competition.

The new C8.R Corvette is the first clean-sheet race car design produced by Chevrolet since the C5.R debuted in 1999, 20 years ago. It is set to compete in IMSA’s GTLM category against factory entries from BMW and Porsche, with privateer entries that could represent both Ferrari and the Ford GT in next year’s competition.

The new street-going mid-engine Corvette Stingray, announced earlier this year, is the foundation for the C8.R and there is a deeper transfer of technology between the street production car and the new race car’s design than Corvette Racing has ever used. As a result, the C8.R shares a higher percentage of parts between the production and race car than in previous generations. 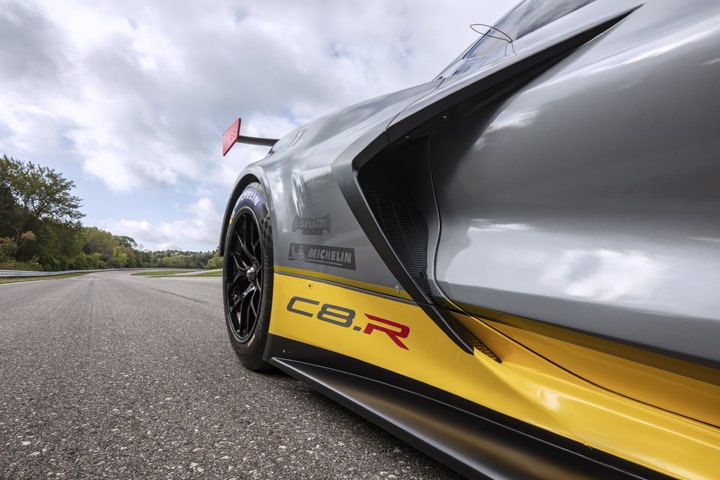 “It was important for us to develop the new race car alongside the production car,” explained Ed Piatek, Corvette chief engineer, “so that each product could properly take advantage of the new architecture. The benefits of this mid-engine supercar, including its incredible balance and connected-to-the-road feel, will be obvious on the street and the track.”

Of course, some features of the 2020 Corvette Stingray production car aren’t necessary in a racing environment. To compensate, the engineering and design teams found innovative solutions to achieve benefits out of every part of the vehicle. On the C8.R, for instance, a single centrally-mounted radiator was placed in the area used as the front storage compartment on the production Stingray. Ultra-bright racing headlights were packaged on the race car where radiators are located on the production car. 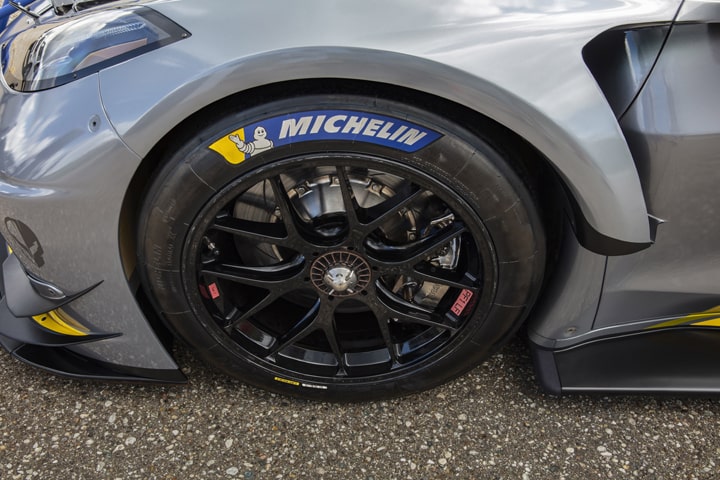 In accordance with IMSA’s GTLM rules on engine displacement, the new C8.R features a 5.5-liter naturally-aspirated V8 engine that produces 500 horsepower and 480 lb-ft of torque. A new compact Xtrac six-speed sequential gearbox has been developed to provide space at the rear of the car in order to package its diffuser, Corvette Racing stated.

“We have looked forward to racing a production-based mid-engine Corvette for a while,” said Jim Campbell, Chevrolet’s U.S. vice president of performance and motorsports. “The debut of the C8.R is the result of immense collaboration between GM Engineering, Propulsion, Design and the Corvette Racing team. As Corvette Racing enters its third decade of competition, we’re excited to begin the next chapter.”

As is customary in race car development, improving aerodynamics, increasing stiffness and decreasing weight from the previous generation were all primary focuses of Corvette Racing’s new C8.R’s development. Using computer analytics made it possible to start design well in advance of any production Corvette components being available. 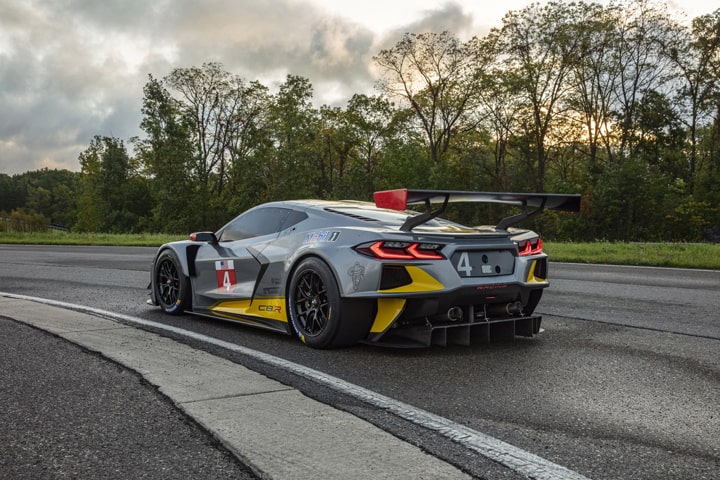 Chevrolet’s state-of-the-art “Driver in the Loop” simulator was heavily utilized to evaluate numerous chassis and aero design concepts, The engineering and design teams produced thousands of 3D-printed rapid prototype parts for chassis and wind tunnel testing. The use of these development tools helped Corvette Racing achieve their goals in aerodynamics, vehicle dynamics and weight distribution.

Corvette Racing’s C8.R uses a production 2020 Stingray chassis structure, produced at the Bowling Green assembly plant, which is then modified to meet race series requirements. This makes it significantly stiffer and lighter than its predecessor, the C7.R, which makes its final appearance this weekend at Michelin Raceway Road Atlanta in the 22nd annual Motul Petit Le Mans.

As one door closes for the C7.R, its successor, the C8.R, will take a ceremonial lap on Michelin Raceway Road Atlanta prior to the green flag for the 10-hour Petit Le Mans race on Saturday. 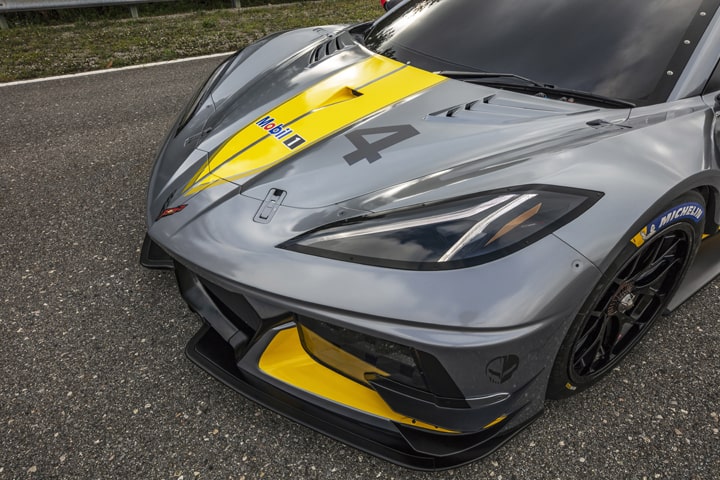