Corvette Racing’s C7.R yellow race cars could be the most developed GTLM in either the IMSA or FIA World Endurance Championship (WEC) paddock. They’re also the oldest, as BMW, Ferrari, Ford GT and Porsche are all newer models or more severely updated than the current Corvette, which finished 16th overall and sixth in class at January’s Rolex 24 at Daytona.

Even with the lack of a new chassis and engine, Corvette Racing plugs on and provides competition for the GTLM ranks. It will doubly do so next month at Sebring, where IMSA completes its “36 hours of Florida” racing the 67th annual Mobil 1 12 Hours of Sebring one day after the WEC conducts its 1,000-mile race on the bumpy former airfield named Sebring International Raceway.

Corvette Racing has entered a single C7.R for the WEC event, part of its 2018-2019 Super Season, with Antonio Garcia, Jan Magnussen and Mike Rockenfeller racing a No. 64 Mobil 1/SiriusXM Corvette in Friday’s WEC race; the trio reverts to the No. 3 Corvette on Saturday for the IMSA race. Garcia, Magnussen and Rockenfeller have combined for nine Sebring victories between them and won together in the 2017 contest. 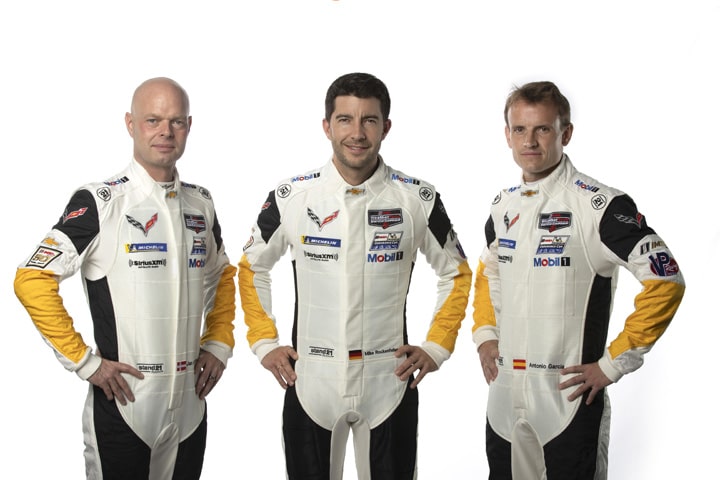 Thus far in WEC’s Super Season, Corvette Racing has taken part in two events, making the Sebring venture their third. The team had two cars at last year’s 24 Hours of Le Mans and brought a single, Redline-themed Corvette C7.R to the Six Hours of Shanghai for Oliver Gavin and Tommy Milner.

The Sebring WEC race affords Corvette Racing another opportunity to extend its highly successful record on the historic race track. The team has competed at Sebring every year since 1999, when Corvette Racing began competition. Since then, Corvette Racing has racked up 11 class victories, including three in a row from 2015-2017, running over more than 43,000 completed miles of racing.

Sebring is widely acknowledged as one of the most difficult endurance races for IMSA – and now for WEC – thanks to its tricky surface and, occasionally, weather-affected outcomes.

“We have many miles of testing and competition to draw from for both the IMSA and WEC events,” noted Garcia. “It will be tough on all of us, but that is why we come to Sebring.” 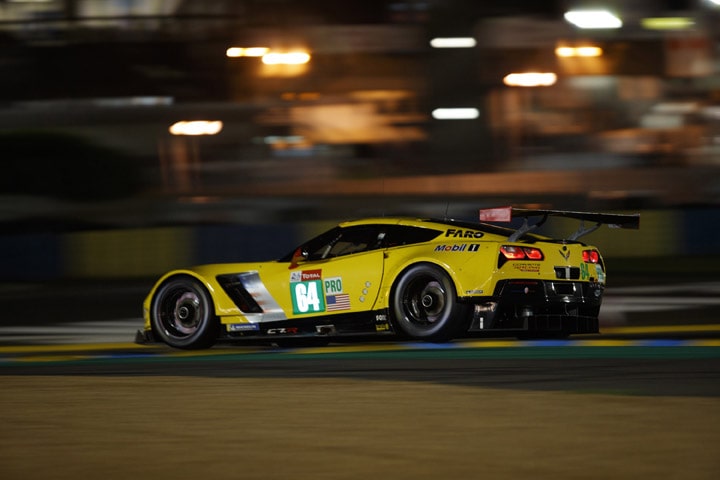 While Magnussen has never driven in two endurance contests over a single race weekend, he’s definitely looking forward to the challenge. “The preparation level has been high as we’ve had to train and ready ourselves more than ever. I think all three of us drivers will be extra sore come Sunday after the race, but that’s the allure of Sebring. You get to push and punish yourself like no other time during the year.”

Mike Rockenfeller was part of a highlight reel in 2011 when he was driving for Audi at Le Mans. He had a major late-night accident on the Mulsanne straight that, after Allan McNish’s first-hour crash, left Audi Team Joest with a single entry (one that won the race). The tough Rockenfeller knows that racing the Sebring track “always takes a beating. Now we will take twice the beating,” he said. “This will be a big effort, but there isn’t a team better to be with for this ‘double’ than Corvette Racing.”

The FIA WEC’s 1,000 Miles of Sebring takes the green flags at 4PM ET on Friday, March 15, which Shakespeare fans will realize is the “Ides of March.” IMSA’s WeatherTech Sports Car Championship half-day contest begins at 10:40AM on Saturday March 16. 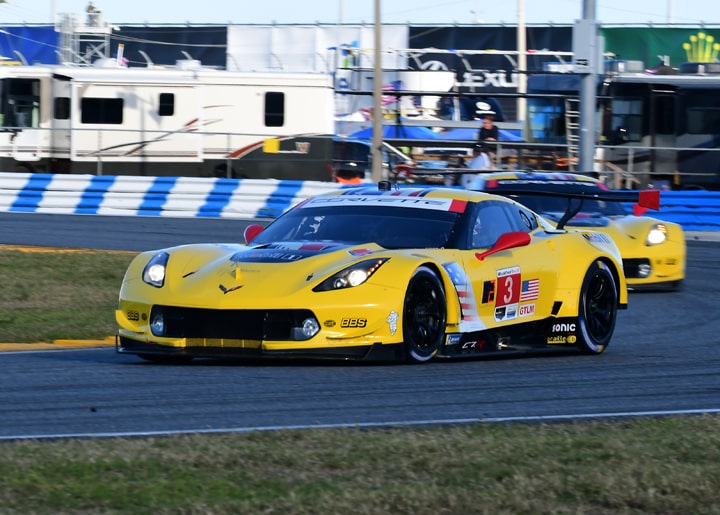