RacingJunk News > News > Corvette C7.R Testing at Roar Before the 24 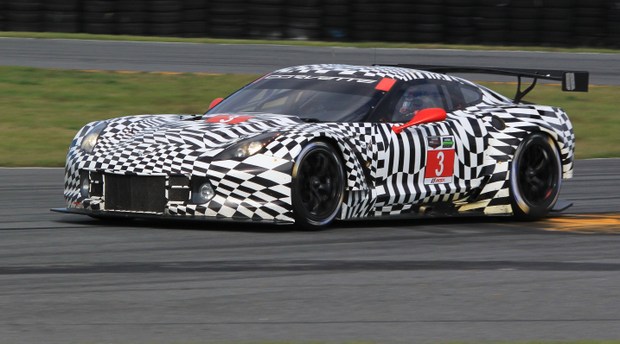 Corvette Racing was out with their two new Corvette C7.Rs this past weekend at the TUDOR United SportsCar Champsionship’s Roar Before the 24 testing event at Daytona International Speedway. The pair of GT Le Mans class race cars were running on the track in full camouflage, awaiting their official public debut later this month at the North American International Auto Show in Detroit.