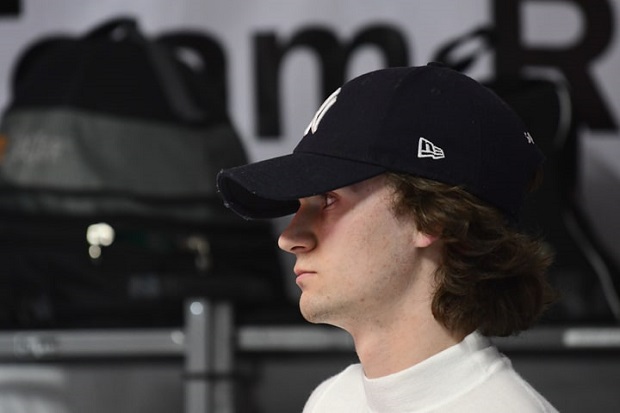 You could say the 2019 racing season is starting out really well for Colton Herta, the 18-year-old son of former multi-series driver and current team co-owner Bryan Herta.

Colton was part of the GTLM-winning Rahal Letterman Lanigan BMW team at this year’s Rolex 24 at Daytona, earned an eighth-place result in the season-opening Firestone Grand Prix of St Petersburg NTT IndyCar Series race (from 11th on the grid), and this past weekend became the youngest driver to win an Indy car race when he took twin checkers in the INDYCAR Classic at Circuit of the Americas (COTA) outside Austin, Texas. 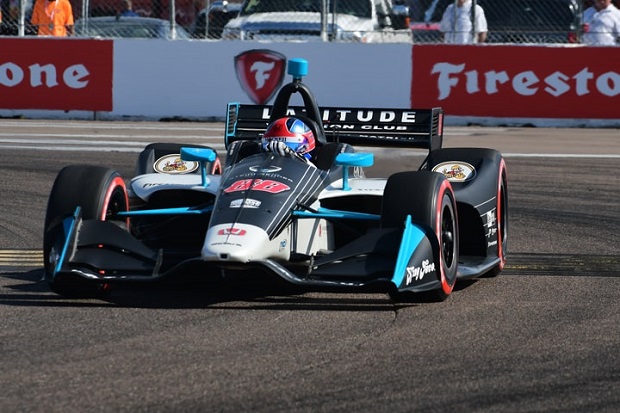 Colton Herta will turn 19 this weekend. His victory wasn’t a gift; he earned it. When INDYCAR held its open test earlier this year at COTA, Herta’s NO. 88 Harding Steinbrenner Racing (HSR) Honda-powered Dallara was class of the field, leading all comers in the two-day test on COTA’s 3.41-mile, 20-corner circuit. His HSR racecar looked like a magnet to the long and undulating road course.

When the series returned to COTA last weekend for race No. 2 on a 17-contest calendar, Herta was again quick in the opening practice, before his Honda engine expired and kept him out of the second 45-minute session. He returned for a late-afternoon, half-hour warm-up and was second to Team Penske’s Simon Pagenaud.

After starting fourth on Sunday in a stout 24-car field, Herta took advantage of the sole caution period, found himself at the front of the pack and made a veteran’s restart over Penske’s Josef Newgarden and Andretti Autosport’s Ryan Hunter-Reay to lead an All-American podium in a 10-lap dash to the close of this 60-lap contest.

Herta didn’t put a wheel wrong. As part of a stellar rookie class that includes Felix Rosenqvist, Marcus Ericsson, his former teammate Patricio O’Ward and Santino Ferrucci, Herta’s Sunday driving clinic showed the kind of calm, efficient, poised maturity some racers never attain. There’s a lot of credit for this kid’s stature and his early visit to Victory Lane in only his third IndyCar Series start. Much of it stays in this paddock.

Of course there’s dad, Bryan Herta, who was so intent on negotiating Marco Andretti’s vault from 20th to sixth at race close that he barely had time to see what his son was doing. Herta and wife Janette, sent their son, who started karting and winning at age 10, to Europe to hone his craft five years after his first competition.

The two years Colton Herta spent in Europe accelerated his maturity, as neither Bryan nor Janette went with him, forcing their eldest son to make his own way. He hung with his mechanics, asked questions and drove for current INDYCAR team owner Trevor Carlin in British Formula 4 when he 15-16, learning his craft from afar and earning podiums, winning races far away from home. 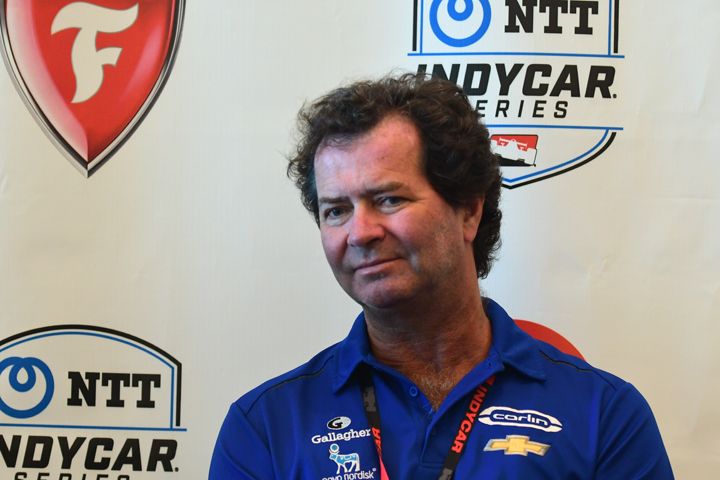 Quite frankly, had Team Penske’s Will Power not had his driveshaft issues (after leading 45 laps) and Alexander Rossi not been caught out by the caution and needed an later pit stop, who knows how this would have turned out? Would Herta have finished third, where he’d been running much of the race? “We did think we were third best; on the restart we were quick and kind of sprinted off,” Herta said.

After the victory, COTA’s Twitter account was changed to “Colton of the Americas” in honor of its young winner. His wasn’t the only great story to emerge from HSR. Team co-owner, George Michael Steinbrenner IV, INDYCAR’s youngest owner at 22, earned his first INDYCAR win, as did Mike Harding, putting their little team into elite territory.

Herta’s former Indy Lights teammate, 2018 Lights champion Patricio O’Ward, who was supposed to be his teammate at HSR, is racing for Carlin and, in his first start for that team started and finished eighth. The All-American podium was comprised of Herta, Newgarden and  Hunter-Reay, with Graham Rahal fourth. In all, there were six USA-bred racers in the top 10 on Sunday.

The veterans in INDYCAR ought to take note of Colton Herta’s words after he earned victory and drank the misplaced champagne – the track secured a non-alcohol drink for him but he was passed the real deal – about his driving style, what he likes in a racetrack and how the COTA circuit suits him.

“This is a wicked place. I think it kind of helps that it’s low grip as I think I thrive a little bit more on low-grip situations. That’s kind of what you need to get though the Esses fast. A lot of the guys that were struggling had a lot of understeer in the Esses,” At this track, he assured, “Being able go drive a loose car is key, being able to hold onto it.”

While ensconced in second place behind Newgarden, things could change when the series encamps at Barber Motorsports Park next weekend and at Herta’s home track a week later for the Acura Grand Prix of Long Beach. The Southern California native,. having now tasted both victory and illicit champagne, is hungry for more. And the next time he races, he’ll only be 19.