The engine was met with cheers and champagne toasts from the gathered crowd at SEMA in Las Vegas on November 4th, the day before the show officially opened to the public, as the revived Lencki 6 Mark 2 roared out it’s first blast in 50 years to the assembled crowd. The Coker Group could not have been more pleased, or proud. They had brought Joe Lencki’s vision back to life for a new generation of racing. 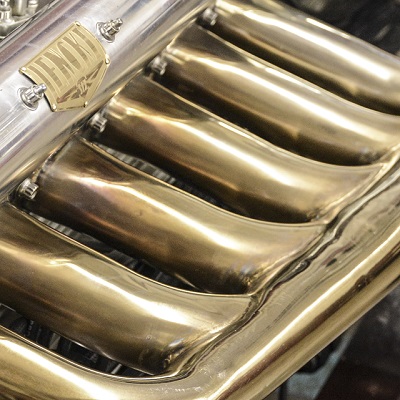 Originally, the “Lencki Double Overhead Cam Six” engine was drafted by Leo Goosen to Joe Lencki’s specifications and built at Fred Offenhauser’s manufacturing plant. Lencki had worked on a variety of Ford engines, and had come up with an idea that he was sure could win at Indy. He brought the specs to Offenhauser to build.  The Lencki Six Engine was completed  in 1938 for the Blue Crown Special race car and debuted at the 1939 Indianapolis 500. The unique design, with the two extra cylinders, intrigued onlookers while the performance of the Blue Crown Special astounded drivers (despite a failed fuel pump which set the whole vehicle off track). The Blue Crown always performed well at Indy, but never won due to various mechanical problems.  The engine, however, was a revelation, one Coker knew deserved another look. 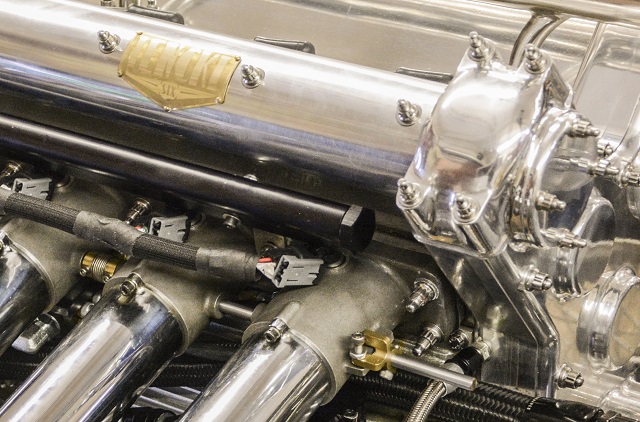 Now, thanks to the efforts of Corky Coker and Mike Cunningham, the Lencki Six engine has another shot at greatness. The original Hilborn manifold has been converted to electronic fuel injection, and numerous speed secrets are hidden beneath the  inline six.   274 cubic inches of raw horsepower and hand-crafted components characterize the beast. It’s fitting -the engine is designed for a high-end hot rod, Indy car restoration or vintage boat. Production will be limited and each engine priced around $100,000 – an expensive, but potentially priceless, addition to a race car.

To hear the engine for yourself, check out the video below from the reveal: