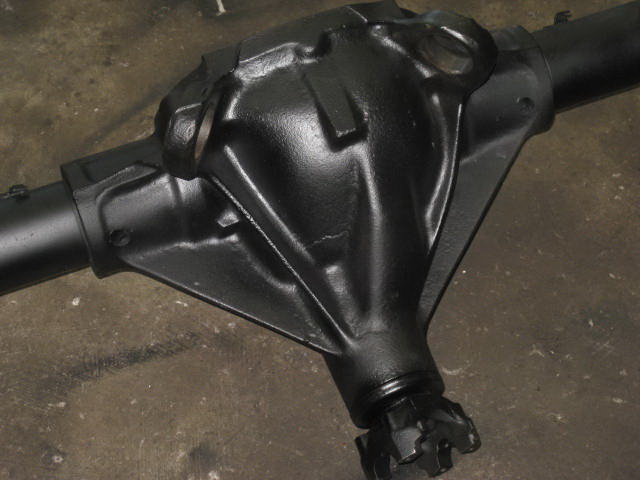 What Is a Differential?

Almost every motor vehicle made these days requires a differential. Every vehicle with an engine and transmission needs one. The differential, in a read drive vehicle, translates the longitudinal rotation (more on that later) of the driveshaft to the axial (later on for this too) rotation that the wheels need to drive the vehicle forwards or back. The differential is also responsible for sending the engine’s torque to the drive wheels.

Vehicle engines are mounted one of two ways in the vehicle: axially, for front wheel drive, and longitudinally for rear drive vehicles, with the front of the engine being at and pointing at the front of the car. Thus, longitudinal rotation is rotation along the lengthwise-front-to-rear- axis of the vehicle. In front wheel drive vehicles, the differential is an integral part of the transmission and the full assembly is called a transaxle.

What Types of Differentials Are There?

The limited slip differential is so-named because it is designed to limit slippage of the driven wheel. In other words, when the differential “senses” that one wheel has lost traction, it will send the torque to the wheel with more traction. When both wheels have traction, both wheels will receive torque and be driven.

A good example of this can be seen when a car equipped with a limited slip does a burn out. You may see tread marks from both wheels or you may see marks from only one. However, you may also see the burnout marks swap sides. This is because the diff “senses” the wheel burning rubber losing traction and sends torque to the other wheel, but then that wheel breaks traction. The process can be repeated until the vehicle’s velocity catches up to the applied torque, or the diff can go into posi-mode and deliver torque to both wheels.

Another reason that we have limited slip differentials is about physics. When two wheels on a single axle track through a corner, the wheel on the outside of the turn (example: The left wheel when turning right) has to travel farther. If the differential delivers the same amount of torque to both wheels, the inner axle has a good possibility of stripping gear teeth or snapping.

The Locker or Spool Differential

The differential types listed above all have one drawback when considering them for use in our strip burners. They both introduce or allow some loss of engine torque through internal slippage. This isn’t good for our strip burners. We need full power transferred to the ground all the time. Since we aren’t doing any cornering at speed, we don’t want that slippage.

This type of differential is commonly referred to as a posi or posi-trac differential. This is the kind of differential that most race vehicles have, whether straight liners or circle/oval track racers. Oval and circle track racers usually use tires of differing sizes to make up for the difference in distance travelled by the right wheels.

A posi rear-end delivers torque to both wheels, regardless of whether either has full traction or not. You can see this when a dragster does its warmup burnouts. Both tires throw off huge amounts of smoke and leave tire marks (although you won’t see them if the track is “seasoned.”)

The Parts of a Differential

Most GM and Ford rear-ends have their cover on the rear of the diff. This cover is usually secured to the housing with anywhere from 10 to 15 bolts, give or take. These differentials can be worked on without removing the driveshaft or dropping them from the vehicle. Most older Mopar axles, however, require you to remove the driveshaft because the central portion of the axle housing itself is two-piece.

The driveshaft connects to an input yoke which is connected to a shaft that passes through a seal into the axle housing. On the other side of that shaft if the pinion gear. The pinion gear drives a large round gear that is sometimes called the ring gear, while others call it the pumpkin gear.

Inside the carrier are two more sets of gears. Two of the gears are physically connected to the carrier and rotate with it. These are called either spider gears or planetary gears. I learned both terms at an early age. Planetary gear is usually used because they rotate around the two end gears which are connected through internal splines to the axle shafts.

The Meat and Potatoes-Gear Ratios

Waitaminit there Mike!?!?! We want more turns of the axle for every turn of the pinion!  Yes, yes you do. However, the gear ratio is also a type of mechanical advantage, a torque multiplier if you will. The higher the number/ratio, the more the torque is multiplied. If your engine is putting out 500 pounds-feet and you have a 4.10 rear gear, the final torque applied to the wheels will be in the area of 2050 lb-ft. However, if you’ve got 3.83 gears installed, you’re only putting 1915 lb-ft to the ground. Those 3.83 gears? Strictly street use, my friend.

Ok, now throw all that out the window. Those 4.10 gears are for the engine that makes most of its power in the upper RPM ranges. Some engines, such as some from Buick, Olds, and Pontiac make most of their power in the lower ranges. Cars with these engines, and dragsters that are nitrous-equipped are going to want higher gears, possibly as high as 3.50s or 3.73s.  These higher gears help spread the torque range out some and allow you to make use of every bit of torque all the way through the traps.

Use a Gear Ratio Calculator to Choose the Right Gears

There is no hard and fast rule on determining what gears you’re going to want other than use a gear ratio calculator. Exactly what ratio you need for maximum strip performance will depend on your engine’s output, the top speed you’re shooting for, and the size (external diameter) of your tires at speed. That last part is important. Whether you’re running a set of street-legal Goodyear

Eagles or a set of Mickey-Thompson or Hoosier slicks, your tires will expand as their rotational speed increases. This affects the final drive ratio of the rear-end.

Watch an NHRA race with dragsters using those large slicks. As the driver does his burnouts and his launch, pay attention to the rear tires on the car. You’ll notice that the outer diameter of the tire can increase by as much as a foot. The taller the tire is, the more distance it will travel per revolution. For this reason, when building a strip burner, don’t use tires that will completely fill the wheel well if you’re building a closed wheel racer. Remember tire expansion.

Who Makes the Best Racing Differentials and Axles?

What day of the week is it? Who is making the recommendation? My favorites are Strange Engineering and Dana/Spicer. However, some of my racing friends also rear-ends and axles from Wallace Racing and Moser Engineering.

1 Comment on Choosing the Right Differential for Your Strip Burner