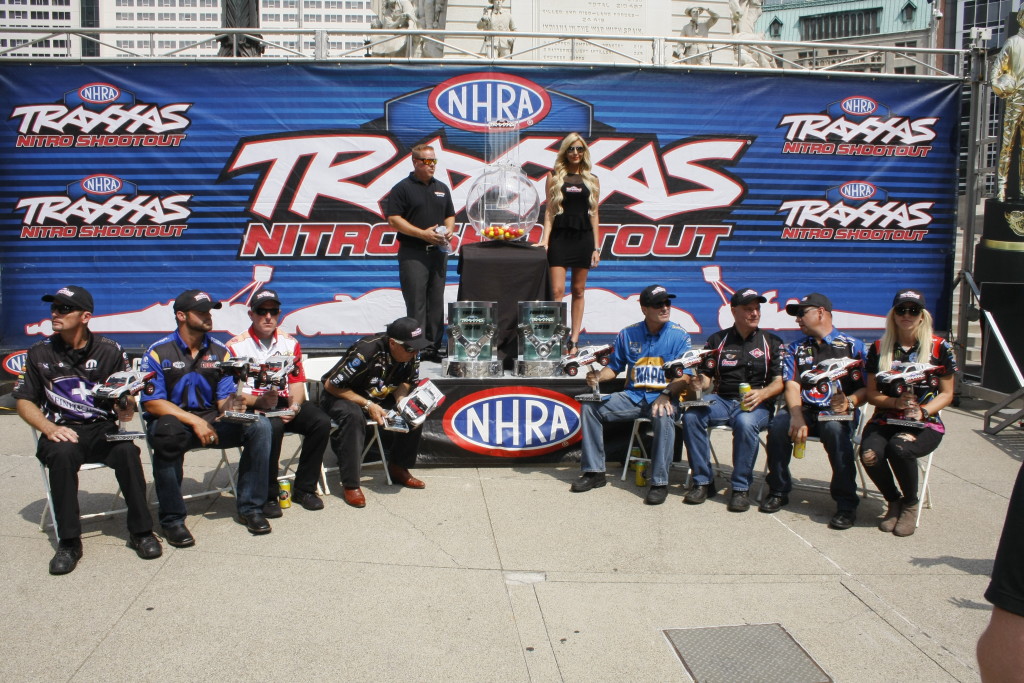 The 61st Chevrolet U.S. Nationals has become the ‘Bigger Go’ in 2015 with NHRA’s most esteemed race now having so much more at stake in points, purses, and prestige.

To entice more drama to the buildup to the NHRA Countdown, this year’s Indy is a points-and-a-half race, meaning 30 points is awarded for a round win and winning the race means 150 points instead of the usual 100, leaving endless combinations of how it will all play out.

There’s been lots going on this race weekend and the first is about the Top Fuel Traxxas Shootout race on Saturday with $100,000 to the winner.  With Spencer Massey out, J.R. Todd grabbed that No. 7 spot and after the Fan Vote lottery on Wednesday, Clay Millican made it in as No. 8 seed and will race Tony Schumacher first round.

“How about that, my little man upstairs may have helped get that ball in there for me,” said Millican, who is racing with a heavy heart after the recent death of his son, will be appearing in his first Traxxas Nitro Shootout.  “I am pretty excited and appreciate everyone at Traxxas for putting on this race.  It’s always fun racing Tony so I am looking forward to it.”

Now for inclusion into the Top Fuel Countdown, No. 11 Millican and No. 12 Dave Connolly would have to win the race out right to get in.  Both are trailing Massey (888) by 124 and 134 points, respectively. 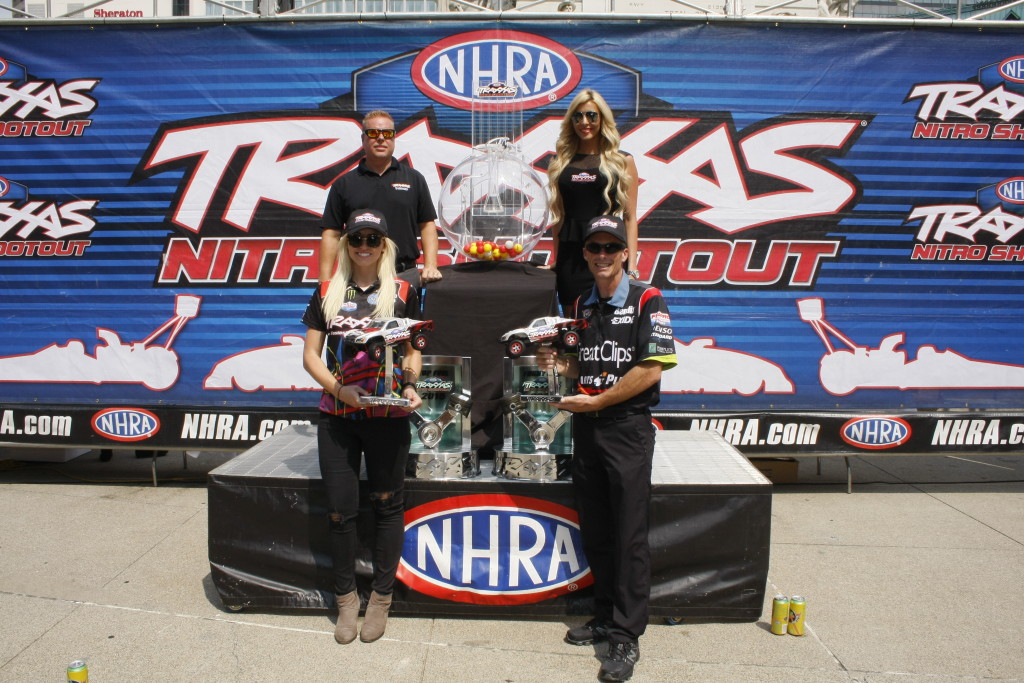 In Funny Car, Courtney Force won her Traxxas Fan Vote lottery ticket and goes from the No. 8 position against the powerful Jack Beckman on Sunday at high noon.  From her Mello Yello viewpoint, she trails Alexis DeJoria by 73 points and outside in the No. 11 post in the NHRA Funny Car points standings.

“Our focus is going rounds and doing our best at getting into the Top Ten for the Countdown to the Championship,” said Force.  “We are in a tough position being in the No. 11 spot, but we are going to do all we can to make it happen.  We are staying positive and focused with the big weekend ahead.”

It’s hard to believe, but this year it will be the 50th anniversary of Don Prudhomme’s first NHRA Indy win behind the wheel of Roland Leong’s Hawaiian Dragster.  He beat TV Tommy Ivo in those finals running a time of 7.505 seconds, 207.33 mph to Ivo’s run of 7.81 seconds at a speed of 202.70 mph to take his second NHRA National event win.

“That one was my all-time favorite race,” said Prudhomme.  “I know the first one always seems to be the most memorable, but that year Wally Parks was there at the far end after we won.  We were always good friends and he was getting along in age after retiring.  I had a private moment with him that was really special.  It made the whole deal worthwhile because I know he was so proud of me and what we had accomplished.  He knew where I started.  He used to give me some fatherly advice about different things.

“So having Wally there after I got out of the car is like having your dad there.  He was proud and that’s all that mattered.  That was a great race to win.  We had a hot hand in 1989 running a 5.172 ET in the race and I have to thank the Skoal guys because racing with them was the best.  I think those days are long gone.  The relationship we had with Skoal won’t ever happen again but we were happy to give them the U.S. Nationals trophy at the end of the long day.” 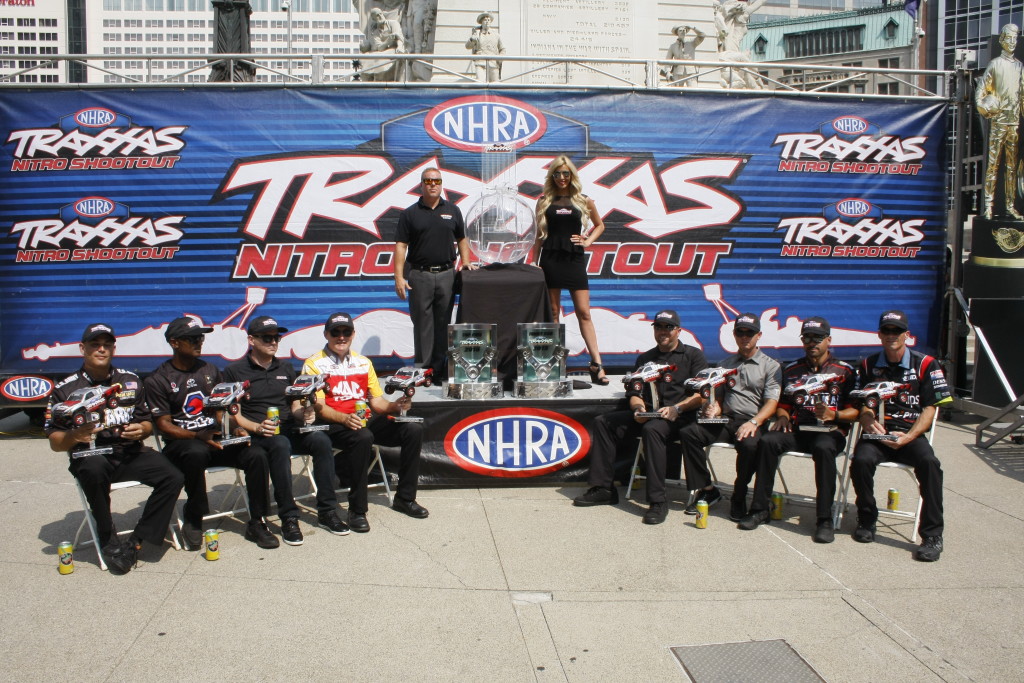 ESPN and ESPN2 will televise coverage of the Chevrolet Performance U.S. Nationals. Seven hours of qualifying coverage and reporting of the Traxxas Nitro Shootouts will air on ESPN from 11 a.m. – 3:30 p.m. (ET) and on ESPN2 from 11 p.m. – 1:30 a.m. on Sunday, Sept. 6.

Monday’s (Sept. 7) eliminations for the Chevrolet Performance U.S. Nationals will be featured in three hours of coverage on ESPN starting at 4 p.m. (ET) and LIVE on ESPN3.com at 11 a.m.