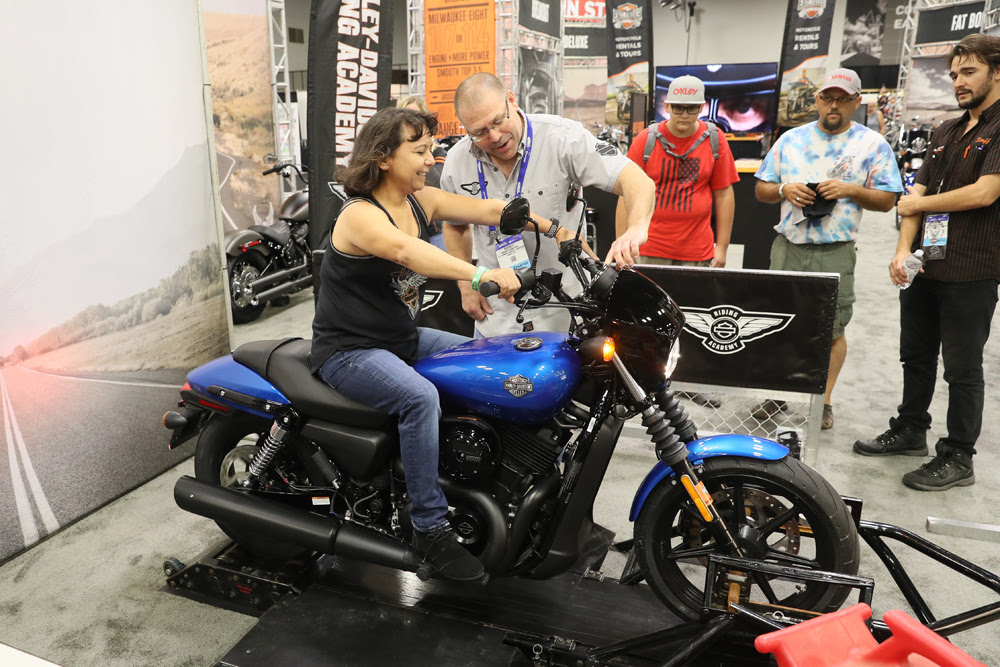 At the 2017 American International Motorcycle Expo presented by Nationwide (AIMExpo), some of the USA’s best custom bike builders showed off their latest creations in the Championship of the Americas. This remarkable demonstration served as a dramatic conclusion to the event, which ended Sunday, and also served as an automatic qualifier for the AMD World Championship of Custom Bike Building. 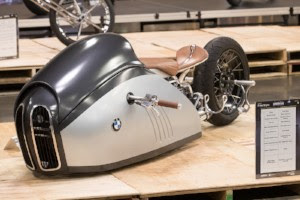 31 bikes, from 24 builders entered into one of four classes: Free Style, Performance Custom, Retro Custom, and Street Custom. There was also a people’s choice category, on which all attendees of the event could vote. 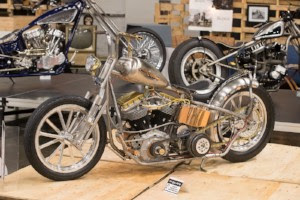 The winner of the Free Style category was Tim Dixon of Gas Axe Chop Shop in Ten Mile, Tennessee, and his bike, Pennie Lane. This reserved him a spot on the American contingent that will travel to Cologne, Germany and Intermot 2018 for the world championship. The People’s Choice went to a BMW Alpha built by Salt Lake City machinist Mark Atkinson, inspired by a concept created by Turkish designer Mehmet Doruk Erdem. 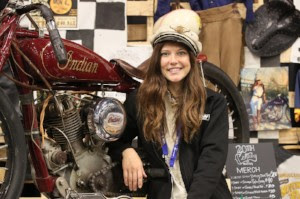 Alongside the Championship of the Americas, Custom Culture powered by BMW Motorcycles also housed the Simpson “Paint Slinger” Shootout, in which 20 Simpson M30 Bandits were custom painted by skilled artists and placed on display for all to see. The winner was Kacey Elkins of Krossover Customs in Stanford, Kentucky, whose design will become a limited edition run of 400 helmets. 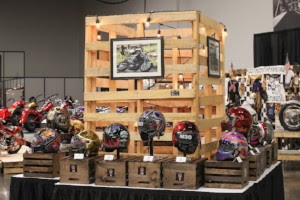 Antique motorcycle racer Brittney Olsen served as ambassador, educating attentive attendees about the early era of American motorcycle racing and displaying some of her own vintage race bikes. Beside Olsen’s space stood “Artisans Row,” a showcase for skilled craftsmanship in specialty areas like leather work and pinstriping. 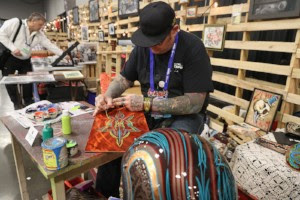 The city of Columbus gave its own contributions as well; famed local dealerships A.D. Farrow Co. and Iron Pony Motorsports both saw high traffic at their exhibits. 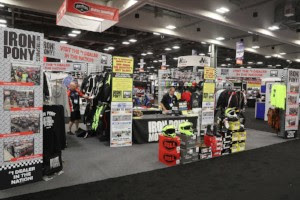 A.D. Farrow is the oldest Harley-Davidson dealer in America, celebrating 105 years in 2017. Today, the company has three locations in Columbus, including its original location, and has remained a stalwart in the community and served as an icon for the industry. 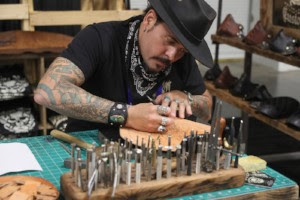 Iron Pony Motorsports is one of the largest dealerships in the USA, with 12 different manufacturers represented inside its 133,000 square foot showroom. The family-owned dealership opened in 1975 and features a vast selection of OEM and aftermarket products, along with an EagleRider Columbus rental program and its own riding academy in association with the Motorcycle Safety Foundation and Motorcycle Ohio safety instructors. 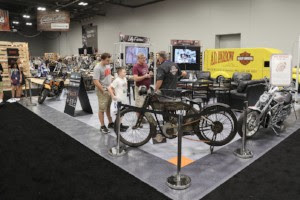 When speaking of companies, of course, we cannot forget Nationwide, which this year acted as the presenting sponsor of AIMExpo. The Nationwide exhibit space was front and center on the show floor, giving attendees a chance to snap a photo with a Nationwide-sponsored Dale Earnhardt, Jr. NASCAR stock car shipped directly from Hendrick Motorsports’ headquarters in Charlotte. 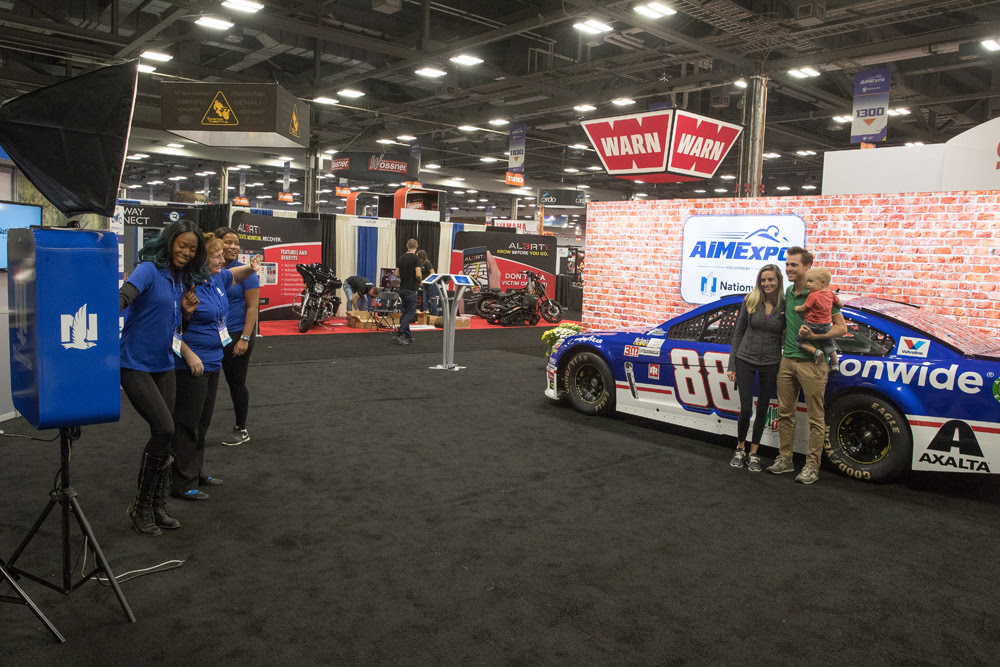