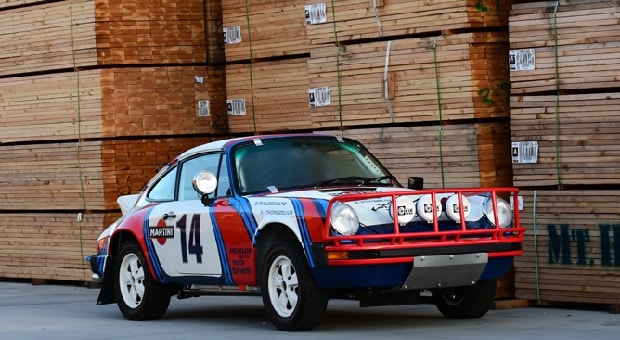 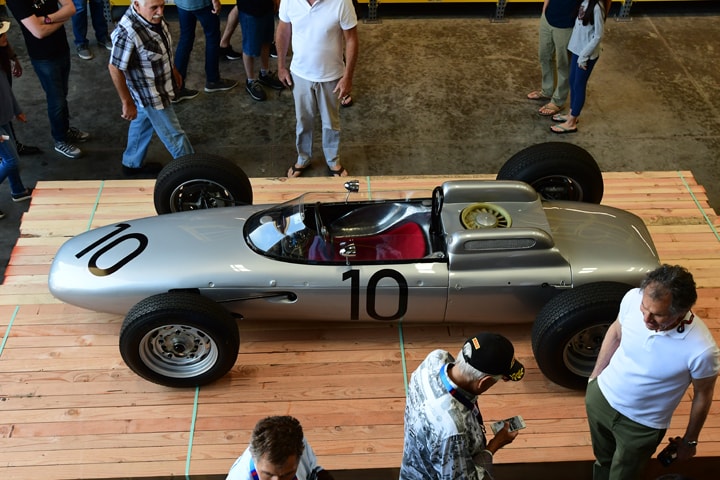 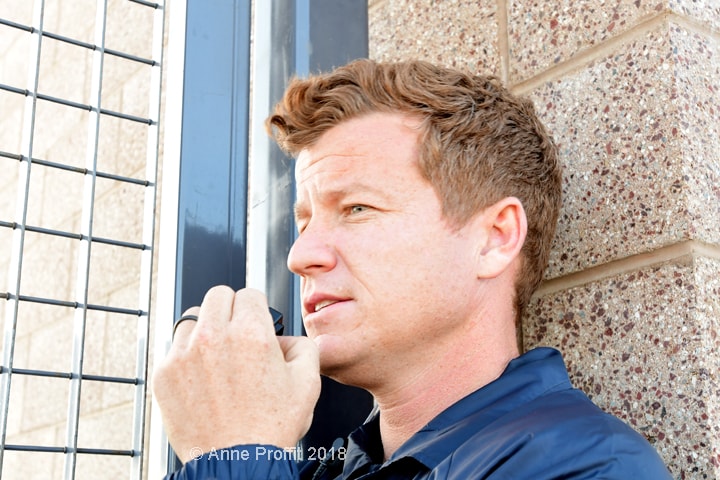 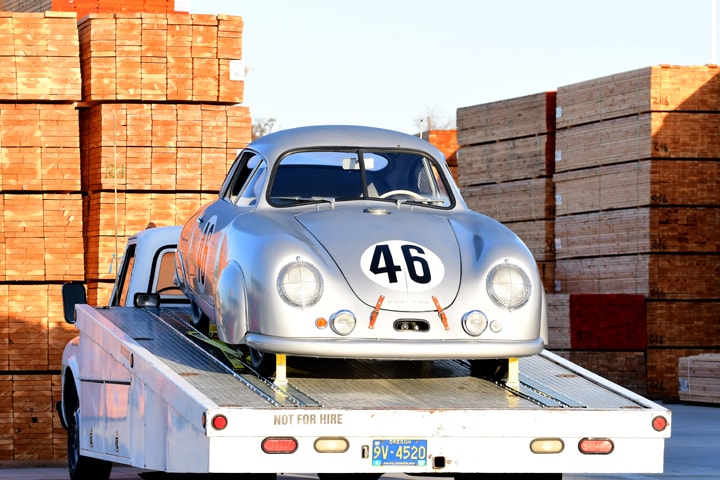 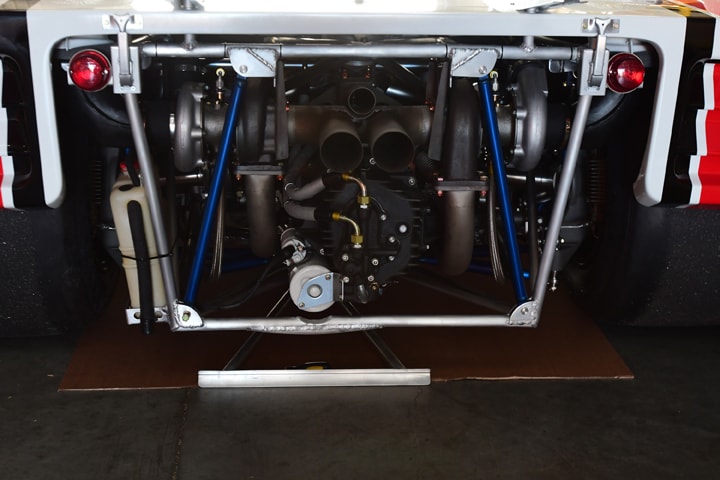 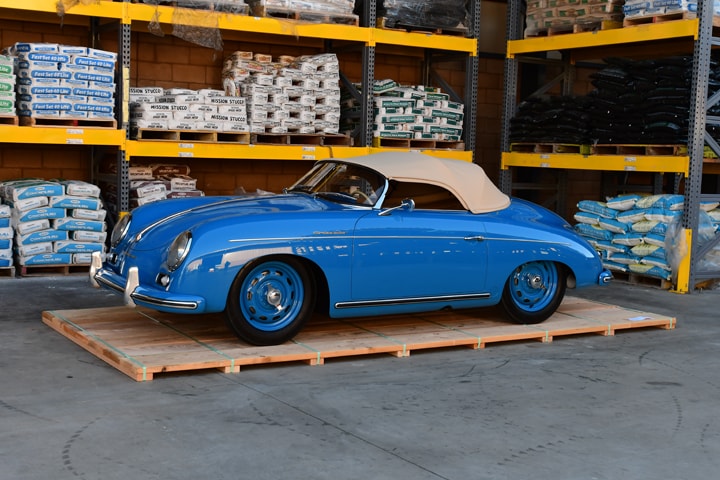 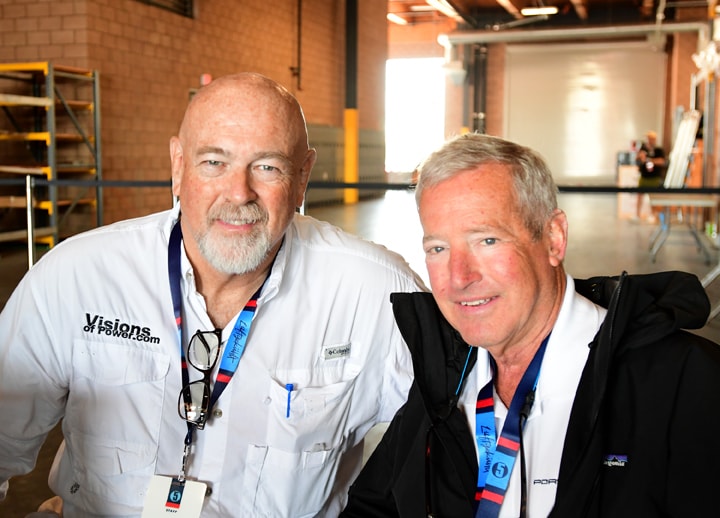 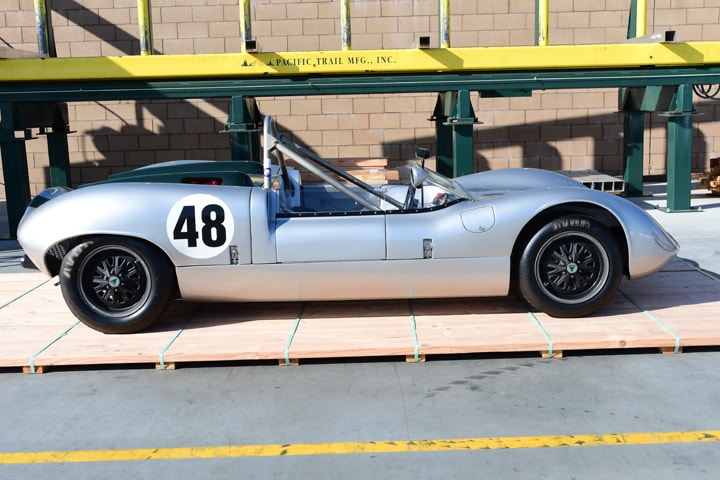 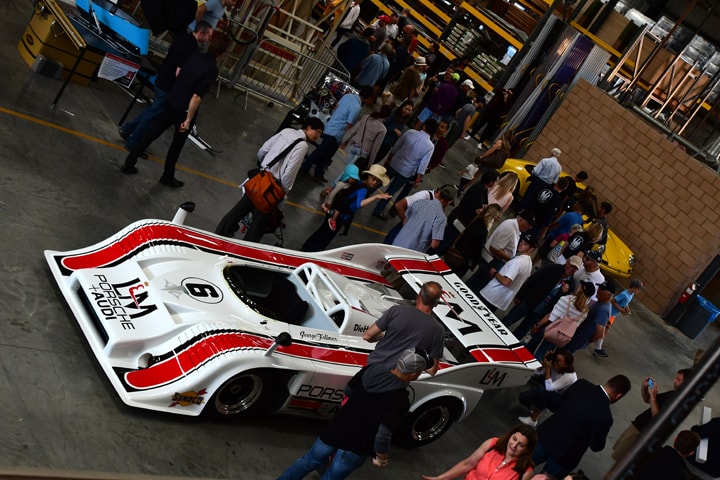 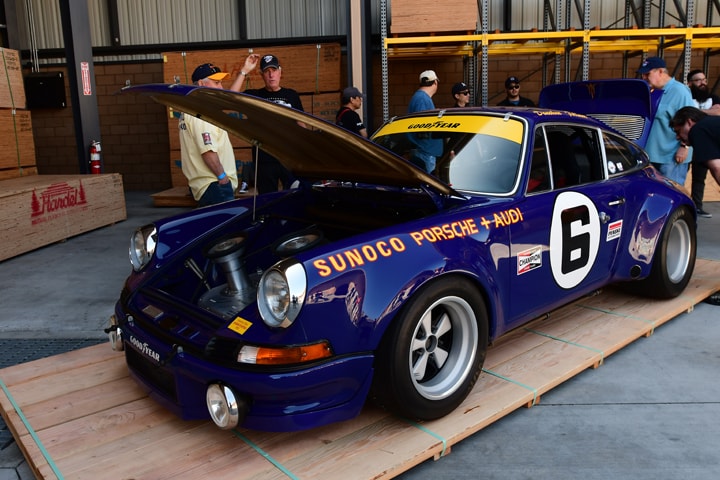 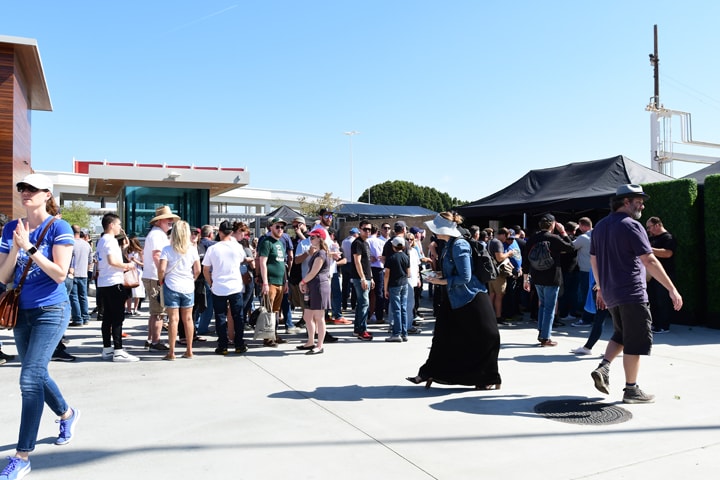 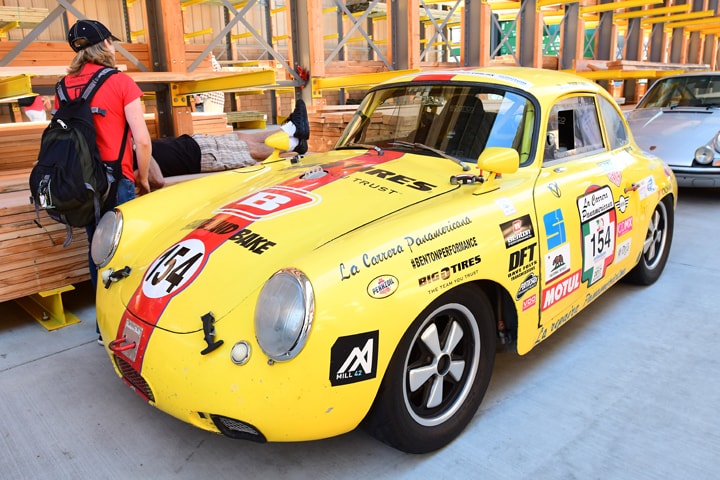 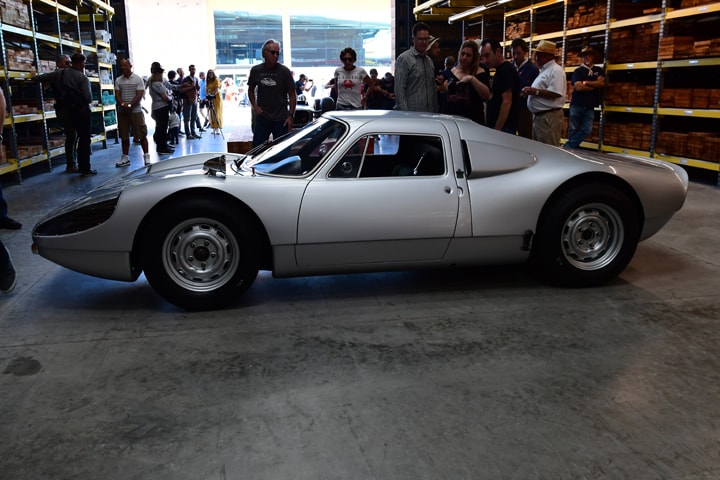 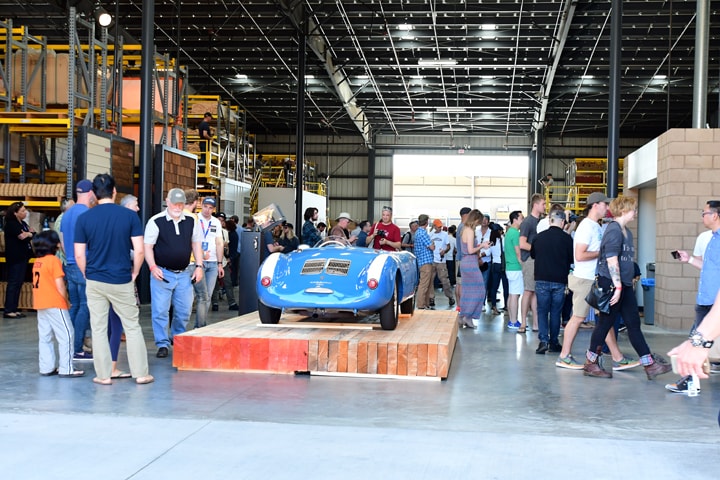 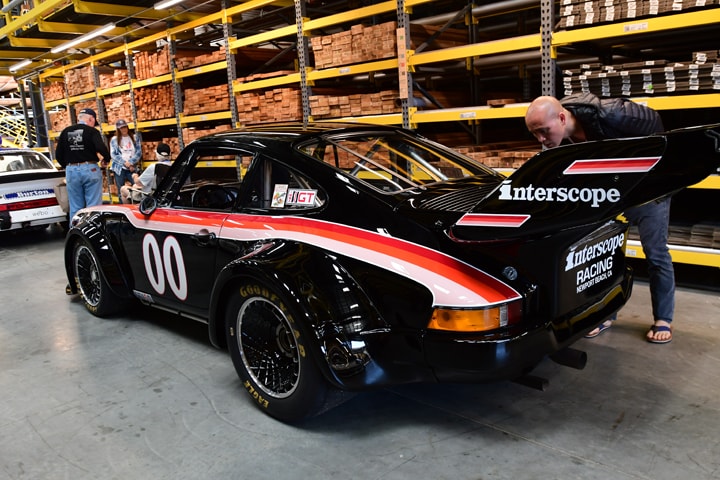 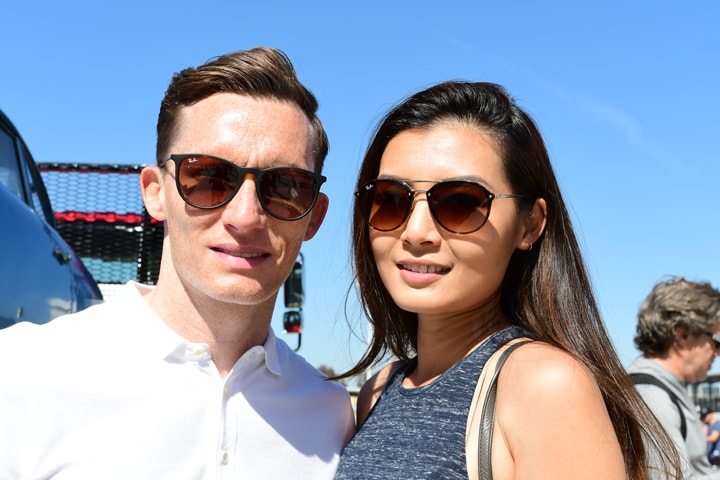 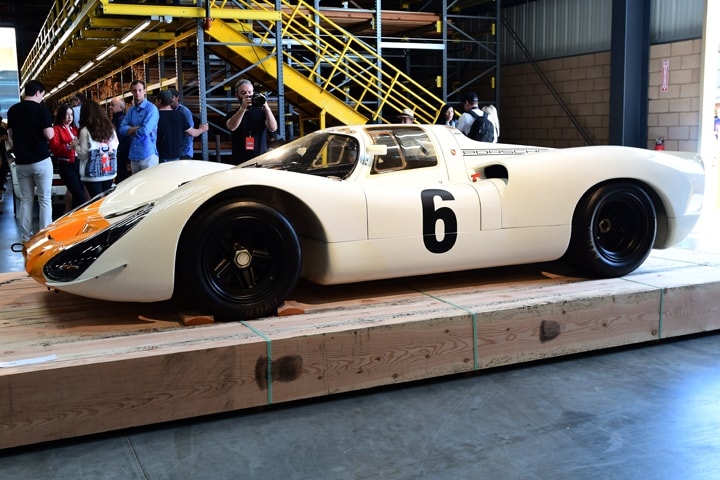 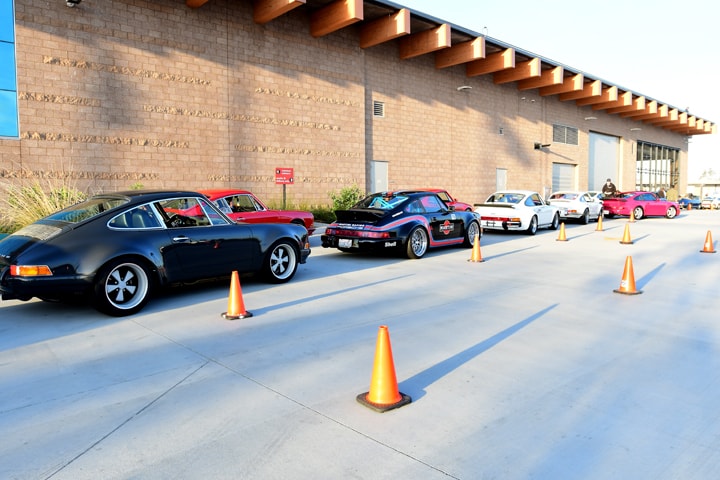 Five years ago, Porsche factory driver Patrick Long put on the first Luftgekühlt, a celebration of the air-cooled Porsches that helped bring the company branding, marketing and motorsports success. A good number of cars showed up for the first Luftgekühlt, mid double-digits, and every year the event has grown and grown and outgrown every venue it’s had in the greater Southern California area.

This year, Long placed the event in a lumber yard. Not just any lumber yard, but the huge Ganahl Lumber Co. in Torrance on Crenshaw Boulevard. And so, starting around 5:30 on April 22 - Earth Day - the sound and smell of air-cooled four- and six-cylinder Porsche engines filled the Torrance air as Long, with his friends assisting a hand-picked staff, helped define the pecking order throughout the vast lumber yard.

The public was allowed in at 9 that morning and they came in droves, all whisked to the site through a circulating group of shuttle buses from parking lots about a mile away. While there must have been 3-500 cars on display in the outdoor and indoor areas of the facility, it appeared there were in excess of 5,000 avid Porsche fans on the grounds, buying souvenirs - including the recent biography of Porsche’s superb racer Hurley Haywood, where buyers were lined up for the opportunity to pay around $100 - and learning more about the cars they love.

There must have been at least one Porsche of every variety at this Luftgekühlt 5, ranging from the famous 1949 Gmund coupe to 356s of all stripe, 912s, 911s, 914s and some very famous racing varietals. As a former owner of those era Porsche cars, it was a walk through my personal history. I was especially glad to see a good number of 1972 Porsche 911s being displayed - that particular year, Porsche elected to place the oil filler on the right rear of the car outside the engine compartment; many engines were ruined when service stations filled gas, not oil, into the cars.

The day was Southern California beautiful: few clouds, springtime ambient temps and minimal wind. That brought out ever more people, who mingled as they observed the Porsches they loved through the racks of wood, climbed above some of the race cars to get photographs and reminisced about the days when air-cooled Porsches were the coolest cars on the block. Well, maybe they still are.

Seen among those in the crowd were former IndyCar and current WEC Toyota Racing driver Mike Conway, legendary racer John Morton, Pikes Peak “Race to the Clouds” winner (in Porsche cars) Jeff Zwart and co-founder of Andial, Porsche’s performance and tuning legend Dieter Inzenhofer. It appeared everyone had a grand time looking at cars, gabbing with one another, getting tips on upgrades and generally enjoying the perfect Southern California day.

Back to Post
About Anne Proffit 652 Articles
Anne Proffit traces her love of racing - in particular drag racing - to her childhood days in Philadelphia, where Atco Dragway, Englishtown and Maple Grove Raceway were destinations just made for her. As a diversion, she was the first editor of IMSA’s Arrow newsletter, and now writes about and photographs sports cars, Indy cars, Formula 1, MotoGP, NASCAR, Formula Drift, Red Bull Global Rallycross - in addition to her first love of NHRA drag racing. A specialty is a particular admiration for the people that build and tune drag racing engines.