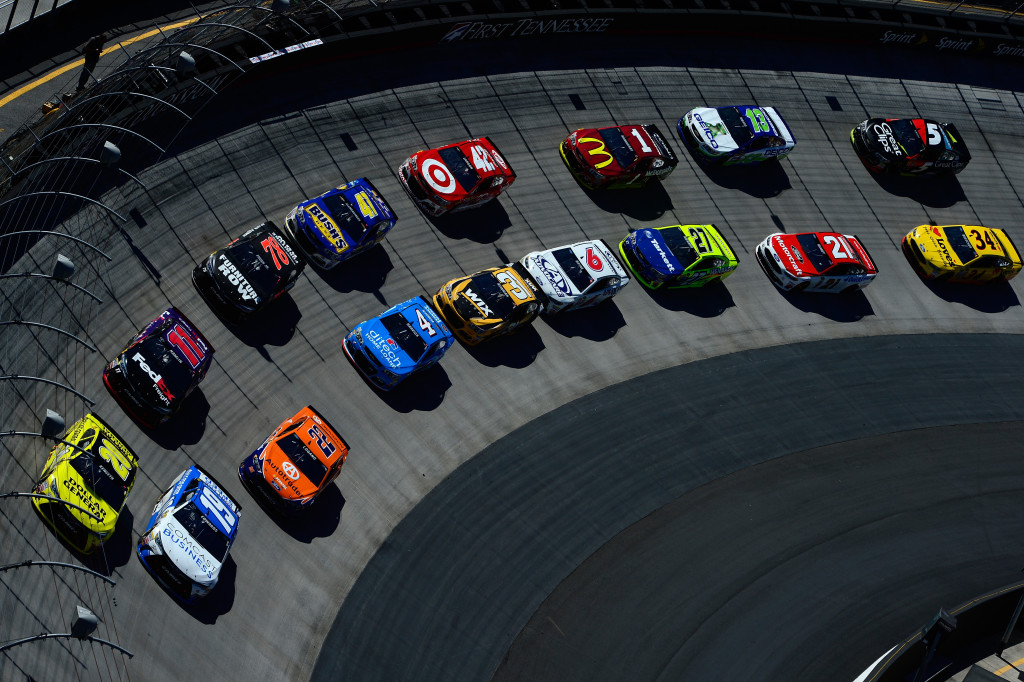 The word flawless is hardly a term that could be bantered about at Bristol Motor Speedway, but in Carl Edwards’ wild ride to the winner’s circle, it was about as near to perfect as 500 circuits could be in the Food City 500 NASCAR Sprint Cup race at the ‘World’s Fastest Half-Mile’ nestled in Tennessee’s Thunder Valley.

Edwards started his weekend winning he pole, earning the envied No. 1 pit stall and never letting up once the race started, dominating the event for 276 laps and getting his first win of the 2016 season along with his invitation to the Sprint Cup Chase. It was his fourth win at Bristol and 26th victory overall in his career. The win also gave him his seventh top 10 finish in the first eight races of the year, showing incredible consistency.

“Now, we’re in the Chase,” said a happy Edwards after doing his patented back-flip from his car as a crowd pleaser for winning. “It’s so cool and it’s awesome to be here. It’s a real testament to our team; we have really fast race cars. It was a really great race for us. It was really great race for us. It started on Friday well, started this winter building these cars. But the car was really fast in qualifying, got the first pit stall, and that meant a lot to the guys. We were flawless on pit road. Dave [Rogers, crew chief] did a good job of managing everything.

“We didn’t have any trouble, and really it’s just a testament to everybody at the shop and our whole team. Really awesome to have a win so now we can have some fun and focus on this championship.” 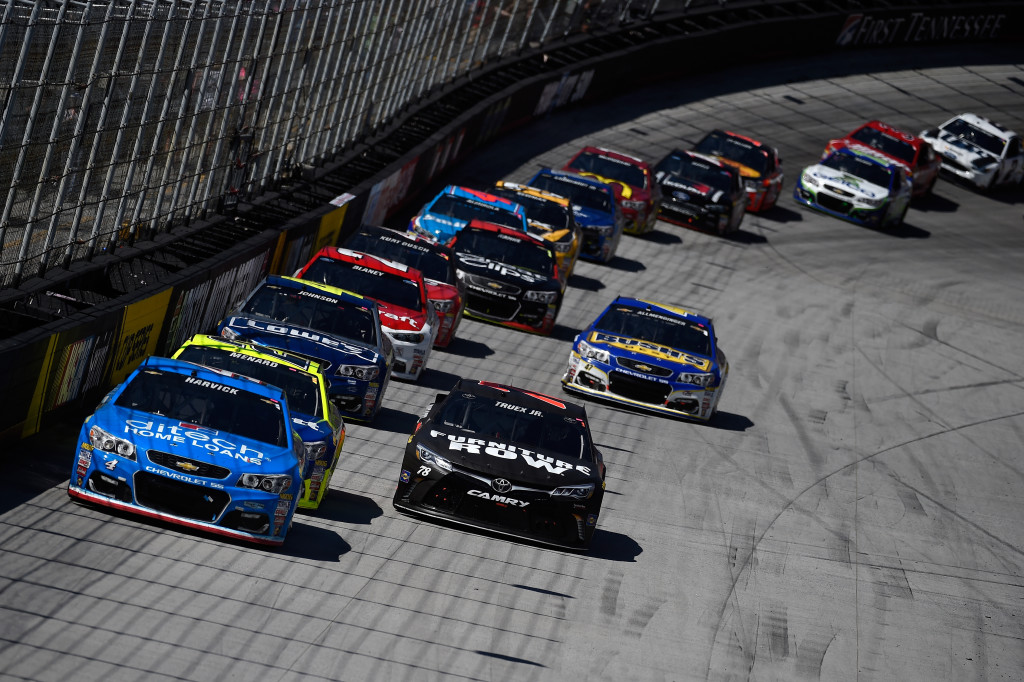 Good thing Edwards had a great day because it seemed everyone else had problems including his three Joe Gibbs Racing teammates. Kyle Busch was going for his third consecutive Sprint Cup win, but in the process blew two right front tires ending up grinding against the retaining wall and out of the race, finishing 38th. Matt Kenseth and Denny Hamlin experienced the same issues with blown tires and sudden impacts leaving them in 36th and 20th, respectively. Beyond that, we saw some unusual names finishing in the top 10.

Although for Dale Earnhardt, Jr., finishing second isn’t a surprise, but his day didn’t start that way.  At the start of the race, Earnhardt inadvertently hit the ‘kill’ switch on his car by applying too much brake pressure. He was bumped around like a cue ball until he could get to pit road. His Hendrick Motorsports crew rebooted his electronic control unit (ECU), bringing back his fuel pressure and losing two laps in the exchange to the leaders. It was how he worked his way back up front that was amazing.

It took two wave-arounds under caution in the early enough stages of the race to get his laps back to give him a place to start his fight back to the front. He benefited being in fourth place on the final restart, passing Kurt Busch on the outside to go after Edwards and the lead. 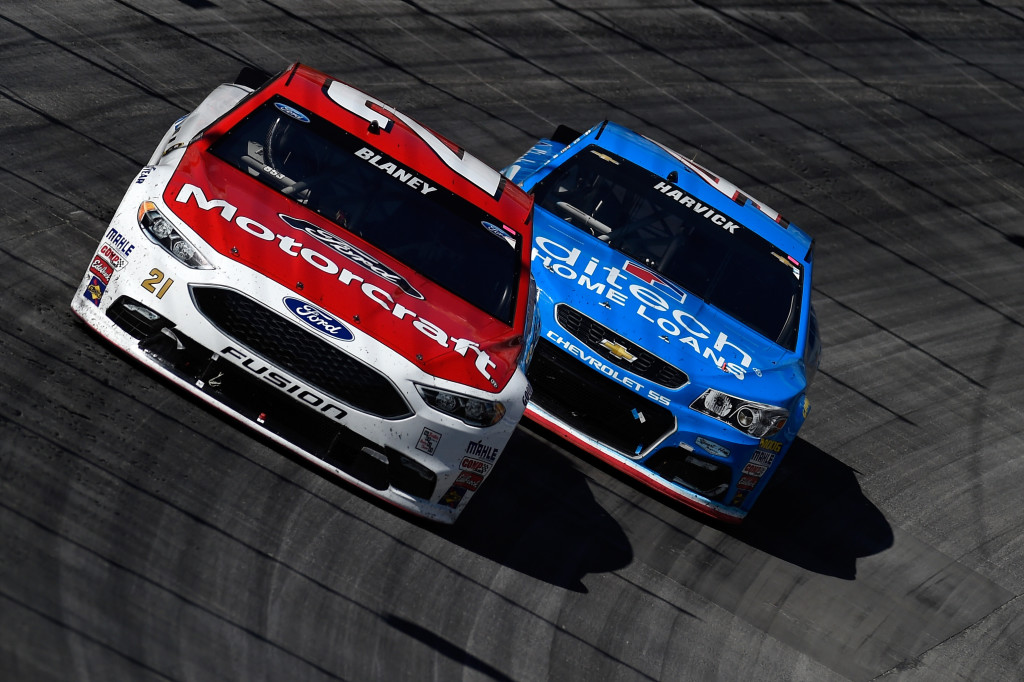 “Just warming the brakes up, I engaged that system to kill the throttle,” Earnhardt said of his early trouble. “I was warming the brakes up like I always do, and apparently I applied too much pressure and it killed the motor. We’ll work on that and maybe we need to raise that threshold up a little bit, because I wasn’t really using the brake that much.”

Earnhardt knew he had to hustle his car, stealing a runner-up finish with a Chevrolet that wasn’t that good.

“We had about a 10th-place car,” Earnhardt said. “We weren’t really that good all day. We tried a setup that we’ve never really ran here before, just trying to learn a little something going forward, and we’ll go home and science it out a little bit.

“We got real lucky the last three restarts to be on the outside line. We restarted 10th, sixth and fourth, and when you restart fourth, you’re typically going to come out in second place after that. I was hoping we didn’t have any more cautions after that. So, it was good. We’ll take it.”

Kurt Busch was third, while Chase Elliott was fourth, improving one better than his previous career-best finish of fifth last weekend in Texas. Trevor Bayne rounded out the top five, in an interesting statistic, his first top five finish since he won the 2011 Daytona 500. 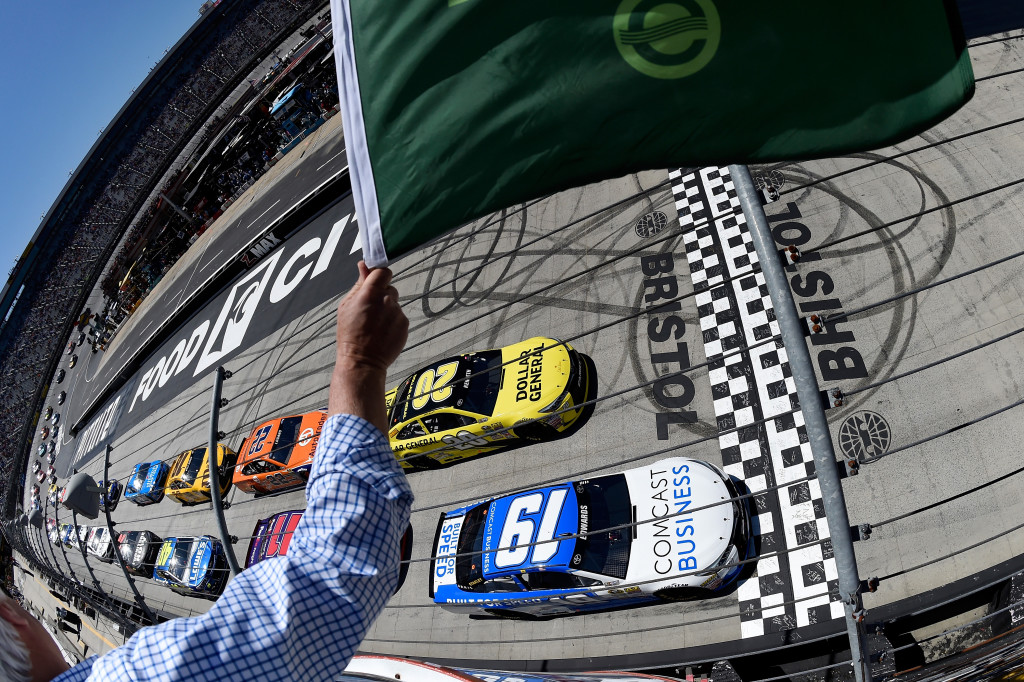 In sixth was newcomer, Matt DiBenedetto, his career best. Seventh was Kevin Harvick, Clint Bowyer in eighth, his best finish of the season, with Ryan Newman running ninth and Joey Logano in tenth.

The NASCAR Sprint Cup Series moves on to Richmond International Raceway for the Toyota Owners 400 on Sunday, April 24 starting at 1 p.m. on the FOX Network.