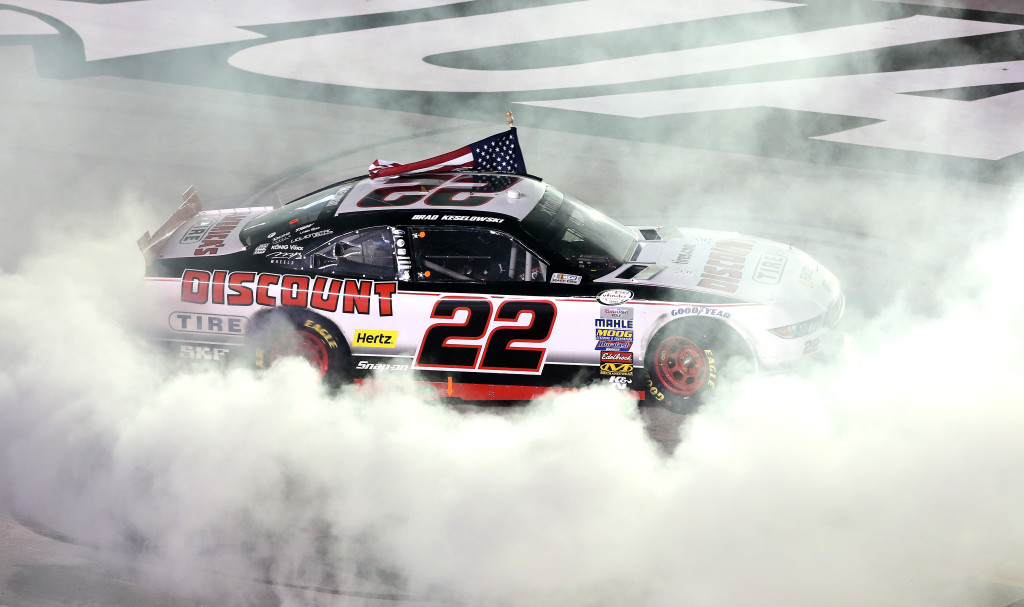 Brad Keselowski used his patience and driving smarts to chase down Erik Jones with eight laps to go, and at the right moment, pounced on his rival to take the lead that brought him to victory at the Kentucky 300. It was the Rochester Hills, Michigan native’s third XFinity win at Kentucky Motor Speedway in the last five years.

The 19-year-old Jones fought back in his Toyota, but couldn’t keep up with Keselowski’s Ford Mustang holding him off by .241 seconds at the checkered flag.

After pit stops were made with 30 laps to go, Keselowski and Jones took two ties and fuel while contender Kyle Busch opted for the four tire strategy.  On the restart, Keselowski got a shove from behind by Busch, causing him to spin his tires with no forward traction.  He swooped high to hold off Busch and, in the process, allowed Jones to slip underneath and into the lead.  Jones quickly sped away, building up a two-second lead before Keselowski, saving his tires, began his charge back to the front.

The surging Keselowski found the most opportune time to set up his pass on Jones.  The pair came up on the lapped car of David Starr off turn four.  Starr, deciding to go low first and then up high, hampered Jones’ momentum, allowing Keselowski to breeze by underneath and retake the lead.

“This Ford Mustang was really good,” Keselowski said in taking Team Penske’s 50 NASCAR XFinity win.  “I almost messed up on the last restart.  Erik Jones took off and was out in the clean air, and I was just driving the crap out of it to try to keep up with him.  Then I just caught a little breakw hen he got held up by the lapped car [of Starr, who finished four laps down].”

“He locked in Erik.  He had done a heck of a job and still was doing a heck of a job, and sometimes things don’t go your way.  I kind of thought it might happen and went into the corner high, just ready for something to happen, and it did, and I was able to make the most of it coming off Turn 4 and make the pass for the lead.”

A disappointed Jones still produced a smile for the cameras after climbing out of his Joe Gibbs Racing Toyota.

“I wish I would have known the lapped car was going to the bottom and I would have went to the top,” Jones said.  “Getting the lead on the restart, we had a shot at it at that point.  It was good enough to maintain, and it’s a bummer it didn’t work out.

“But it’s nice to be running with Kyle and Brad and to be mixing it up with them.  We’ll keep building and see what we can do next time.”

There were five caution flags for 24 laps, slowing the average speed to 136.054 mph with 10 lead changes shared among six drivers.

Up next for the NASCAR XFinity Series will be the Lakes Region 200 at the New Hampshire Motor Speedway on Saturday, July 18. 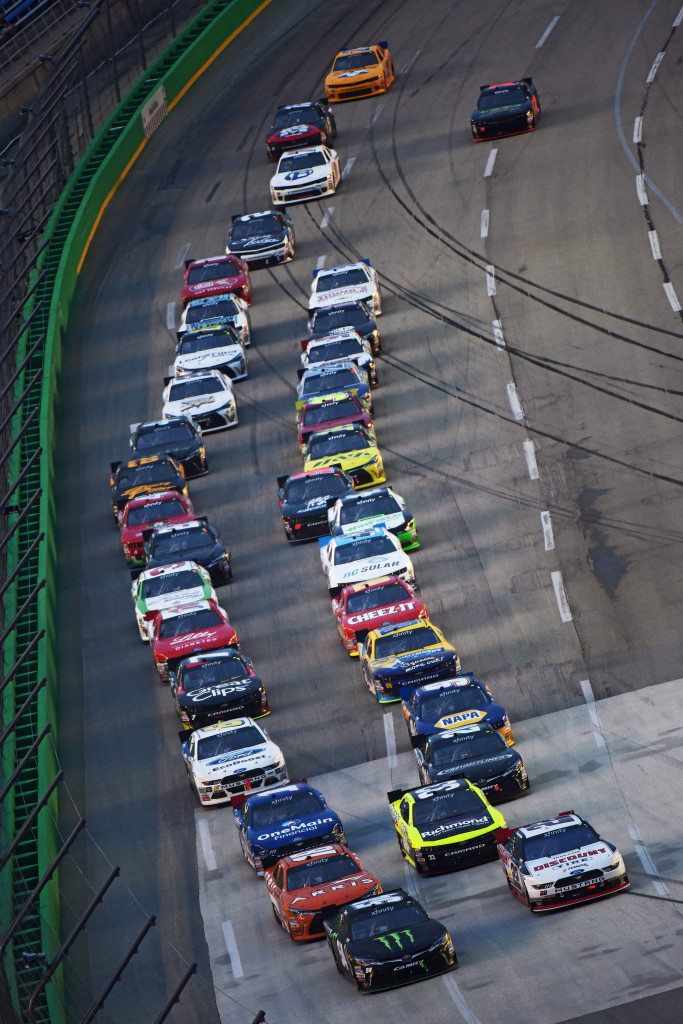