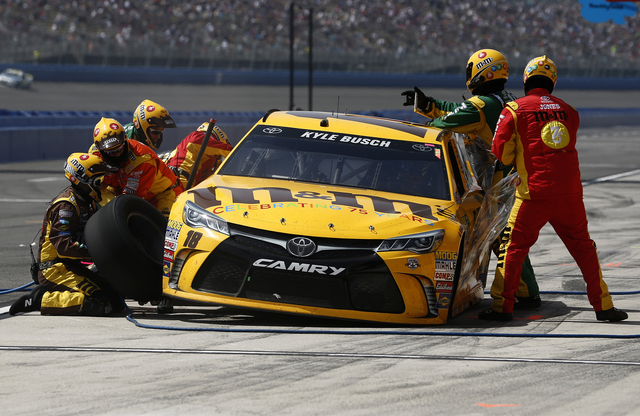 Remember how the nuns in the Sound of Music pondered this question: “How do you solve a problem like Maria?” Well, that’s kind of the situation NASCAR faces with Kyle Busch. How do you solve a problem like Kyle? Let’s clarify that: There’s no problem with Kyle, per se. But his immense talent and incredible ability to keep winning races in the Nationwide Series and Camping World Truck Series has given NASCAR a problem, nonetheless. And no matter what it does or doesn’t do, Busch’s dominance has left the sanctioning body in a damned if it does and damned if it doesn’t do something situation with the younger Busch brother. Frankly, what can NASCAR do? To me, it’s in a no-win situation, if not a downright helpless and lose-lose situation if it tries to do something to diminish Busch’s impact in Xfinity and the Trucks.

Fans grumble about how much winning Busch does. Fellow drivers in NASCAR’s two lower series have been relatively mum about Busch, other than to toe the party line and say it’s good for them to be able to compete with one of NASCAR’s best drivers, how they can learn from him and how racing him gives them added incentive to step up their own game in hopes of beating Busch. Which doesn’t happen very often, obviously. In 315 Xfinity Series starts, Busch has accumulated a series record of 79 wins. That’s an average of about one win in every four starts. He also has 190 top-five and 225 top-10 finishes, not to mention 50 poles.

In the Truck Series, Busch has won once (44 wins) in every three starts (129), along with 82 top-five and 102 top-10 showings, plus 17 poles. Which brings us back to NASCAR’s problem with Busch. Even though there are fans that think Busch is taking all the fun away from the Xfinity and Truck regulars, there are also many fans that love to see him race in the lower series.

Promoters and track owners also like to see Busch racing in the junior series. His name is pure gold when it comes to selling race day tickets. Likewise for other Sprint Cup drivers who race occasionally in the Xfinity or Truck Series like Kevin Harvick, Denny Hamlin, Kasey Kahne, Dale Earnhardt Jr., Matt Kenseth and others. 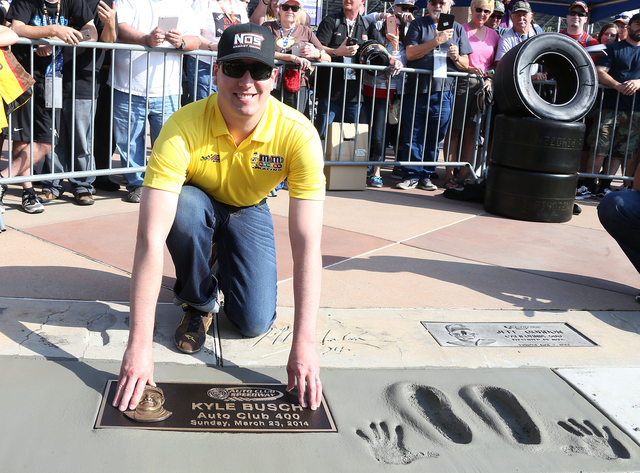 If those drivers didn’t come down into NASCAR’s lower professional ranks, I’m willing to bet that the average attendance at races would likely be down AT LEAST 50 percent without stars like Busch and his Sprint Cup cohorts. Sponsors also like to have Busch and other Cup stars sporting their colors and promoting their products. In a sense, many of those sponsors get NASCAR’s top drivers at a fraction of what they’d spend if they tried to back them in the Cup Series.

I don’t want to make this all about money, but as you can see from the examples I just gave, in a way Busch and the other Cup drivers that race in the Xfinity or Truck series truly is about money. Take Busch, Harvick, et al, out of the equation and the races, and the Xfinity and Truck series will revert back to where they both were about 15 years ago: on the verge of extinction. Smarter people than I, including NASCAR’s top executives, have tried to come up with a solution to “solve” the Busch problem, and yet they’re still nowhere closer to a remedy as they were when they began pondering what to do with him.

Many thought Busch might have cut back on his extracurricular activity after winning his first Sprint Cup championship last season. On the contrary. Busch has competed in four of the first five Xfinity races and won three of them, with the fourth time being a top-five showing.

This weekend at Martinsville, Busch is making his first start of 2016 in the Truck Series. But it won’t be the first and last. He still has several more Truck races on his dance card coming up as the remainder of the 2016 series plays out.

I can understand fans’ frustration at Busch being such a dominant driver. I can also understand if the Xfinity or Truck series regulars may also be politically correct and say they welcome Busch being around – while probably biting their tongue at the same time so as not to cause a rift within the sport.

In the whole big scheme of things, Busch, and other Cup drivers that race in the Xfinity or Truck series on a part-time basis truly are good for the series. It boosts recognition and attention and prompts fans to buy more tickets or to tune into TV broadcasts. And attention and recognition are what those series – and the regular drivers who compete in it – need so much.

Other than putting nails in his tires or sugar in his fuel, there’s no way to stop Busch and the “problem” he presents. It is what it is – and will likely continue that way for a long time to come. It’s a problem without a solution, a Catch-22 that will only likely be resolved in maybe 15-20 years … when Busch retires from racing.

That is if he ever retires.