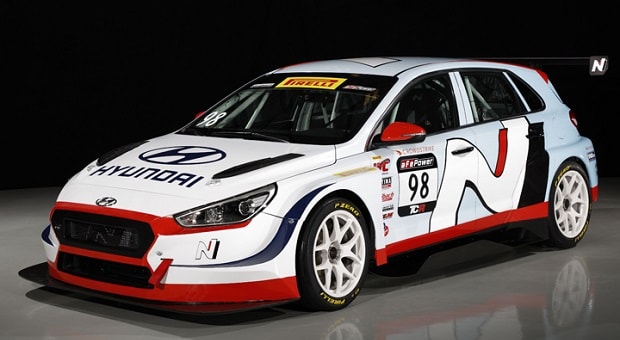 When Bryan Herta ended his career as a professional racecar driver, he needed to stay involved in the sport. There is no cure for racing, after all. First he started an Indy Lights team in 2009; then he moved up to the Verizon IndyCar Series to run the Indianapolis 500 the next year.

In only his second attempt, Bryan Herta Autosport (BHA) won that race with the late Dan Wheldon; Herta earned his second owner’s Baby Borg in 2016 when he partnered with Andretti Autosport to run rookie Alexander Rossi. Herta’s team won the first race of the Centennial Indianapolis Motor Speedway celebration and the 100th Indy 500. Eerily, both the 2011 and 2016 races ran on the same date: May 29.

Herta continues as a co-owner of the No. 98 Andretti Herta Autosport with a Curb-Agajanian entry; this year the car is driven by third generation driver Marco Andretti. Heart’s eldest son Colton is in his second year running the Indy Lights series with Andretti Autosport; he won two races last year and finished a heady third in the championship – at age 17. Colton Herta turns 18 in March.

For the first year, Pirelli World Challenge (PWC) has produced a TCR class to further enhance its exciting motorsports activities. TCR, or Touring Car Racing, is exceptionally popular in Europe. The TCR series originated in 2015; it was marketed as a cost-effective spinoff of the World Touring Car Championship (WTCC).

Using production-based hatchbacks that can be front-wheel-drive, rear-wheel-drive or all-wheel-drive, the TCR cars are smaller and have much less power (about 300 horsepower) than the GT3 and GT4 cars that populate other PWC categories. They’re also less expensive and are built at factories by manufacturers, who then send them race-prepped to teams. 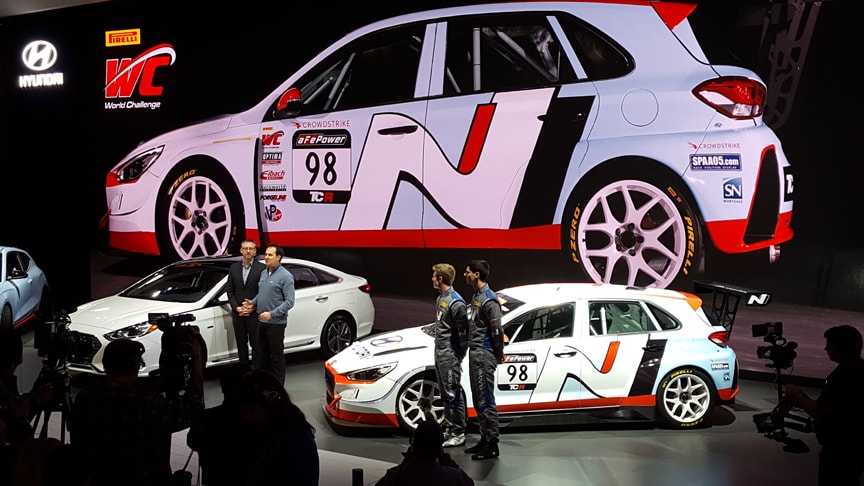 Manufacturer Hyundai pulled out of Global Rallycross and Formula Drift after the 2014 season; they had partnered with Rhys Millen in those two series. Herta told Hyundai if they ever wanted to get back in the racing game, he’d be interested in working with them. They recently came to an agreement, and BHA will prep two Hyundai i30 N TCR racecars for the 2018 season. Mark Wilkins, of Toronto, Ontario, Canada will drive one of the BHA Hyundai i30 N entries; Michael Lewis from Laguna Beach, Calif. wheels the second car.

Wilkins, 34, has won many GT and GTS races in Pirelli World Challenge; he’s also found success in other major sports car events. Lewis, 27, has won four PWC GT Sprint and SprintX competitions. The cars are being constructed in Europe and have been sent here. The i30 N model is the Euro-spec version of America’s Hyundai Elantra GT.

“We couldn’t be more excited about our new relationship with Hyundai in this highly competitive manufacturer-based TCR class,” Herta said at the Chicago Auto Show, where the new program was announced. “Having witnessed the untapped potential of i30 N TCR race platform for this series, we’re more than confident we can leverage the strength of Hyundai’s racing and performance groups to great success in the 2018 season.”

Pirelli World Challenge’s Touring Car class is scheduled to race in six doubleheader weekends – for 12 races total – starting March 23-25 at Circuit of the Americas (COTA). Each race consumes 40 minutes with one contest using a rolling start and the other having a standing start on each weekend. Subsequent races are scheduled for Virginia International Raceway, Lime Rock Park, Portland International Raceway, Utah Motorsports Campus and Watkins Glen International.