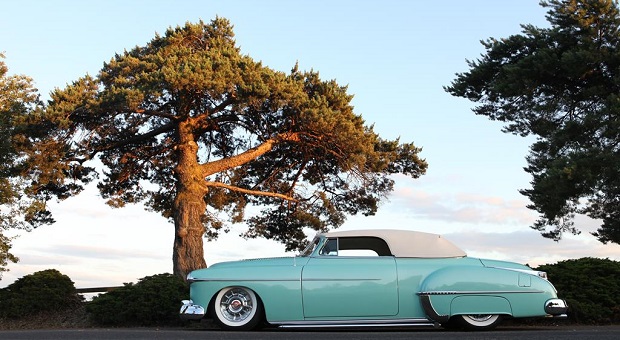 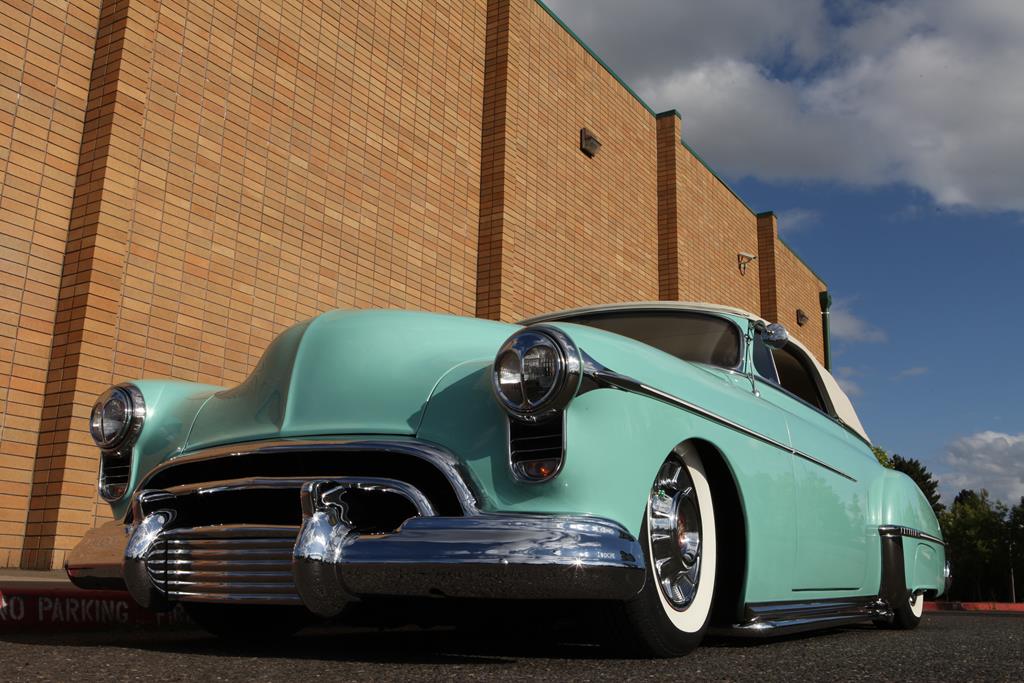 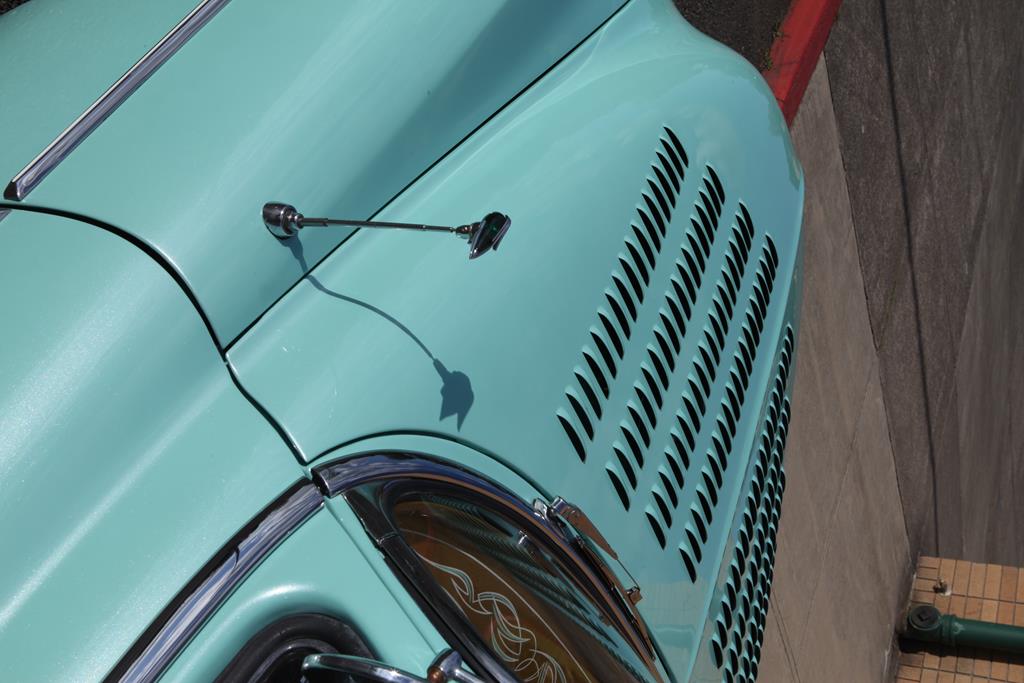 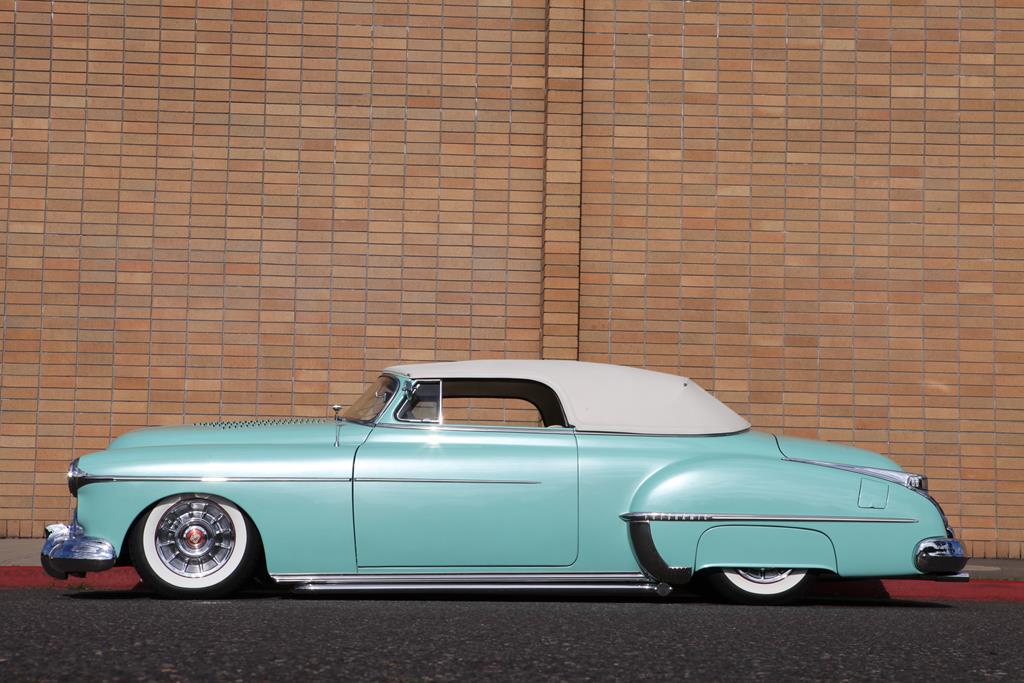 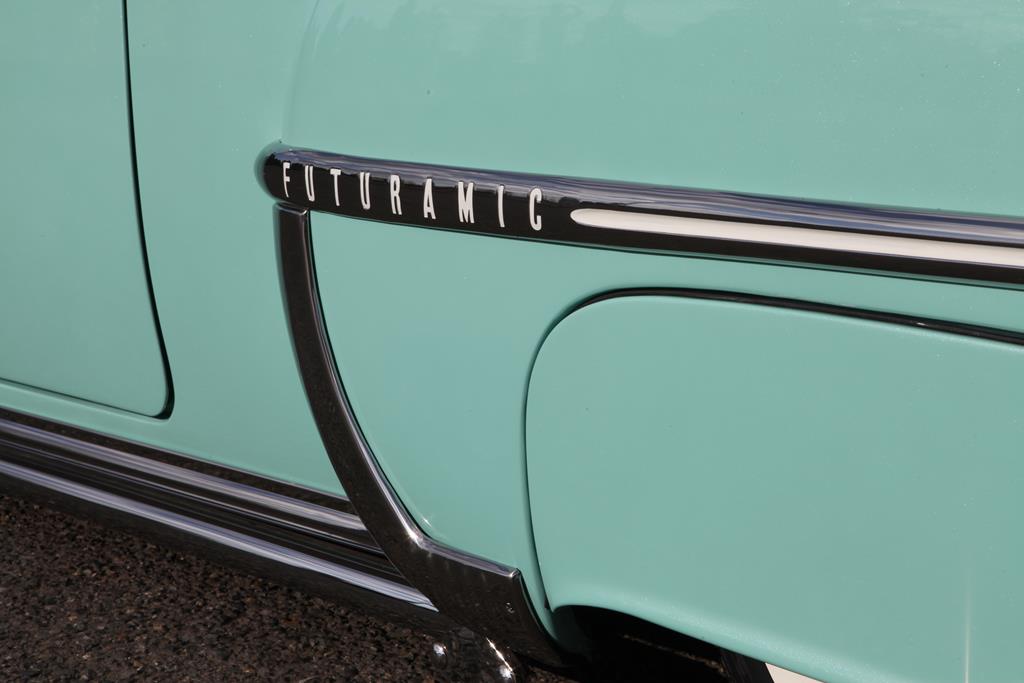 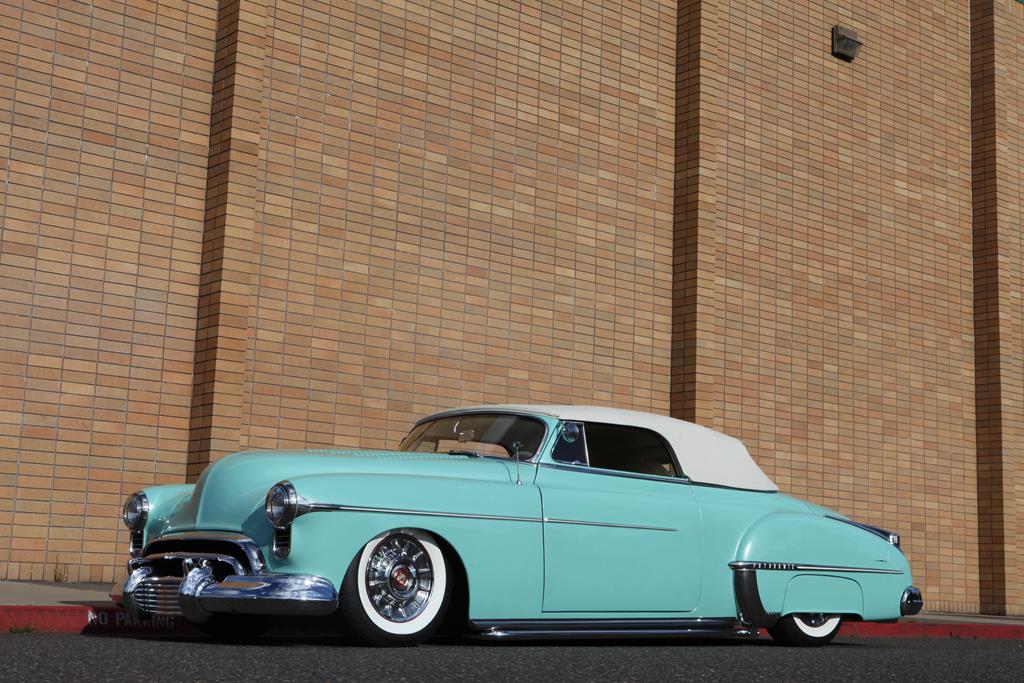 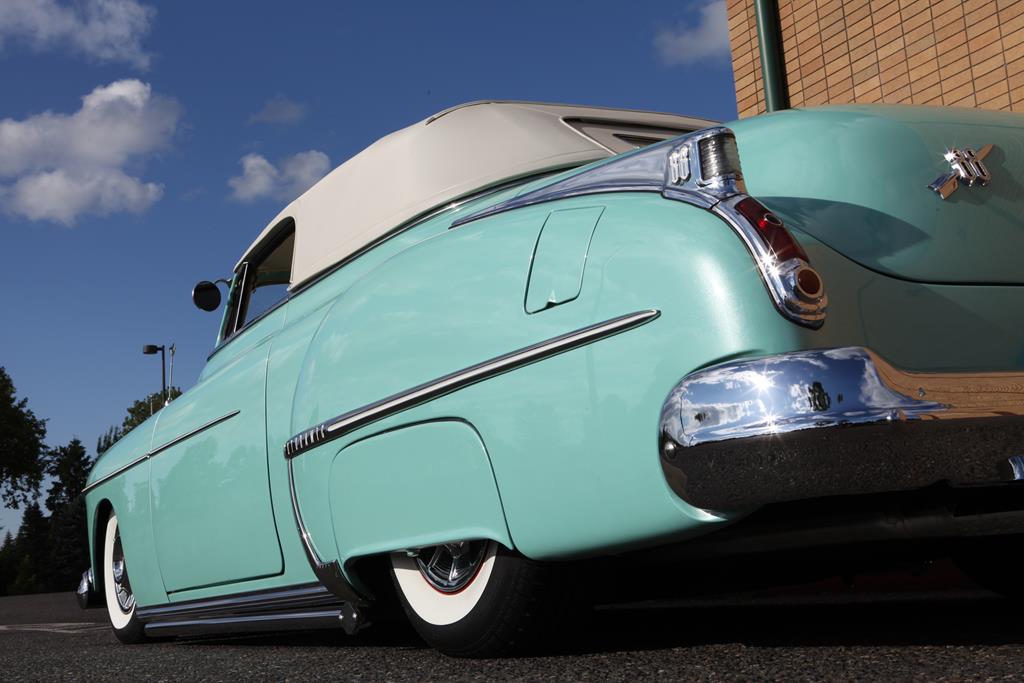 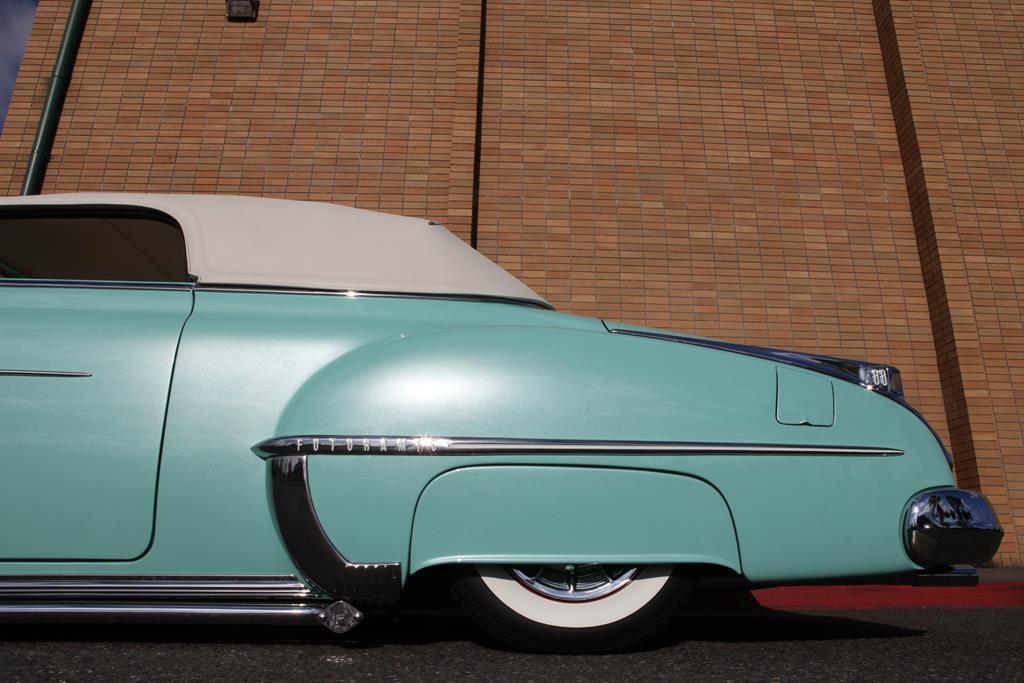 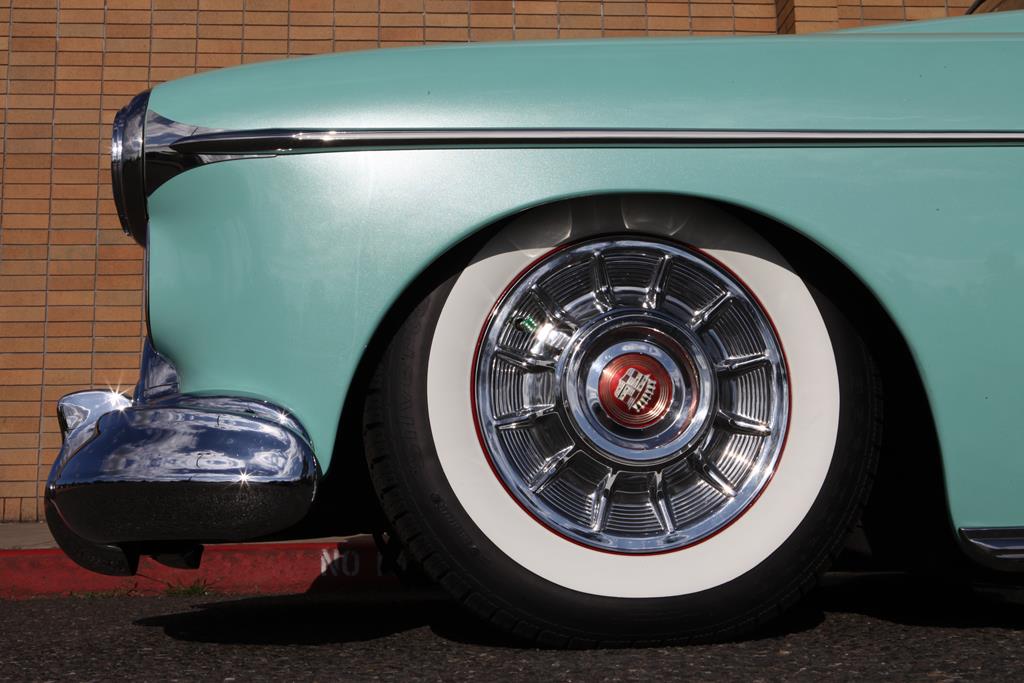 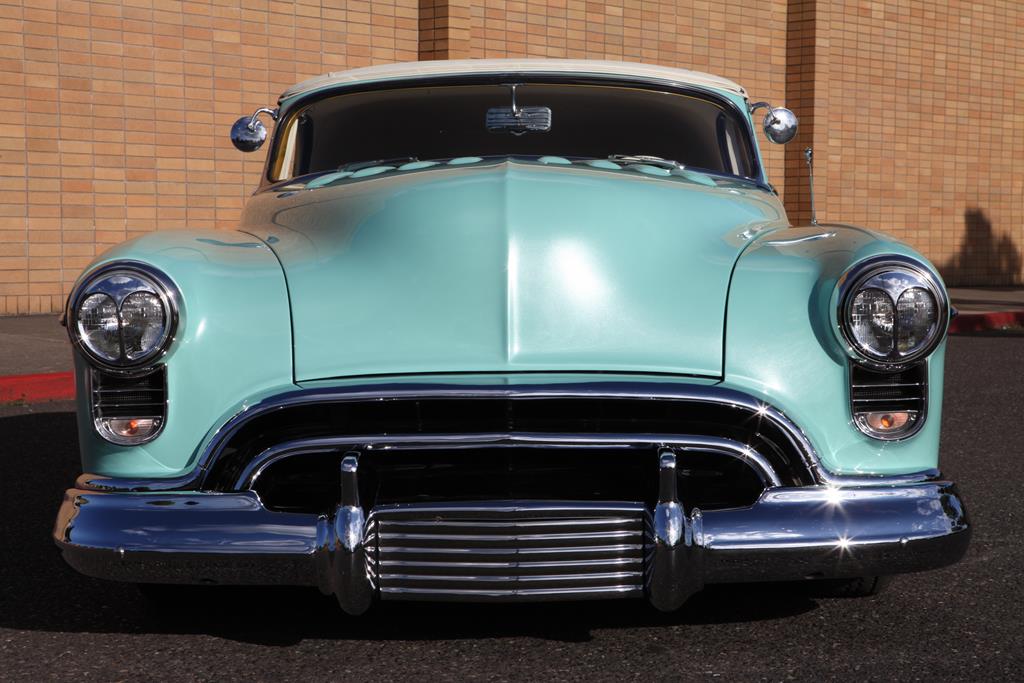 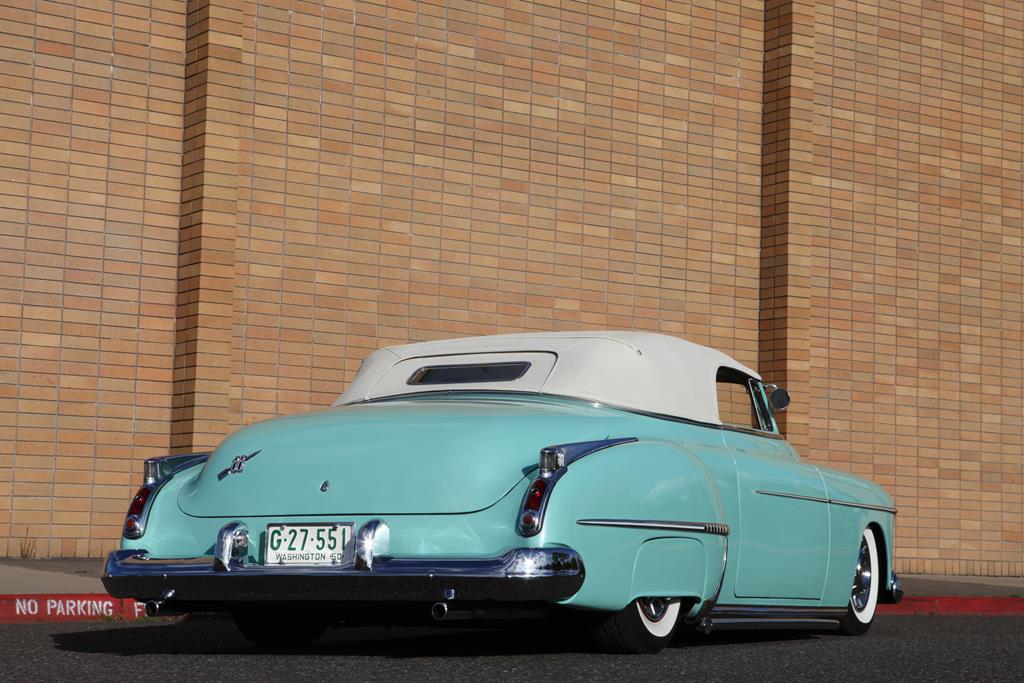 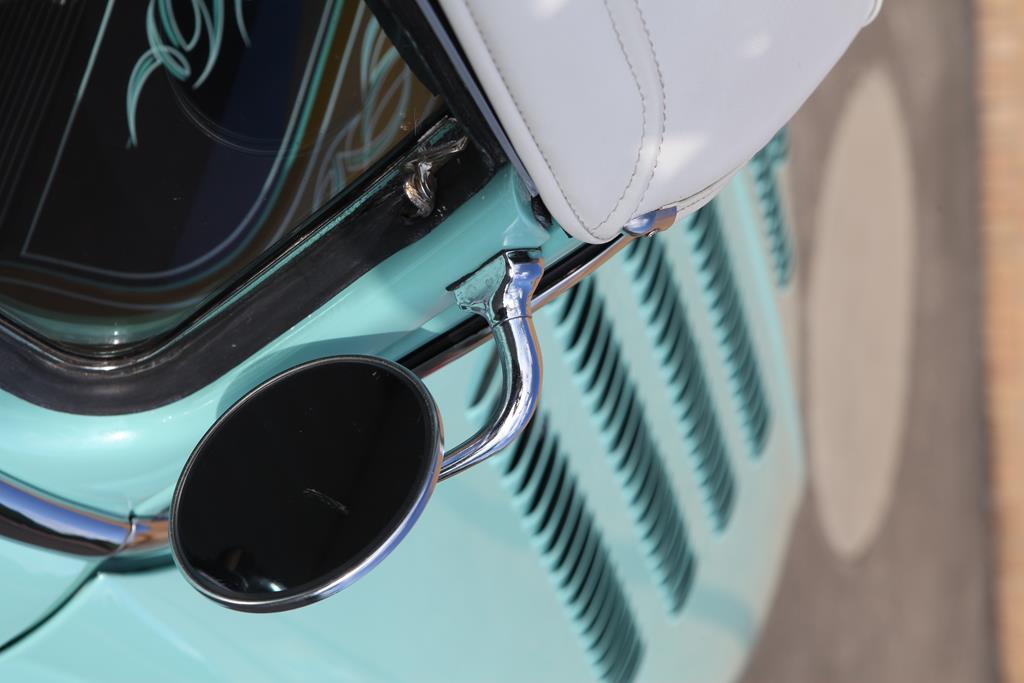 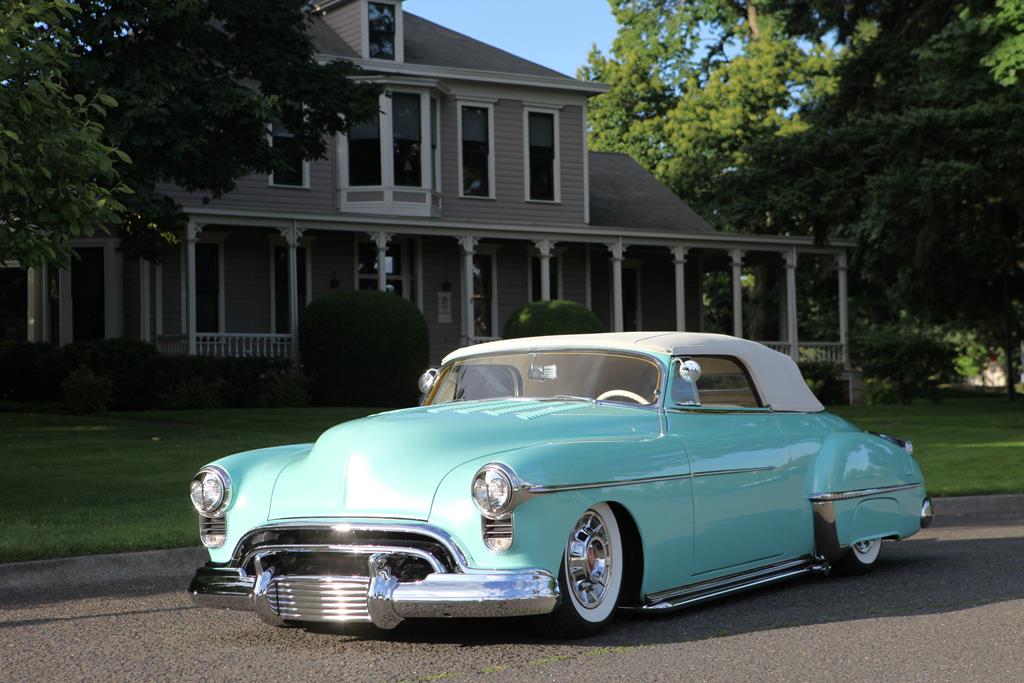 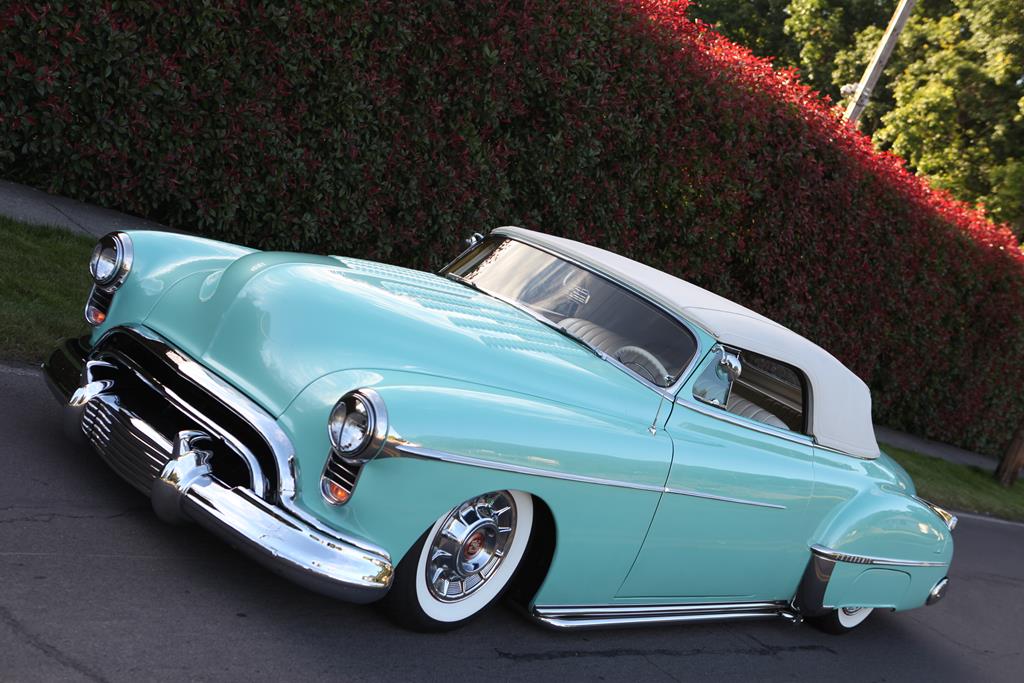 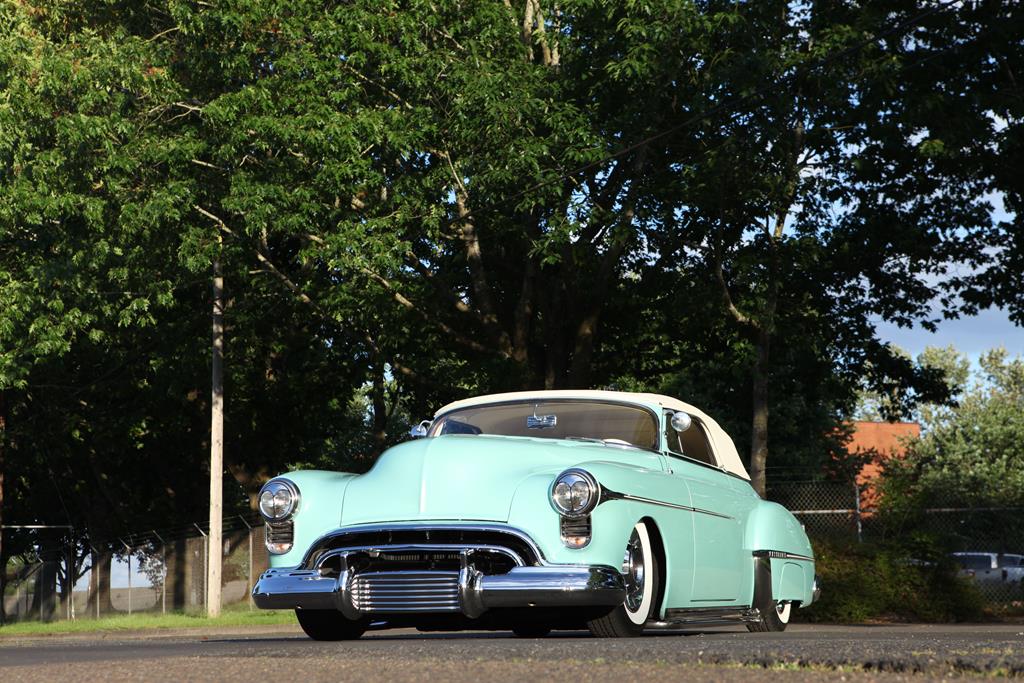 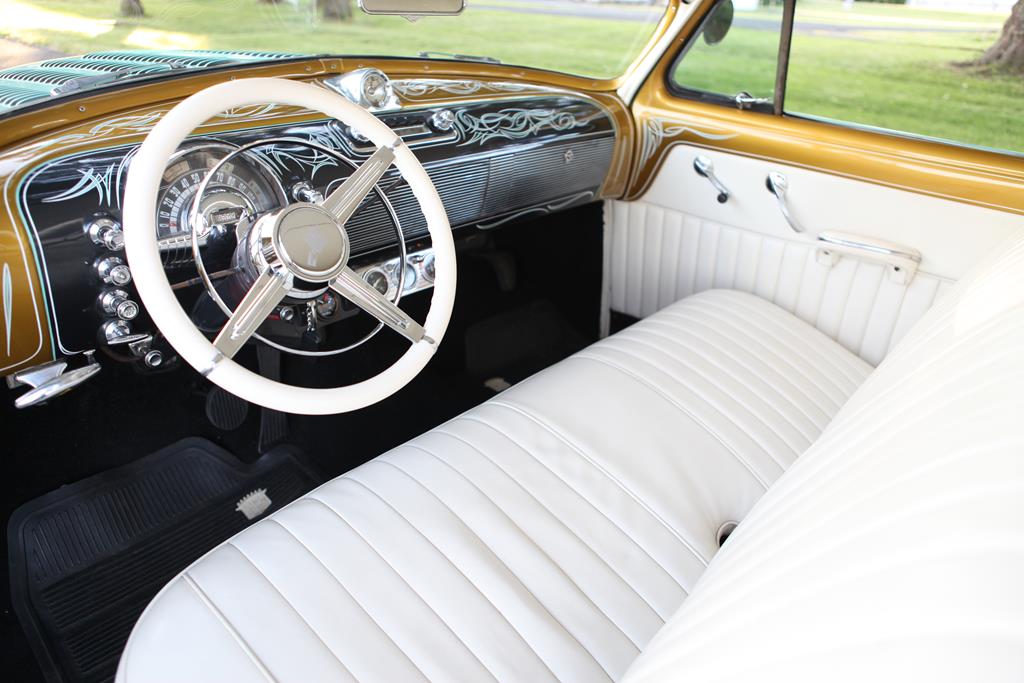 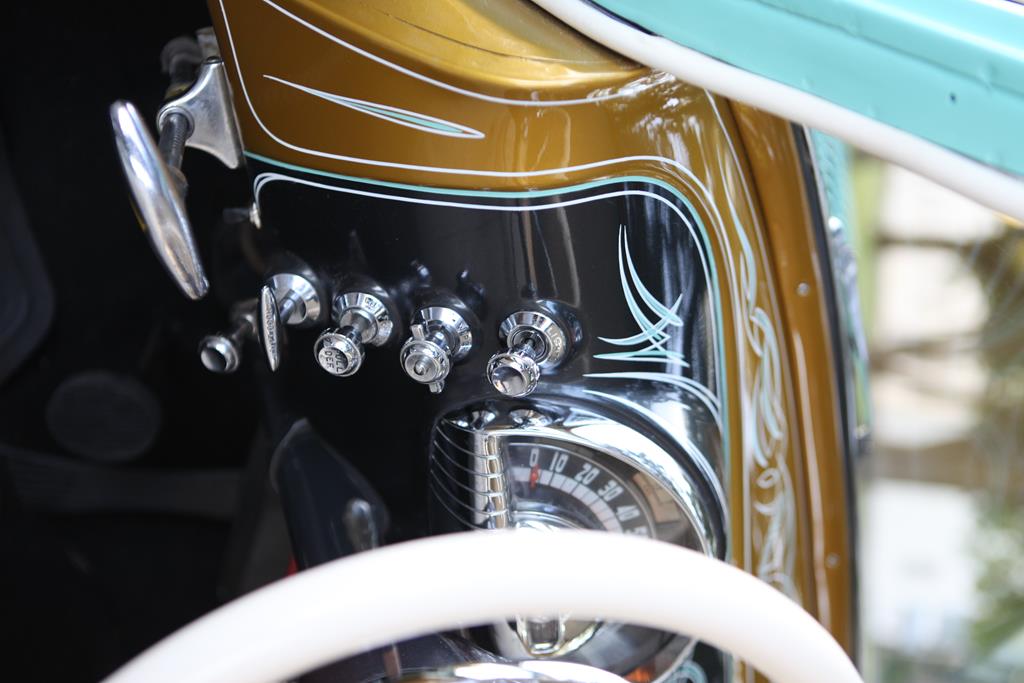 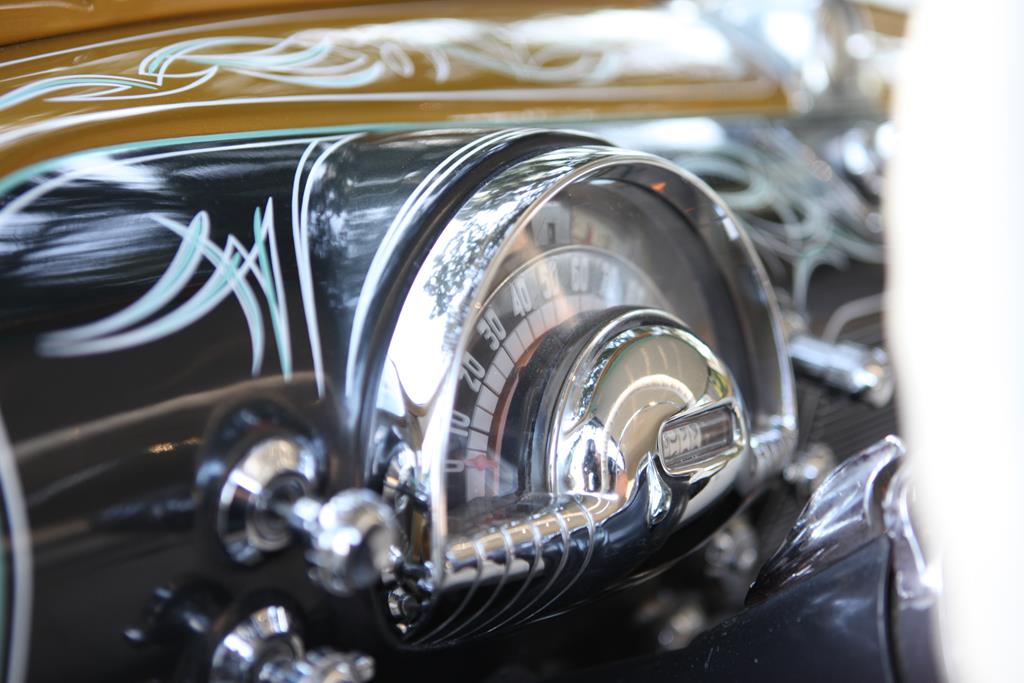 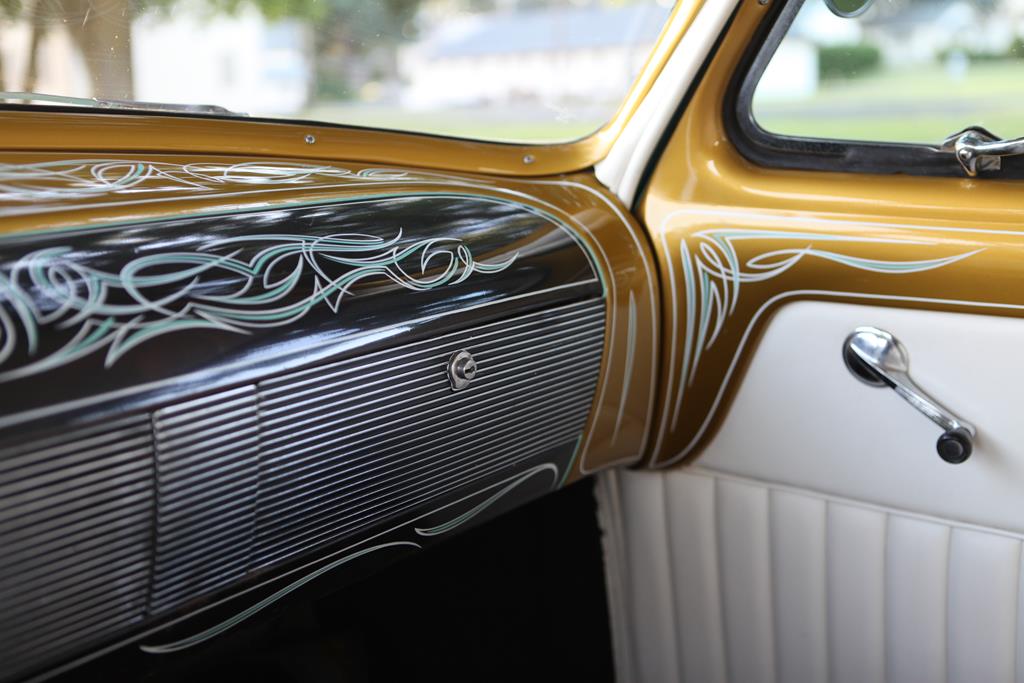 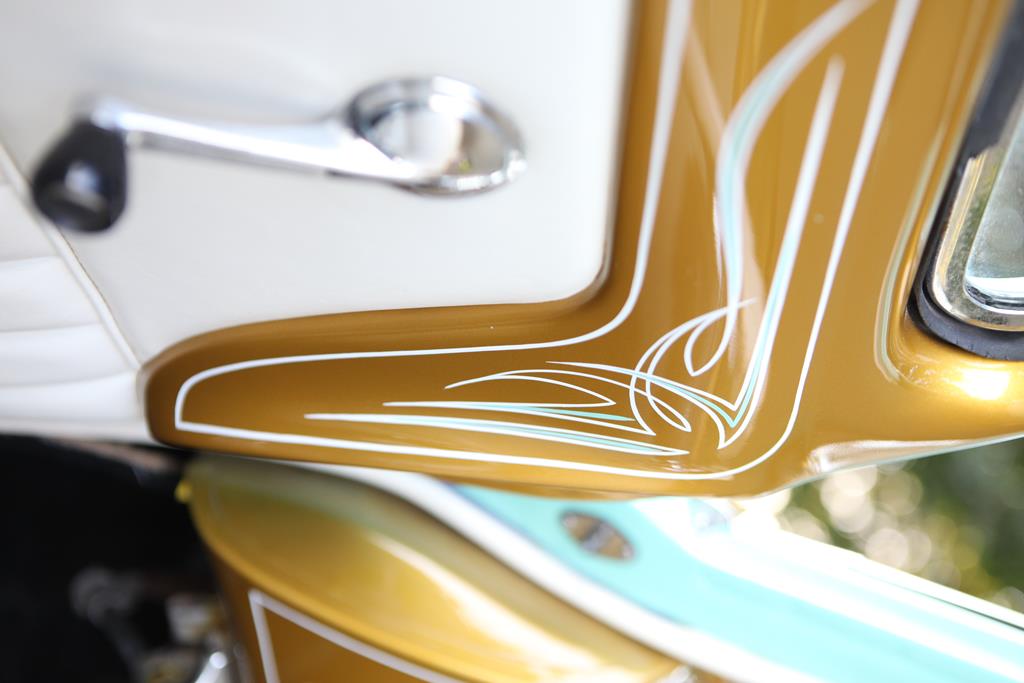 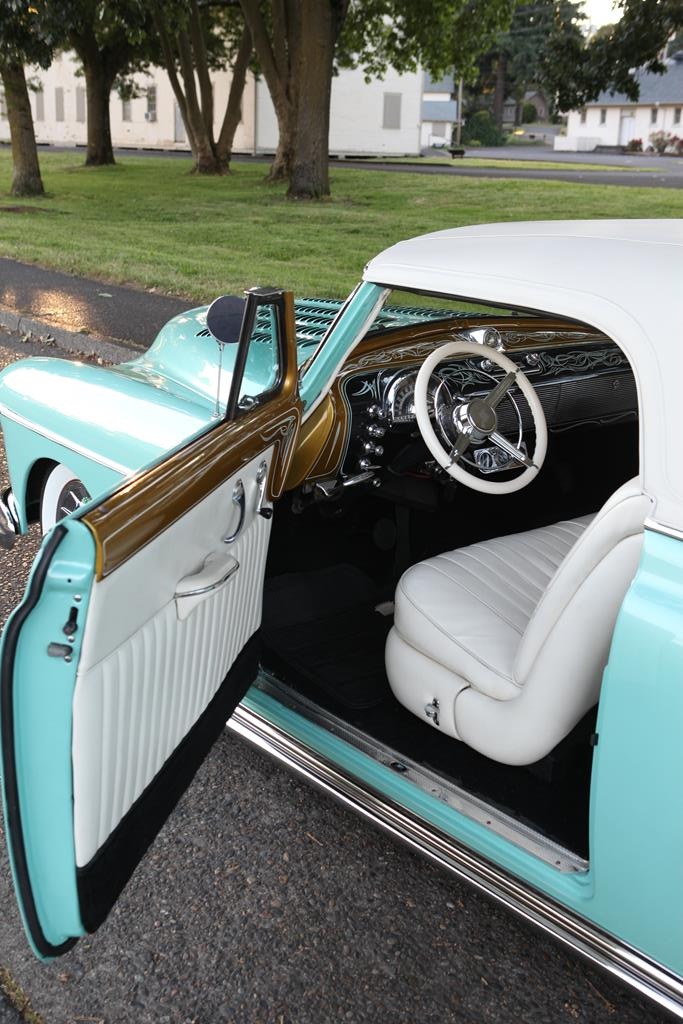 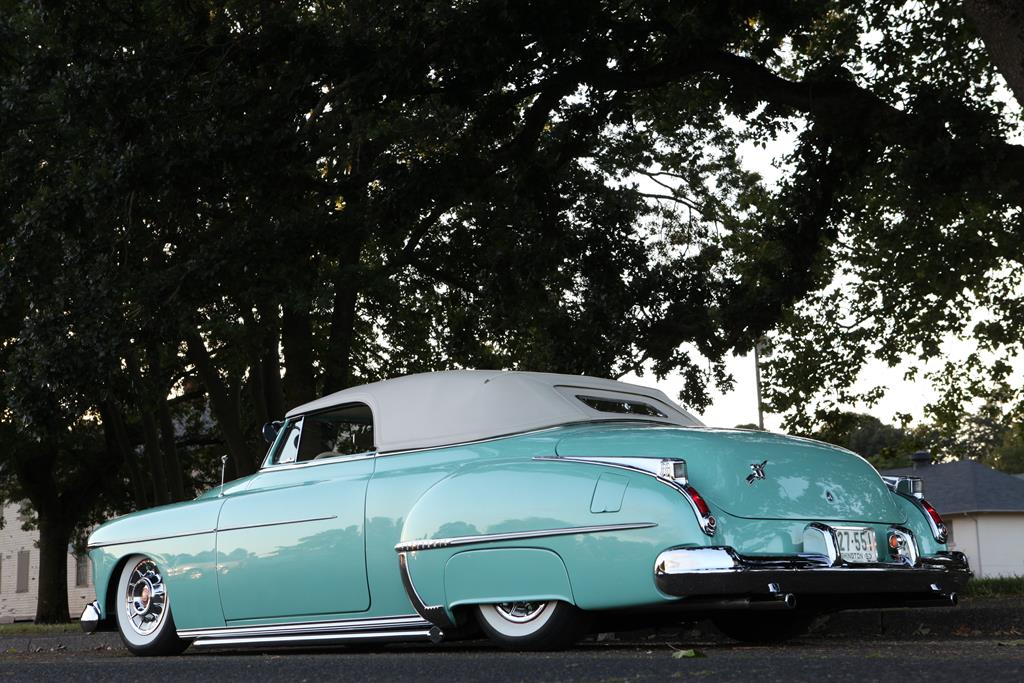 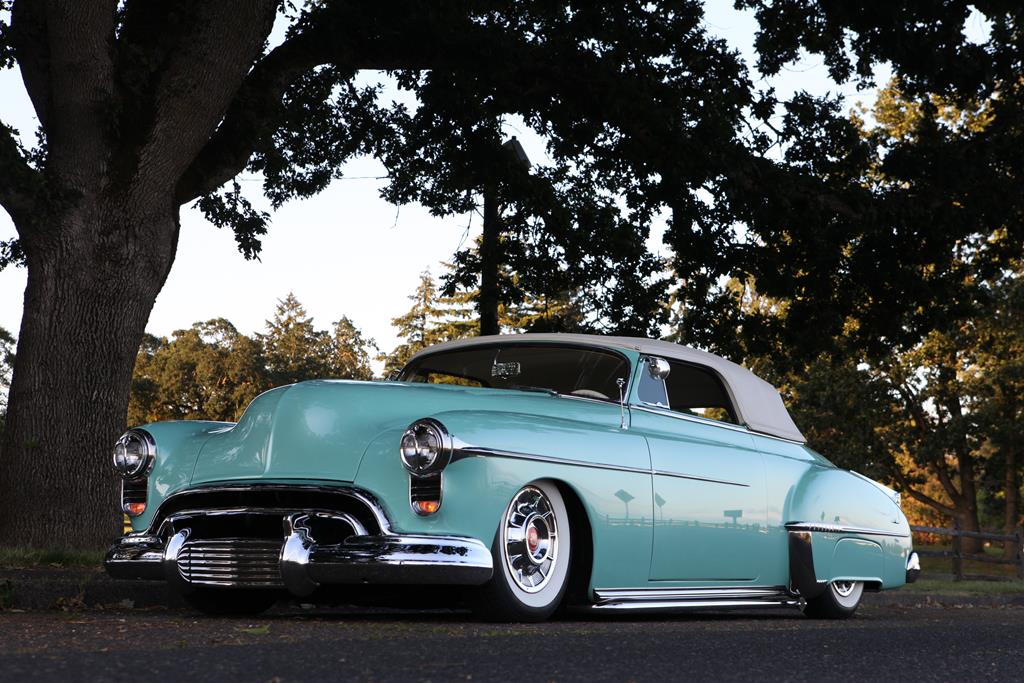 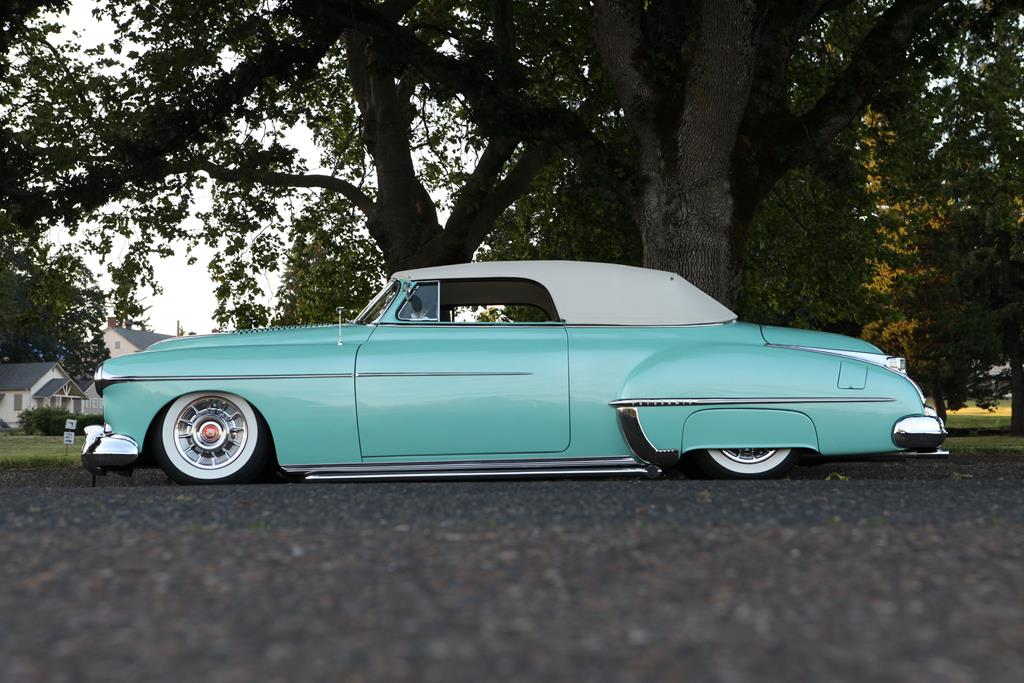 The 2021 RacingJunk Month of May Car Shows Best in Show Winner is Bryan Flach’s 1968 Plymouth Barracuda
Like many hot rodders, Bruce Vaden of Vancouver, WA got an early start. Bruce rebuilt his first engine at the tender age of 14, and his first driver was a hot '49 Chevy fastback.

Bruce recalls that a lot of cars have followed over the years, but he was best noted for his '51 Chevy hardtop gasser. The wicked street racer that wreaked havoc wherever it went wore black paint, red lexon windows, and bright yellow, hand built, fender wheel headers... man, it sounds like a slick machine. Bruce assembled a stout 327 for the hardtop, but he felt the exhaust manifolds worked like taking a deep breath, then trying to blow through a straw. As a result, he and his father hand-built a set of headers, starting with a flange kit and a ton of hours piecing together tubing.

All this car passion over the years lead to Bruce wanting a 1950 Olds Fastback. There was a local gentleman by the name of Chuck Stanley who was known for always having a stash of Oldsmobiles lying around. Unfortunately, Chuck wasn't looking to sell. Among the various treasures at his shop, Bruce spotted a '50 with a sweet looking Carson top treatment. Bruce really liked the look of the top, as it appeared to be a convertible top instead of an obvious carson top. After a couple of months passed, Bruce received a call from Chuck that he was willing to let the Carson top Olds go, so a deal was struck.

The relationship between Bruce and the Olds has been a good one, and a long one... nearly 20 years running. Bruce dropped a different 303 with a 4 speed hydro into the '50 Olds after purchasing it, and made it sit right with an air ride suspension. The '50 has gone through a few 303 engines over the years, but its current mill is a real sweet runner. The history on the 303 is that it came out of a national record holding '49 Olds four door. The 303 for the '49 was built in 1972 strictly for the drag strip, and had never seen any street time until it was dropped in Bruce's custom.

When Bruce purchased the Olds it was in a lavender suede, and it remained that way for the next 18 years until it was time to address some rust issues. The '50 was taken to Tony's House of Customs to have both rear quarter panels addressed for rust issues. Bruce said the shop did a great job, and they told him they could match the lavender suede, but Bruce figured it was time to put the car in paint. Plus, Bruce pointed out that with all the money he had saved over the years not having to buy wax, he finally had the cash to do the car right. So the Olds was taken down to bare metal, the door handles shaved, and then the crew at Tony's got busy working the '50's body to perfection. Once the body could not be worked any more, a decision on paint color had to be made. Bruce knew he wanted a sea foam green pearl, taking inspiration from John D'Agostino's 1940 Cadillac “Sophia.” So Bruce and Tony played with shades until it was just right; then Tony laid down coats of pearl that transformed the Olds from a cool cruiser to an absolute show stopper.

Rarely have I seen a paint job take a car from ordinary to extraordinary, but I gotta tell you, Bruce's Olds is insanely gorgeous to see in person, especially cruising down the street. The new paint was accented by some great pinstripping work on the dash, laid down by Mitch Kim, which beautifully ties the interior and exterior colors together. Bruce is one lucky guy, and his love for his '50 Olds custom is born again in sea foam pearl.
Back to Post
About Chadly Johnson 16 Articles
I have a deep passion for telling the stories of survivor hot rods and customs from the glory days of hot rodding, but I bleed early air-cooled Volkswagens. Combine that with my "day job" of being surrounded by high end muscle cars and it means that I pretty much I have a camera surgically attached to my hand which keeps a smile on my face. Find Chadly on Facebook and Instagram: https://www.facebook.com/ChadlyJohnsonPhotography/ "Chadly Johnson" on Instagram.