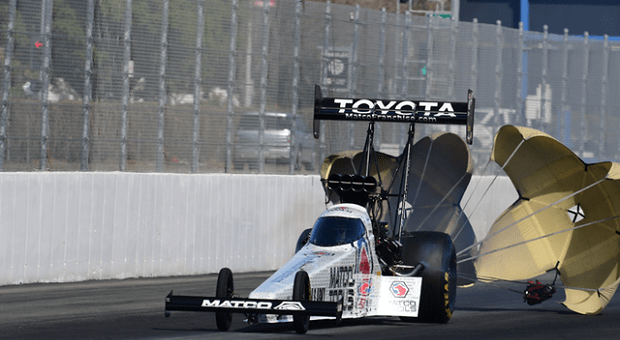 The Houston-adjacent track is the site of Brown’s first Top Fuel victory 10 years ago, where he drove his Matco Tools/Toyota dragster through to the finals and into the history books in his fourth dragster contest. Brown returned to this track looking to become just the fourth racer in NHRA history to secure 50 Top Fuel victories. The other three are his teammate Tony Schumacher, Larry Dixon and Joe Amato.

Unfortunately, one could consider this 2018 NHRA season a slow start for Brown and his Don Schumacher Racing (DSR) team, as they’ve advanced to three semi-finals in the season’s first four events, yet failed to gain victory in any one of them thus far. Houston could have been their turnaround after Brown claimed a fifth qualifying spot.

“Houston has always been a great place to race,” Brown said. “It’s an old-school, big-time race track and the Houston area is a hotbed for our sport. There’s so much history to this track. I remember 2008 like it was yesterday,” he recalled. “It was David Powers’ hometown track and we got our first Top Fuel win there in just our fourth race together.”

Brown moved from two- to four-wheeled competition after the 2007 season, when team owner Don Schumacher looked to shutter his Pro Stock Motorcycle team. Powers was Browns’ original TF team owner, but stewardship of his dragster moved around several times until he became a valued member, a second time, of the DSR squad.

“It was a phenomenal deal,” Brown recalled his first victory. “That was the start of the legacy for our Matco/U.S. Army/Toyota team. It’s a combination that’s been together a long time. Now we’ve won three championships and competed for a championship every year in the Top Fuel ranks. We have an incredible team at DSR. 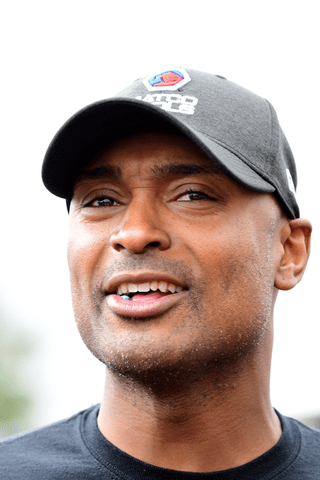 “Houston always sticks out to me because it’s where I was able to live out my dream and win in a Top Fuel car. I never imagined all of this back in 2008.” This was even though Brown originally had the tutelage of master tuner Lee Beard. “It’s far more than I ever dreamed. I’ve been very fortunate, very blessed,” he said.

For Brown, this race in Houston didn’t go the way he wanted as he dropped a first-round match-up against eventual runner-up Terry McMillen. “It was just one of those mishaps where we went out there and dropped a hole early. That made the engine weak and we had tire shake,” Brown explained. “We were on a good run and would have ended with a good pass.

“We were pressing and weren’t taking Terry lightly. With that being said, we just need to remain poised and keep working hard. It’s still early in the season.” This is Brown’s first Round 1 exit in 2018. “Fortunately, championships are won in the last six races and not the first six.”