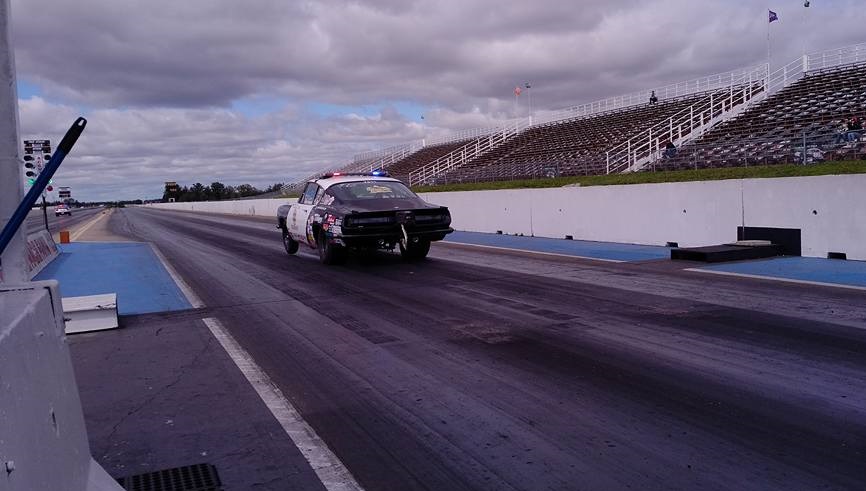 2016 has been a rainy year up in Edmonton, Alberta, but the Blue Line Racing Association hasn’t let the weather stop them from getting out in the community and on the track. This exciting, nonprofit organization, run entirely by volunteer officers from the Edmonton Police Station, has participated in a number of charity events this season, including Race for a Cure (which raised over half a million dollars), and even hosted a race with police participants from all the way in Los Angeles, Street Legal Full Throttle.

Blue Line Racing was formed in 1996 in an effort to combat dangerous and illegal street racing in Edmonton. The Blue Line team gives presentations and media interviews, talking about traffic safety and legal alternatives to street racing – and, of course, they also participate in racing themselves! Every year, they hold around 20 Street Legal racing events. These are very popular with young drivers in particular, with an average of 175 participants per event. The team also visits other events; included among them this year were events hosted by Stollery Childrens Hospital, Make a Wish, STARS Air Ambulance, Food Bank, and many other local charities.

The Blue Line team currently operates four race cars: a 1972 Plymouth Duster, a 2003 pre-production model Hyundai Tiburon, a 2008 Dodge Challenger SRT8, and a Supercharged 2009 Ford Mustang GT. The Duster and Challenger have been featured in GarageShots Magazine, a hot rod and customs publication notable for its exceptional photographs. This year, the team replaced the Duster’s chassis and put a new engine in the Challenger, since the old one split a cylinder wall. The Mustang has been moved to Shelby Canada West for some major changes – with luck, it will be ready for the track by next Spring.

If you’re interested in getting involved in any of Blue Line Racing’s exciting events next year, or want to learn more about the organization, visit their website BlueLineRacing.ca, or drop by their Facebook page here.