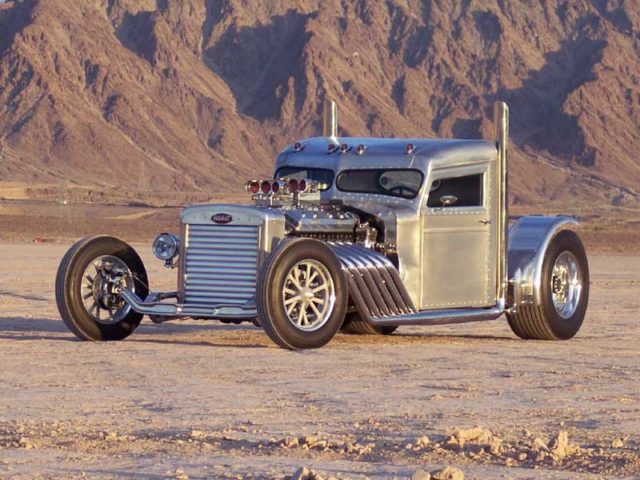 Built by Detroit Diesel, the twin-supercharged V12 which powers this rolling piece of art makes 500 horsepower and over 1,000 pound-feet of torque. Not bad for a two-stroke engine. Even with a 1961 Peterbilt Model 351 offering the building blocks for this build, the engine still manages to dwarf every other element present. There are elements from a Top Fuel Altered, and even the heft of an 18-wheeler is noticeable, but ultimately, it’s the motor which serves as the focal point, and the inspiration for all of automotive artist Randy Grubb’s outlandish creations.

The Detroit Diesel 12V71 is pretty easy to understand from a distance – 12 cylinders and 71 ci per cylinder. The 14-liter motor, originally used in earth-moving equipment, is fed by twin 6-71 superchargers – each responsible for two banks of 3 cylinders. That monumental torque is sent to an Allison 740-D 4-speed, and though the rear wheels are unweighted by any bodywork, the massive, 445/50R-22.5 rubber in the rear ought to put some of that power to the road.

It’s a powerful, aggressive, and angry-looking machine. An eight inch chop to the front of the cab and a five inch chop to the front give the twin windscreens the look of eyes slanted from rage, and with an Zoomie tubes that bellow at 140 decibels, its name, “Piss’d-Off Pete,” might be an understatement. The silver paintwork and nickel accents are warm, but contrasted with the purposeful rivets all over, the net effect is something that looks straight out of a Road Warrior film. 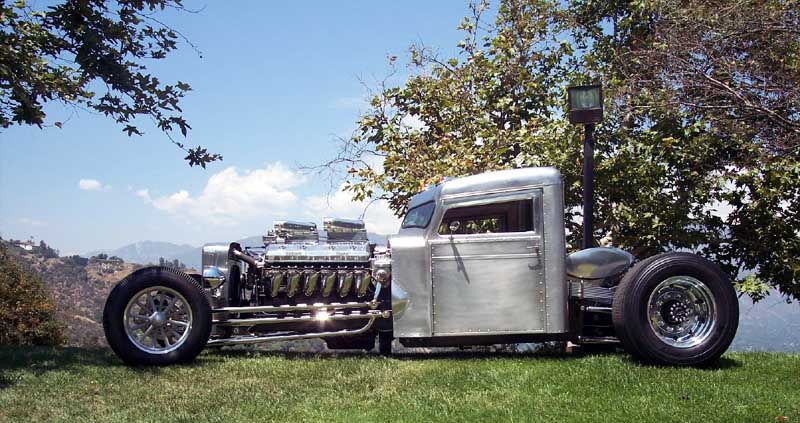 Since this diesel demon tips the scales at 7,800 pounds, it generates quite a bit of momentum with 1,000 pound-feet of torque at its disposal. Therefore, Grubb added a set of hydro-boosted Baer disc brakes from a modern semi to keep the rolling masterpiece straight and pretty. In fact, the stylish looks from this machine took roughly 3,000 man hours to achieve. While that might not sound like anything outrageous, the fact that Randy got those hours in over the course of 15 months make it all the more impressive. Obsessive might be a better word.

That style comes through clearly with the ornate, nickel-dipped, thirty five-gallon tank sitting over the rear axle. Inspired by the boat-railed roadsters of first half of the twentieth century, the Deusenberg-esque piece of jewelry contrasts the purposefulness of the cab perfectly. Custom-hewn mirrors mimicking a gooseneck complement the stunning metalwork at the rear. 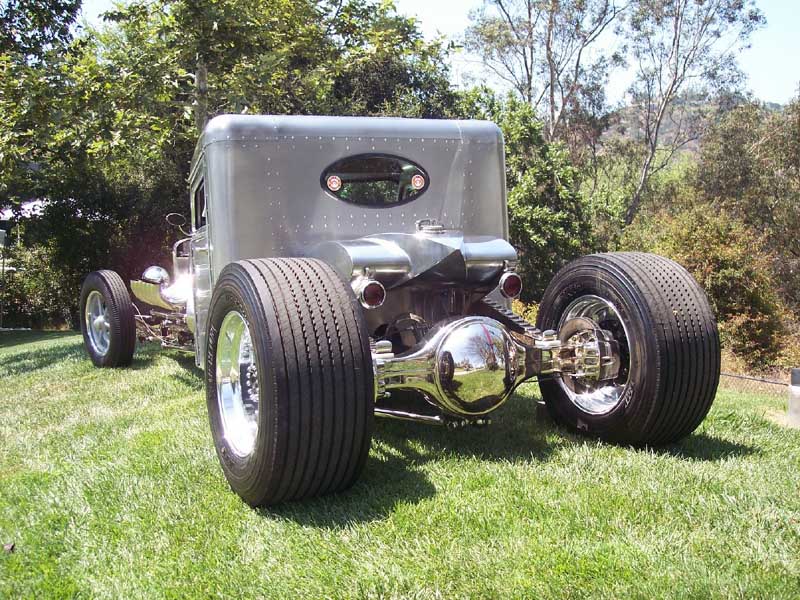 Keeping the 17-foot truck cornering with a little more precision than a naval destroyer are a transverse front suspension made from a GMC 7000 series track axle with 9 inches taken out of the center. At the rear: a quarter-elliptical setup with the spring pack mounted to the frame to improve handling. The massive sidewalls of the tires and a smooth-shifting Allison transmission do make it a comfortable ride, though. So do the custom bomber seats upholstered in beautifully-embroidered saddle leather.

The front grille featured manually-adjusted slats to keep the motor within its narrow operating temperature range – from 160° to 180°. The narrow-nose Peterbilt radiator was trimmed to fit the front end’s proportions. With temperature sensors on each bank, the driver is informed of the operating temperature at all times, and for good reason. If the engine surpasses 220 degrees, it’s on its way out. In the event of that sort of catastrophe, there’s a manual fuel cut in the minimalist cabin so that Grubb’s 15 years of blood, sweat, and tears, don’t go to waste. He might have to make a Furious Fred if that happened. 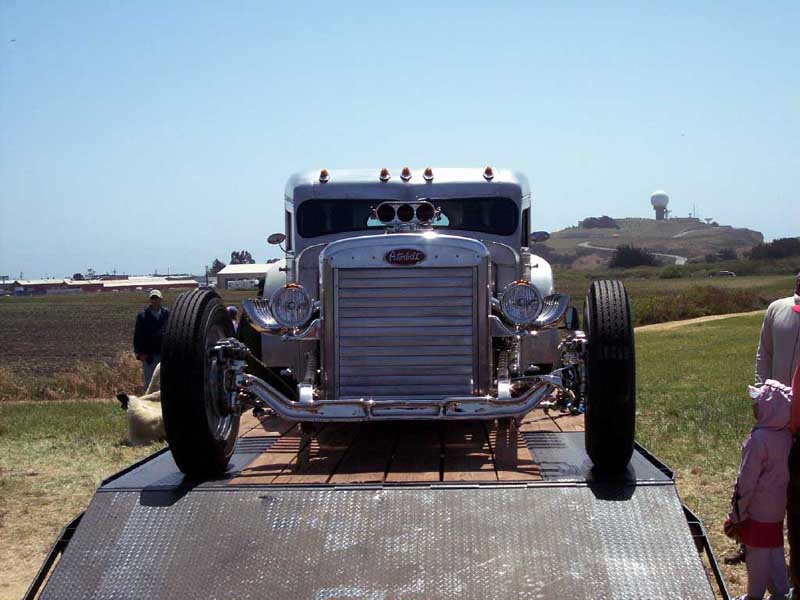