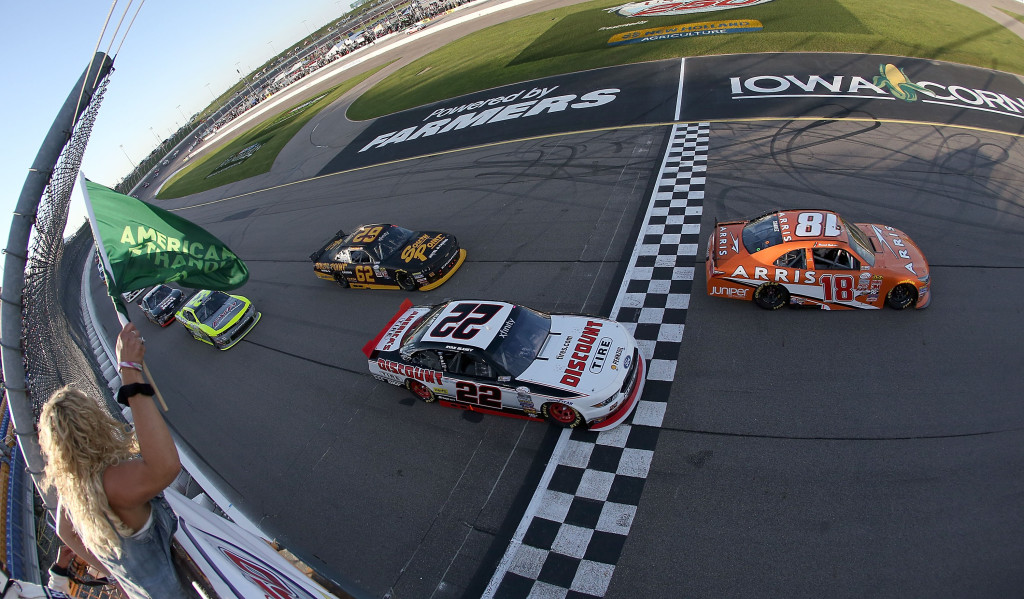 His Roger Penske-owned, No. 22 Discount Tire Mustang had to endure what seemed like relentless delays with all those cautions.  It was the restarts that had Blaney scrambling when Brendan Gaughn attempted to take the lead on the first G-W-C and made contact, almost causing their own accident, but Blaney held on and kept the 21-year old in the lead until car 42, Brennan Poole was tapped and spun coming off turn two bringing out the yellow again.

His Ford had a slight tire rub at that point of the race now being pursued by Regan Smith in second, followed by Ty Dillon and Brian Scott in the reshuffle.  The trio was ready for any Blaney mistake.  It didn’t happen as the young man handled the pressure with ease, but had to fight all the way.

“It’s not ideal, at all,” Blaney said of four cautions in the final 20 scheduled laps that interrupted his thrilling Saturday night run to Victory Lane.  “You have a great car and those late cautions are just chances to give it away.  That’s what makes it stressful.  You’ve got to stay focused on the task at hand.”

He learned at Indy last weekend after letting victory escape him with a last-lap pass of Kyle Busch not to look back and charge forward which he did convincingly leading 252 laps despite the two Green-White-Checker periods adding another 10 laps to the race.

“It really speaks a lot to this team,” Blaney said. “(They gave me) a great race car.” 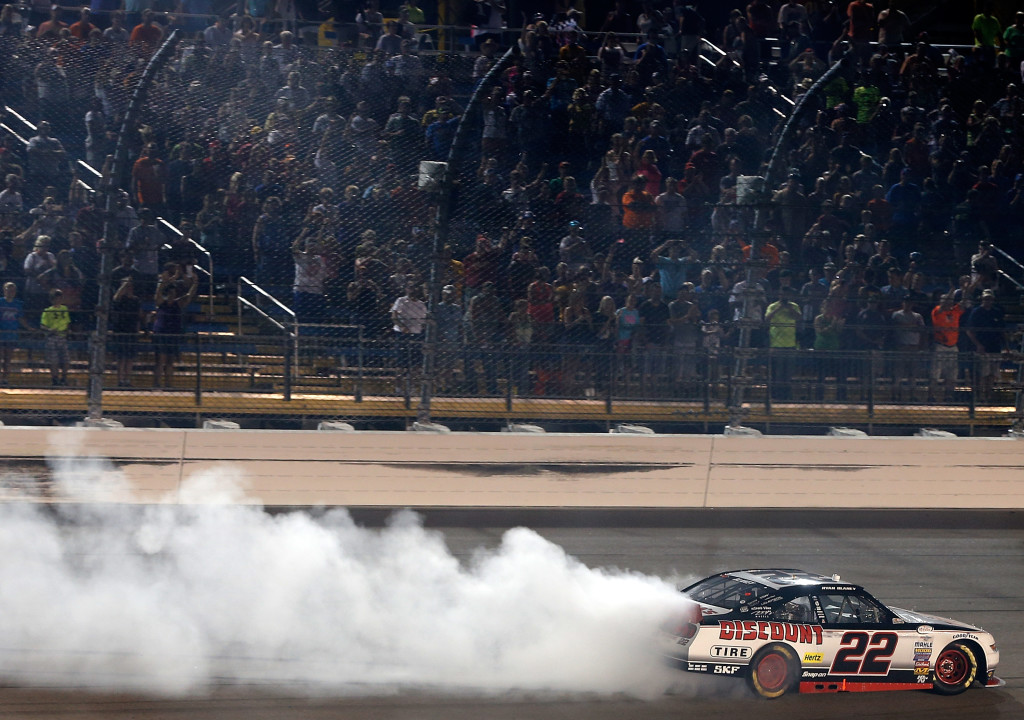 Regan Smith missed Blaney’s jump on the final restart, giving away his chance to win.  “He went a lot earlier than I anticipated,” said Smith, who notched his best finish this season.  “It was my fault for not being ready.”

Kenny Wallace drove in his last NASCAR XFinity series race, qualifying seventh and finishing 15th in the Joe Gibbs Racing No. 20 car.  After 26 seasons, he had 547 starts, nine wins, 10 poles and 173 top-10 finishes, placing him seventh-most in the series.

Polesitter Daniel Suarez was sixth, Erik Jones, who finished 10th earlier in the day at the NASCAR Truck race in Pocono was seventh in Iowa with Elliott Sadler eighth.  Chase Elliott was ninth and Russ Chastain rounded out the top 10.

Buescher finishing 13th now had a lead over Elliott, last year’s champion, at 20 points and 21 over Ty Dillon in third after 19 of 33 events.

The next NASCAR XFinity Series race is the Zippo 200 road course race from the Watkins Glen International Raceway next Saturday, August 10 at 2:30 p.m. EDT on NBCSN.