Have you ever received grave warnings in your email box about the federal government’s plans to intrude on the classic car hobby? Or their premeditated assaults on performance parts and emissions?  It sometimes seems drag racing and circle track cars are under constant attack by politicians who know nothing about motorsports.

But did you know there are members in our US Congress who actually go to bat for you in the hallowed halls of Congress?

One such advocate is Florida Congressman Bill Posey, who is currently the co-chair of the Congressional Motorsports Caucus as well as the Auto Racing Caucus. 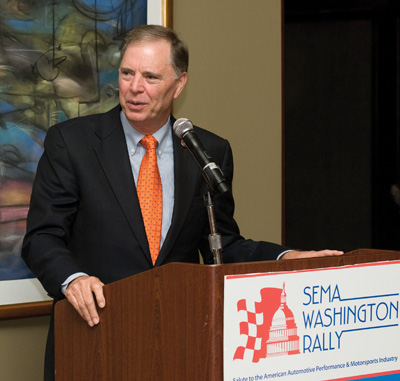 Posey’s advocacy prompted NASCAR to nickname Posey, “Our Car Guy in Congress,” but Posey not only advocates all-things-automotive – but he also drives and maintains his own classic car. (Read on!)

All of this stems from a past life – a time before Washington politics consumed his time – when he was heavily involved in auto racing.

Like many who are involved in drag or circle track racing, Posey’s interest in racing was passed down from his father.

“My interest in cars probably began when I lived in California and began attending short track races with my father at the age of five” he explained. 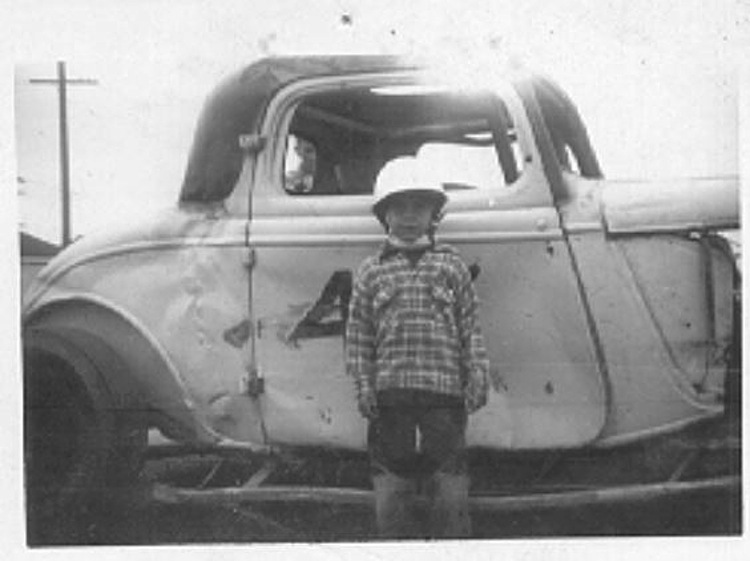 Several years later in 1959, Posey witnessed the 1st-ever race at the new Daytona International Speedway where Lee Petty and Johnny Beauchamp took the checkered flag side by side.

“It took three days of reviewing photograph from different angles to declare a winner,” Posey said.

(It took NASCAR founder Bill France Sr. three days to decide the winner with the help of photographs and newsreel footage. Lee Petty was officially declared the winner on the following Wednesday.)

“I won a whole bunch of races in that Ford,” Posey said.

In 1965, Posey wanted a daily driver that he could also race, but not just any driver would suffice. He dropped out of high school sports and got an after-school job, so he could buy and race NASA astronaut Gus Grissom’s fuel-injected 1963 Corvette after Grissom had traded it in for a new one. 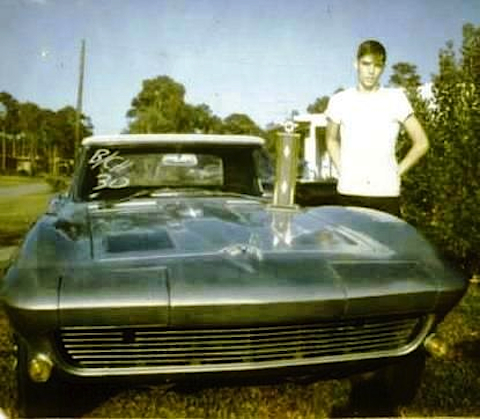 Posey with his ’63 Corvette convertible – once owned by astronaut Gus Grissom.

Throughout the 1960s, Posey continued racing at Eau Gallie Speedway in Melbourne, FL and at Orlando Raceway. 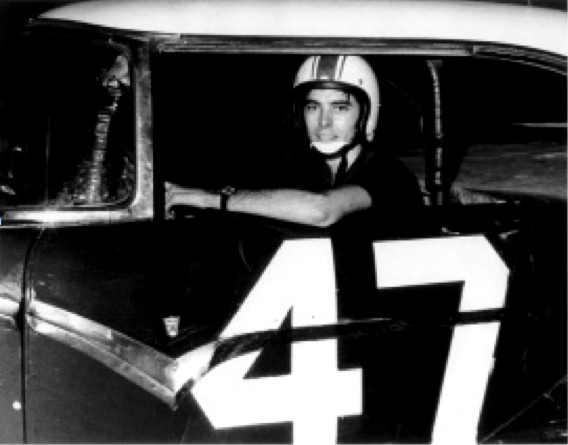 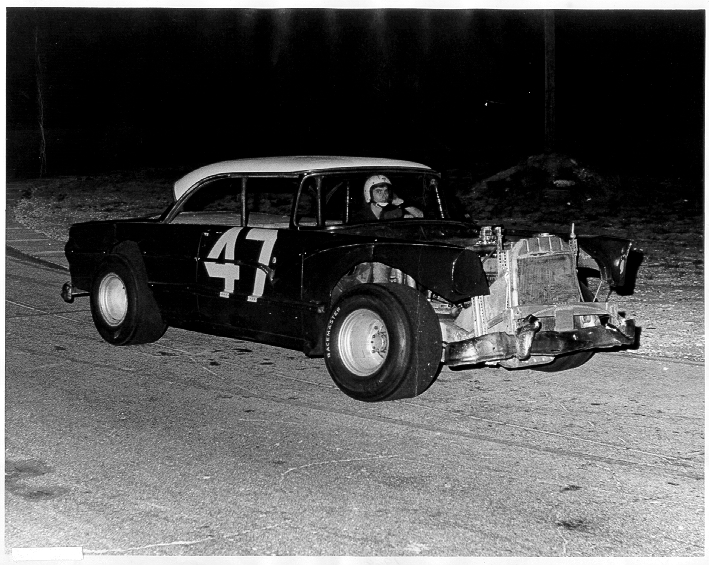 Posey was working at NASA on the Apollo program until the moon landing in August of 1969 was accomplished and he was laid off.  He decided to form an organization he called the Mid-Florida Racing Association, Inc., which eventually bought, renovated and successfully operated the Eau Gallie Speedway. He wrote a book about race promotion in 1971.

In the early 80s, Posey got the itch to go racing again, so he returned to Orlando Speedworld, but also raced at New Smyrna Speedway, Columbia Lake City Speedway, and Hialeah Speedway, where he won dozens of races. 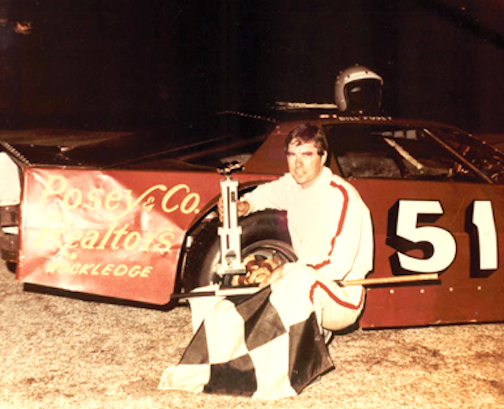 Dale Earnhardt and other Acts of Congress

Despite his job as a FL state representative, Posey always had a finger on the pulse of auto racing.

In February of 2001, when the media wanted to obtain copies of Dale Earnhardt’s autopsy photos, Posey wrote, named and was a Senate sponsor of the Earnhardt Family Protection Act – a law that protects the dignity of the deceased.

“While at the Governor’s Cup race, I ran into my friend and former race driver, Pete Orr, who I didn’t recognize, because he was so emaciated due to his fight with cancer,” Posey recalls. “He was dying because his insurance company would not pay his bills and his medical provider stopped treatments.  I passed laws to address the fraud involved, meanwhile forcing a state agency to arrest the crooked people who ran the insurance company.  It was the first time in history that state lines were crossed to prosecute insurance fraud and the principals of the insurance company were sent to prison.”

Chris Economaki was one of the most respected names in motorsports. His weekly publication, National Speed Sport News, was often referred to as racing’s bible.

“In 2005, I passed a resolution designating Febuary 11, 2005 – the day of the Daytona 500, as Chris Economaki Day,” Posey recalls. “It was to recognize the contributions of a wonderfully humble man.

In 2008, Bill Posey became a United States Congressman – a job that woud consume all of his time. For Bill Posey, it was time to downsize.

“I sold all my racing stuff a year after being elected to congress,” he recalls. “The only remaining car in my shop is my ’66 Malibu.”

“I found it on the Internet in July 2005, so I went to Alabama to buy it and I drove it home. It was really rough.  It still had original shocks and springs.  In fact, if I hit the slightest bump on the highway it would “porpoise” for miles! The battery had rusted through the fender well and only about half of the electrical system worked. Overall I’d say it was pretty much a mess.”

Posey does much of the wrenching himself – claiming it helps him to relax.

“My main focus has been on things you don’t see that make it perform better,” he says. “It originally had a 283 CI engine with a column shift 3-speed.  Now it has a high-performance 350 with a 4-speed.”

Posey replaced all of the bushings and the suspension has been beefed-up with performance springs and shocks, heavy front & rear sway bars and a Corvette quick ratio steering box.  The original drum brakes have been replaced by 4-wheel disc brakes. The original 14” wheels were replaced with classic 5-spoke American Racing wheels.

Congressman Bill Posey is your advocate in Washington. It’s comforting to know that a DC representative of American auto racing has been around the oval more times than most average Joe Racer.

He is truly, “Our Car Guy in Congress.”

1 Comment on Bill Posey: Our Car Guy in Congress