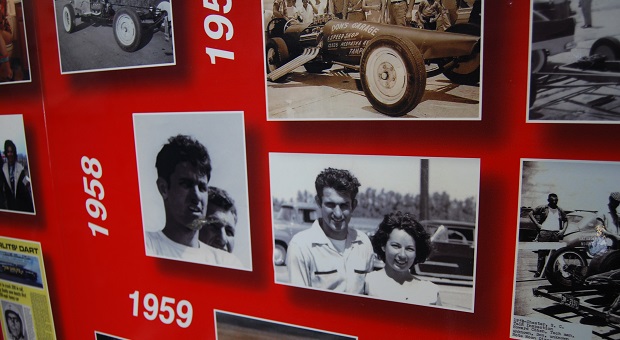 “Big Daddy” Don Garlits, the legendary drag racer, came to the Iola Car Show with a trailer loaded with books, T-shirts and other items to sell. He also brought along one of his famous “Swamp Rat” dragsters, known as Swamp Rat 12-A. There have been a dozen different Swamp Rat configurations. 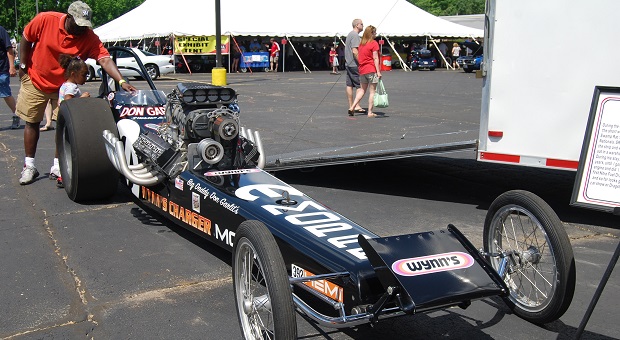 Garlits told Racing Junk he is interested in documenting the history of his sport. He has written seven books about drag racing. He also runs the Museum of Drag Racing (www.garlits.com) in Ocala, Fla. At the Iola Car Show , he fired up the Swamp Rat and did “cackle fest” demonstrations, to educate the crowd about the power and noise that a modern dragster generates. 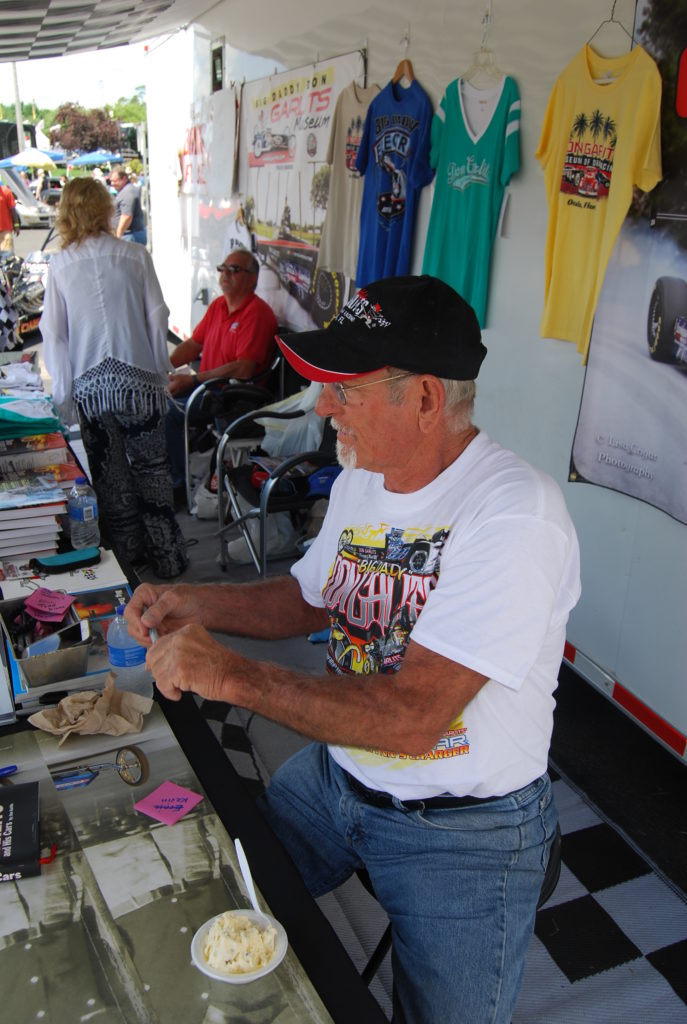 After Garlits drove the car out of the trailer and unloaded his for-sale merchandise, the trailer itself became a rolling drag racing museum. It is decorated inside with hundreds of photos that give a decade-by-decade look at Garlits’ life, starting in the ‘50s and going right up to the modern day. 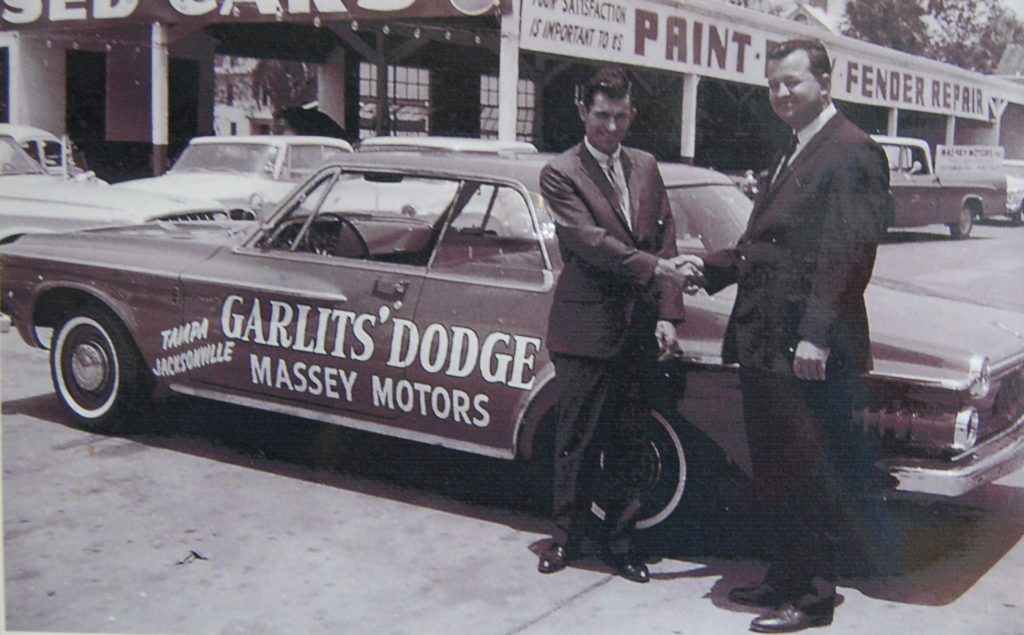 Garlits said that a big part of his life is an ongoing project he has going, He wants to build a replica Swamp Rat for each of the car’s 12 formats. The Swamp Rats are what people call “rail dragsters.” The frame rails Garlits used were from a ‘31 Chevrolet. He needs additional ‘31 Chevrolet frame rails for his replicas and found some at the Iola show. 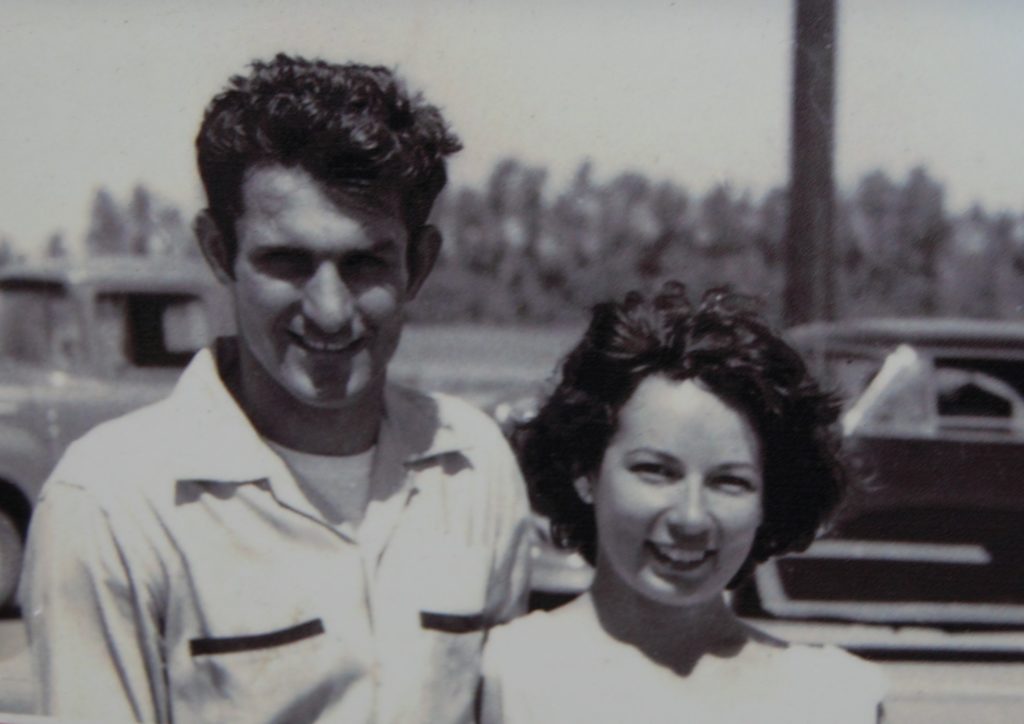 “With that piece, we’ll be able to do another Swamp Rat,” he said. “We have five and this will be six. Each time we find a ‘31 Chevrolet frame in good shape, we build a replica of the next configuration.” 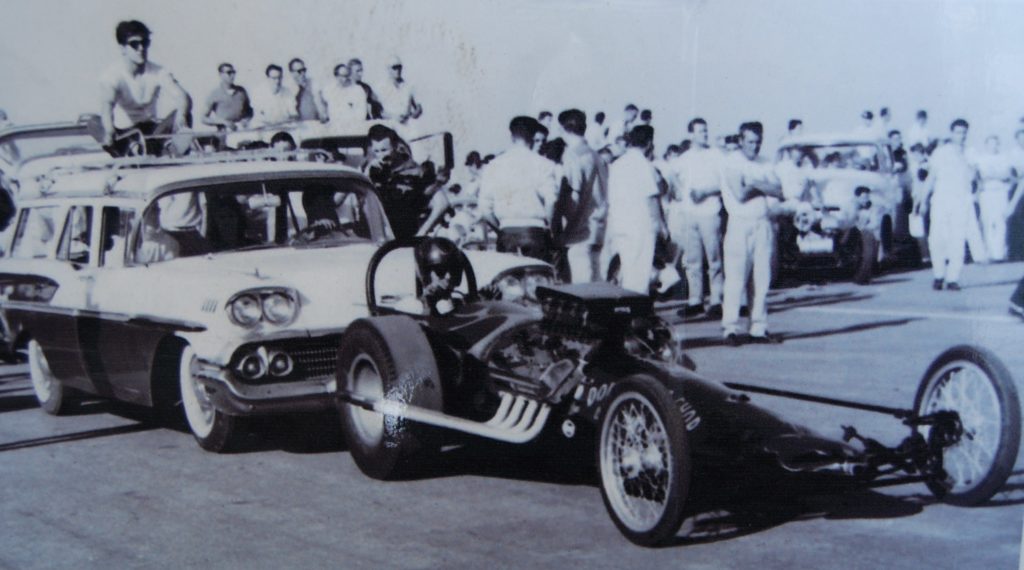 The photos mounted on the walls of the race trailer start with images taken in the 1950s and cover each decade since then. Many of the historical photos are also dated to the years they were snapped. There are black-and-white photos of Garlits winning races and picking up awards. Different versions of the Swamp Rat appear in the photos, along with photos of family and friends, with no shortage of famous names from the racing world and automotive industry.

In addition to a vast photo collection, Garlits has “just under 300 real cars” in his Florida museum. “We’d have over 300 cars,” he noted. “But about 15 are lent out to other museums.” About 45,000 people a year visit his museum. 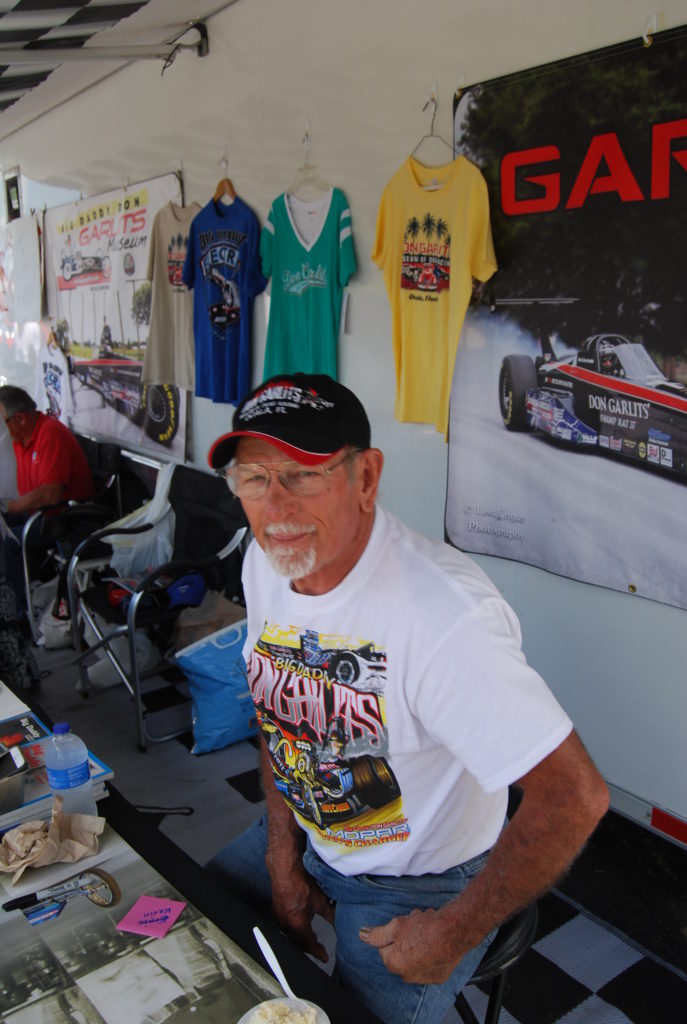