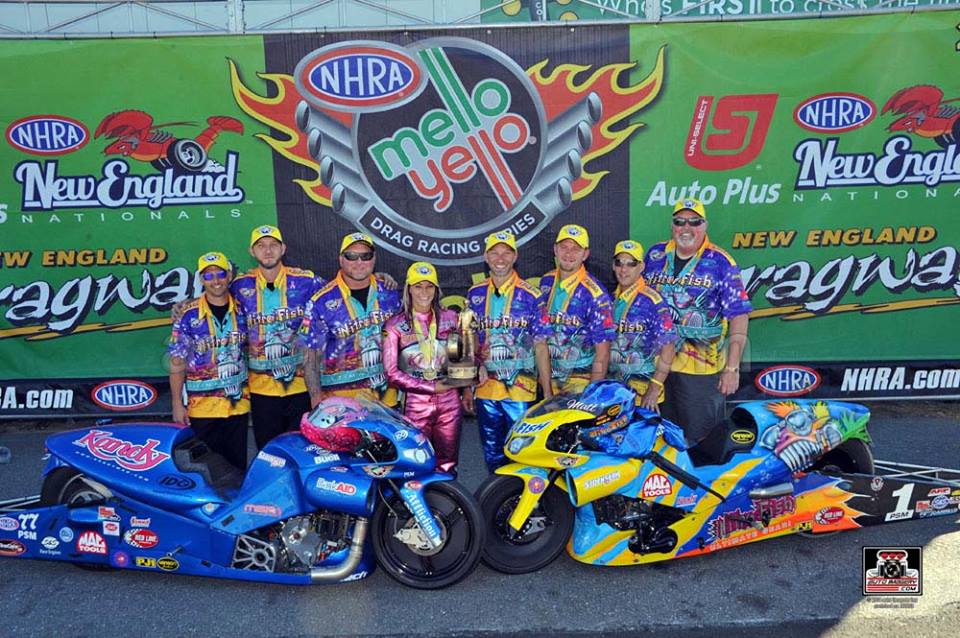 The holidays are over and while everyone has had a chance to step back and relax with family, we are now in a New Year and it’s almost time to fire those engines back up for what is sure to be an exciting 2015 racing season.  One team who is looking forward to their upcoming season is National Hot Rod Association (NHRA) Pro Stock Motorcycle team, Matt Smith Racing along with our featured Behind The Wheel drivers, Matt and Angie Smith.

Team owner, Matt Smith, son of legendary Pro Modified drag racer Rickie Smith, began his career in 1996 when he took his street bike to well known Farmington Dragway.  After continuing to work on this bike and blow away many of his competitors, Smith moved up to competing with an official drag bike at tracks throughout the Southeast before moving up to the big leagues of the NHRA in the Pro Stock Motorcycle division. 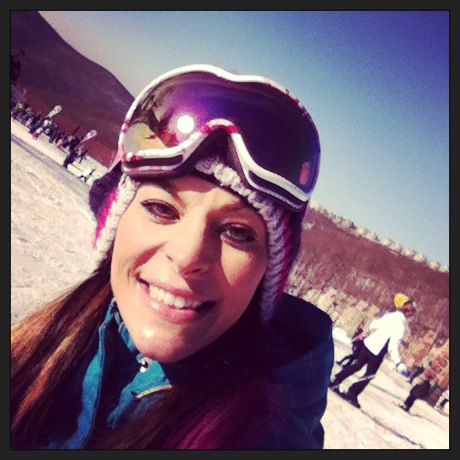 Within eight short years of pursuing his goal to move into the big leagues, Matt Smith competed in 10 NHRA Pro Stock races while also advancing to his first career final round at Memphis International Raceway. Since then, Smith has racked up 17 event wins, two world championships and even joined his father Rickie on the NHRA Championship podium stand in 2013 after his victory over Jerry Savoie at the NHRA Toyota Nationals in Las Vegas.

After this championship win, this speed demon decided to achieve another of his goals off the bike – rack up the wins for Matt Smith Racing (MSR).

“As this team has progressed we began a rental program for those who want a chance to compete on a good bike for what we hope to be wins, and that included my wife Angie,” said Matt.One of the currently rising female stars of the NHRA, Angie Smith began her career by spending her time watching the weekend warriors at historic Bowman Gray Stadium. 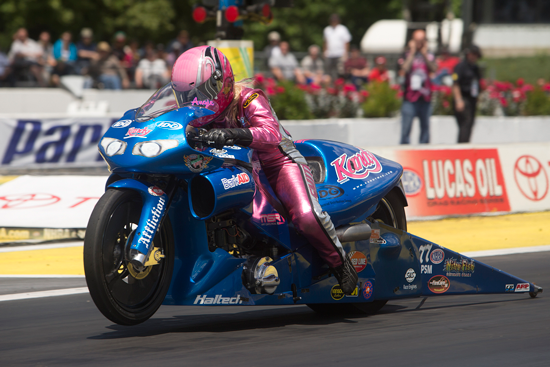 “I never rode a motorcycle until I was 19-years-old,” said Angie.  “I was always brought up at my home tracks where everyone was competing in stock cars.  When I told my dad that I wanted to try stock car racing he was really against this and I really had a desire to be one of the few females who competed at something a bit more challenging so I decided to purchase a street bike.”

After making her first pass on her street bike at Piedmont Dragway a then Angie McBride was hooked and knew exactly where she wanted her career to go.“Within a little over a year after my first pass I began competing in the MIROCK series Outlaw Pro Street division where I competed for four years,” said Angie.

During her time competing in this series, this young rebellious driver not only picked up a championship, but was one of the only females to compete in this marquee division during her reign.  “After reaching the speeds that you do in this level of competition you just want to go faster,” said Angie. “Of course the next level was the NHRA.”In order to continue on her path to her successful future, Angie enrolled in the George Bryce Motorcycle Drag Racing school where she obtained her NHRA license.  Due to her success in this program, Angie Smith also had an opportunity to race for Bryce. 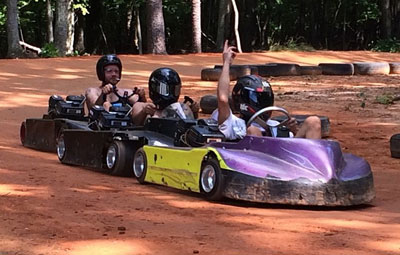 “I competed for George for a brief time but this unfortunately didn’t really work out so I took about a year off to recoup and reassess,” said Angie. “After this my fellow Outlaw Pro Street competitor Matt Smith asked me to come out and test one of his Pro Stock series bikes.”

With a desire to not only see more females within this popular NHRA series, but a new fan base for potential sponsors as well Matt Smith made Angie the newest member of what was then Matt Smith Racing  / Viper Motorcycle Company.  During her first year of competition Angie not only proved that she had what it took to compete with the so called ‘big boys’ of Pro Stock Motorcycle racing, but she also qualified for the NHRA World Finals in Pomona, California.

As her NHRA career continued to develop and she continued to prove herself to a majority of male competitors, “including my now husband before I raced for his team,” Angie’s personal life also began to fall into place.  After competing alongside what was once a competitor and then boss, Angie and Matt began dating and where married in 2009.

“It’s funny to think back on how all this happened,” said Matt.  “Sometimes we argued and even cussed each other out when we were competing.”In fact, it took Matt some persistence to get someone he had at one point considered a rival to even test one of his bikes.  “I really wanted to ride what I knew would be a good bike, but I didn’t want to have anything else to do with him,” said Angie. 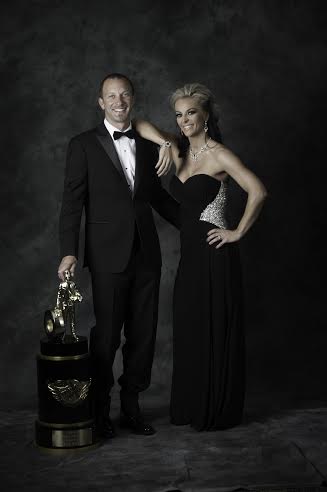 After some persistence, this tough exterior female decided to give Matt a chance and now this hard working couple is not only finding success in love and marriage, but in the racing world as well.  In fact, Matt Smith Racing has picked up 21 wins, including a national win during the 2014 season by Angie Smith who defeated her husband Matt in the Auto-Plus NHRA New England Nationals at New England Dragway with a time of 6.905 seconds and a speed of 191.89 mph.

As she reminisces about this win Angie had to admit, “a win is a win even if it is against your husband,” said Angie.  I was tired of dusting all his national event trophies anyway, it was time that I had one of my own.”

Although both this couple and Matt Smith Racing continue to work hard to be one of the best teams in the NHRA’s Pro Stock division one thing that this motorsports couple is quick to admit is the importance of down time.  So, what do these drivers and top performing bike builders do for fun outside of racing?

“I love to snowboard,” said Angie.  “This is the one thing that I can do where it is just me and I am the only one that I can rely on to stay up on that board and not only have a good time, but even go as fast as I can on a ski slope.”

So, what does hubby Matt Smith do to blow off a little steam?  “When things get a bit hectic in the shop and me and the  guys need a break from both the track and shop we jump in our karts and race,” said Matt.  “I even built a small go-kart track beside our house so we can finish up our day with a run if it’s not to dark.”

Due to their continued success, we couldn’t help but wonder what is next for this motorsports power couple.  “We hope to make this team as successful as possible by giving other drivers like us a chance to compete,” said Matt.  “Although it might be a challenge for me, I would even like to see other females join our team someday, but they will have to remember that they will have to work hard both on the track and off and learn as much as possible in the shop,” said Angie. 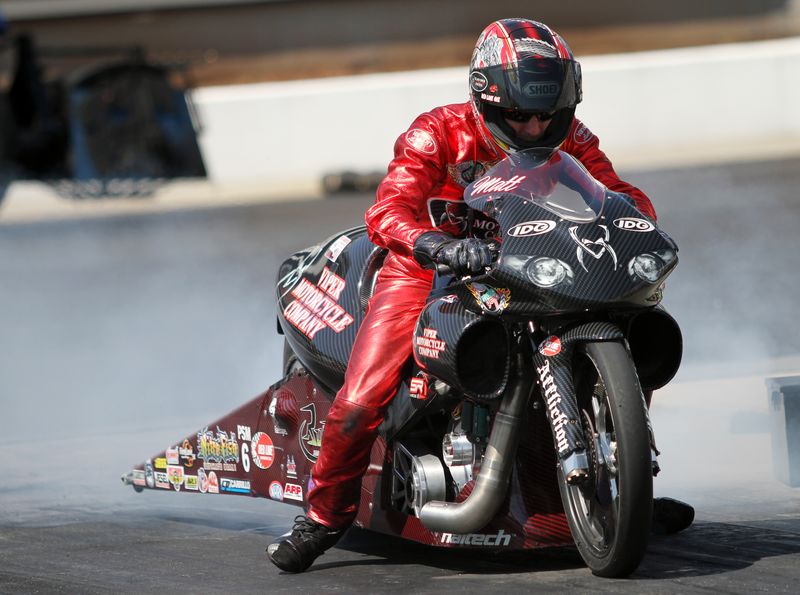 Matt Smith Racing is working on further announcements for the 2015 season so stay tuned to The Burnout at RacingJunk.com for updates.  As the 2015 season approaches, we will also be jumping Behind The Wheel with more of the rising stars of drag racing.  If you would like to see your favorite driver featured please contact us at [email protected].