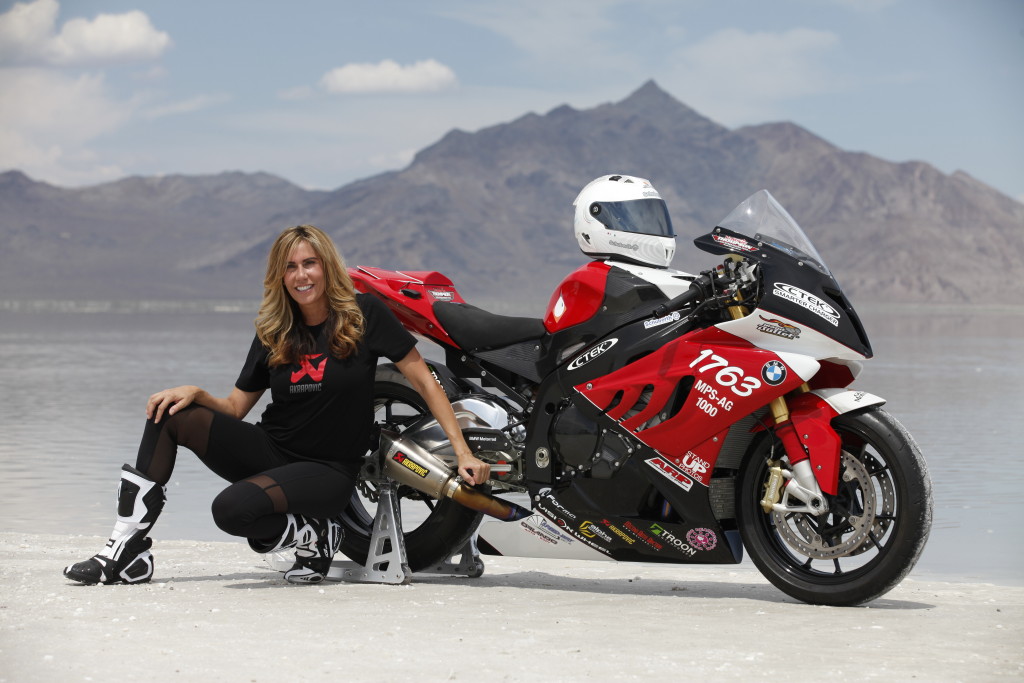 Behind the Wheel With  America’s Queen of Speed

Seven-time land speed record holder, Valerie Thompson may have begun her racing career a little later than most, but this week’s featured Behind The Wheel driver has quickly sped past many who have tried to stand in her way.  Nicknamed ‘America’s Queen of Speed’, Thompson’s first love for drag racing began in her mid-30s.

“The racing bug bit me after I purchased my Harley-Davidson Fat Boy and moved to Arizona,” said Thompson.  “I spent a lot of time on this bike and after riding with a few of my male friends, enjoying the speed around the s-curves and being told that I was out of control on the road, I took the bike to a local race track to run some hot laps. ”

By 2006, Thompson would begin unraveling a very successful future in drag racing as she began competing with the All Harley Drag Racing Association (AHDRA) on quarter-mile tracks throughout the US.  While proving that she had what it takes to outrun most of her competition within the male dominated organization, Thompson was given her first unique opportunity to set records on another Harley.

“Shortly after I began competing with the AHDRA, a local Harley Davidson dealership came on as a sponsor and gave me the opportunity to compete on their first factory drag bike – the V-Rod Destroyer,” said Thompson.  “It was a really cool opportunity because several of my competitors were drooling and chomping at the bit to race one of these bikes.”

After competing on a ‘must have’ machine for the next two years, Thompson, placed third in the nation out of 40 competitors and was also one of the top females in the V-Rod class.

As her drag racing career continued to take off, this speed demon diva raced her way to the top of the circuit when she jumped onto an NHRA Pro Stock Motorcycle.  “Although there was a lack of sponsorship dollars coming in when I started, I was able to purchase a Pro Stock Motorcycle from the legendary George Bryce,” said Thompson.  “After testing this bike in Wisconsin for about six months, I was able to compete in four NHRA Pro Stock events in 2008.”

As her drag racing career seemed to be on the fast track to superstardom, Thompson encountered a road block.  “Unfortunately, sponsorship opportunities for NHRA drag racing seemed to tank in 2009 and I had to find another avenue to keep competing,” said Thompson.

Just like many gray clouds, there was a silver lining for this Queen of Speed.  “I was introduced to BMW by a teammate of mine named Kerry Alter, which actually started the ball rolling into my 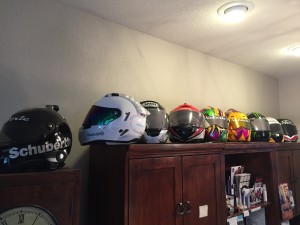 Although there was a time when she felt doubt and even considered hanging up her prized motorcycle helmet collection, after Thompson jumped onto her first BMW S 1000 R land speed motorcycle she knew that she had found her true calling.

In 2012, this calling to set land speed records led to Thompson creating her own land speed racing team.  Valerie’s first year as a team owner/driver met with tremendous success, after setting three national speed records and gaining membership in the Mojave Magnum 200 MPH Club after reaching a top speed of 209.5 MPH on 1.5 mile course.  By 2014, Thompson also became the 24th female member of the Bonneville 200 MPH Club along with receiving The Texas Mile ‘Most Runs Over 200 MPH Award’.

As her newfound success in setting land speed records continues, Thompson is gearing up for her next challenge. This weekend, the Queen of Speed will attempt to break her personal best top speed of 217 MPH at the Texas Mile Speed Festival. 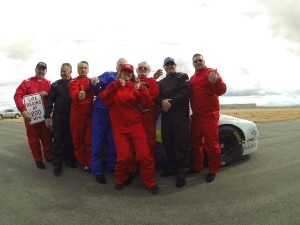 “I love racing at the Texas Mile and I’m anxious to kick off another record-breaking season of racing with our new sponsor, Quicksilver Powersports Lubricants and returning sponsor CTEK,” said Thompson. “I set a new personal best top speed at the last event here in October with an awesome tune-up by Kerry Alter. With all the improvements we made in the off-season to our BMW, I’m optimistic about our performance this year.”

As her 2015 season continues to unfold, Thompson will also be given a new challenge as she slips behind the wheel of a retired NASCAR Nationwide car. “My ultimate goal is to set a speed record in a streamliner so I thought the best way to introduce myself to this is to drive on four wheels on the Bonneville Salt Flats,” said Thompson. “If funding works out, I will have the opportunity to set a world record set in the Guinness Book of World Records.”

To find out more about Valerie Thompson and her upcoming speed record challenges, visit ValerieThompsonRacing.com.

As the 2015 race season continues, we will be jumping Behind The Wheel with more of the rising stars of drag racing. If you would like to see your favorite driver featured please contact us at [email protected].