Proving That Nothing Can Stop a Dream

The Denny Hamlin Short Track Showdown is one of the most prestigious celebrity late model stock charity races in the South.  Two weeks ago Virginia native Timothy Peters took the win in the eighth annual event at South Boston Speedway.  RacingJunk.com jumped Behind the Wheel with the late model talent turned NASCAR star to find out what it’s like to climb the ladder to motorsports fame.

Like many drivers starting out, this now 34-year-old Camping World Truck Series driver first got behind the wheel of a go-kart at the age of 8.   “The Goodyear Tire & Rubber Company, in Danville, Virginia had an asphalt go-kart track for employees only and since my father was an employee he was able to give me an opportunity to race go-karts,” said Peters.  As this once ’employee only’ track became more area-driver friendly, Peters gained more seat experience racing against tougher kart competition.  “I continued to compete in several go-kart races, including those that were being held at this track, for the next five to six years where I ultimately won 200 races and 10 national championships.”

After realizing that his son obviously had the skill to compete, Peters father decided it was time for the next step.  “My Christmas present in 1994 was a legend car, which I then competed in for the next two years and won 72 races along with a handful of championships,” said Peters.

As what seems like a natural progression on the NASCAR trek, Peters was soon driving his way into a late model stock car shortly after obtaining his drivers license.  “My family team and I began competing at Southeastern short tracks like Orange County Speedway, Ace Speedway and South Boston where we struggled initially,” said Peters.  Although there were several uphill battles in his first few years of heavy-bodied stock cars, once this driver came to realize what he was born to do he quickly came into his own. 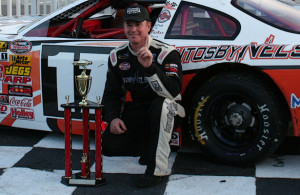 “It’s funny because I have had a lot of wins throughout my racing career, but I can still remember my first late model win at Ace Speedway,” said Peters.  “It was definitely a cool experience that I didn’t even know would contribute to a successful future.”

After overcoming the first mountain, it was smooth sailing to the winner’s circle for this short track natural.  “After switching sponsors and cars in 2001, I picked up six wins at South Boston Speedway and even finished second in the track championship battle,” said Peters.

Just as things were looking up, this wheelman experienced a tremendous loss that had him questioning his entire racing career. “I lost my dad in 2001 and I really didn’t know where my racing career was headed after that,” said Peters.

Although there were question marks left in his mind, Peters guardian angel seemed to be right there guiding him.  “At the end of that year I had a meeting with Mac Bailey and his son Steven, creators of the Bailey’s Cigarette brand, who asked me to join their late model race team,” said Peters. 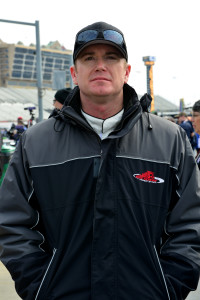 After winning 50 plus races in this team’s late model, the same men who gave Peters a chance to try driving for a new team, gave him another big opportunity.  “In 2005 Mac and Steven gave me a chance to race in the NASCAR Camping World Truck Series (then Craftsman Truck Series) through their partnership with Bobby Hamilton Racing,” said Peters.

Although the wins didn’t run rampant with Bobby Hamilton Racing, Peters was able to pick up three top-10 finishes in his first year and a half of NASCAR competition.

His early performance turned heads at Richard Childress Racing, who asked Peters to join them as a development driver.  “They were actually going to give me a chance to run a pretty decent schedule in the XFINITY Series (then Busch Series),” said Peters.

Although the plan was slated for Peters to compete in 19 series races, he ran six before being released by this team. “It was really cool to try another challenge in my racing career, but circumstances just didn’t work out to compete with this team very long.

As Peters so eloquently describes it, after RCR decided to not further their relationship he was forced to hit the “reset button” on his career.  “It was a little daunting to try to figure out where to go with my racing career after this, but once again I was given another opportunity,” said Peters.

In 2008, Peters and the man who became a rather large father figure in his career, Steve Stallings, began their own Truck Series team.  “I just wanted to prove that I had what it takes to compete in this sport, so we did what we could to compete on a limited schedule,” said Peters.

After running a limited schedule their first year, where Peters was able to score one top-10 finish at his favorite track – Martinsville Speedway, Stallings and Peters had plans to run a full Truck Series schedule in 2009.  After putting this small team fourth in the owners points standings, Peters made the next move in his career to race full-time with Red Horse Racing.

“I was so proud that Stallings and I were able to prove that we could do a whole lot with very little and that included making the right contacts to move forward,” said Peters.  “I met Red Horse Racing owner Tom DeLoach in Daytona and we began talking on a regular basis and before long he was asking me to drive for him,” said Peters. 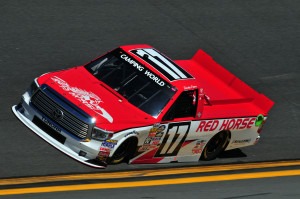 Today, Peters is a family man who continues to see a lot of success in his racing career.  “Although my initial goal was to go as far as this racing thing would take me, I am just glad that I have finally found a team that believes in me and feels more like a family than a team,” said Peters.

Although seeing a lot of success in the upper tiers of NASCAR, this passionate short track driver still enjoys going back to where it all began.  “I love competing with the big boys and girls of NASCAR, but there is nothing like jumping back behind the wheel of a late model, which is why I chose to compete in the Hamlin Showdown,” said Peters.  “This is where you really prove that you still have what it takes because those competitors are hard-nosed and still know how to battle like the old days.” 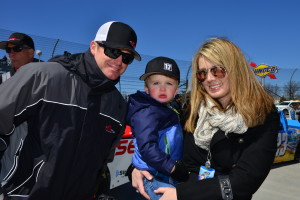 After his recent late model win, Peters will jump back into his No. 17 Red Horse Racing Toyota Tundra this weekend for the Toyota Tundra 250 at Kansas Speedway.

We at RacingJunk.com wish Timothy Peters continued success and hope to see him Behind the Wheel far into the future.  For more information about Peters and Red Horse Racing visit RedHorseRacing.net.