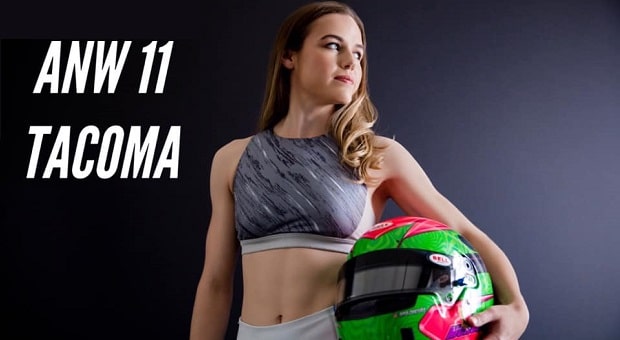 Happy start to summer and welcome back to Behind The Wheel! Those who have been following this feature story series for the last four years will be familiar with the name McKenna Haase.
This now 22-year-old Sprint Car dirt track driver, nicknamed “Sassy Haase,” has continued to turn heads in this sport, especially around her home turf of Des Moines, Iowa. The young racer, who became Knoxville Raceway’s first and only female feature winner in the 360 division four short years ago, has not only continued tacking onto to her feature race win’s list, but has also used her training to start her own successful youth driver development program.

Along with an impressive racing career, Haase is quickly becoming a different kind of famous athlete, who was recently invited to become America’s next Ninja Warrior. Click the Soundcloud link below to learn more about this amazing young woman, who we can all cheer for on Monday, June 24 at 8:00 p.m. EST on NBC.

Do you have suggestions for the Behind The Wheel podcast in 2019? Drivers or other team members that you think would made great interviews? Let us know in the comments below.