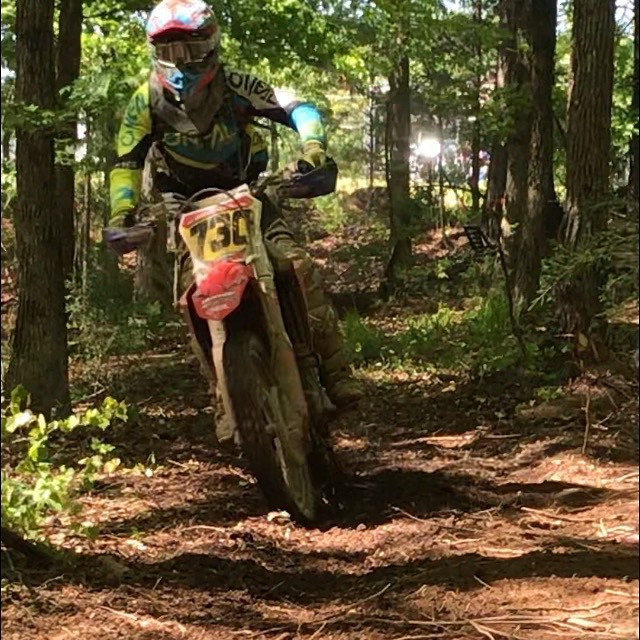 How about racing on two wheels on a treacherous wooded trail?

On Behind the Wheel, along with talking to the major stars in series like NASCAR and NHRA, we also like to spend our time telling the stories of drivers and others involved in those high-risk racing series which don’t obtain as much love as some of these national series.

One such driver is our most recent guest, off-road motocross driver Garrett Robertson. This 19-year-old Randleman, NC native found his love for racing dirt bikes at the age of 11 years and since has risen through the ranks to become one of the most watched drivers on the GNCC Racing Series circuit. Click the Soundcloud link below to learn more about the two-wheel driver who would rather spend his days jumping creeks and slinging mud than taking the easy ride out.

To find out more about Garrett Robertson, check out this two-wheeled dirt slinger on Instagram at garrett_robertson730. Do you have suggestions for the Behind The Wheel podcast this season? Drivers you think would made great interviews? Let us know in the comments below.

1 Comment on Behind the Wheel Podcast Episode 11: Garrett Robertson