It may be racing’s off-season, but that doesn’t stop The Burnout at RacingJunk.com from slipping Behind the Wheel with a few of the drivers that you should be watching in 2016.

Since this great sport of ours began in the dirt, we will start here with up-and-coming sprint car driver Landon Simon. Driver of the United States Auto Club (USAC) No. 24 Mt. Baker Vapor Sprint Car, this third generation driver found his passion at a young age.

“While I didn’t start as young as some of these other drivers these days, I found my passion for sprint car competition while watching my dad race sprint cars at dirt tracks thoughout my home state of Ohio when I was a kid,” said Simon.

Although Simon’s grandfather, father, Chris Simon, as well as his uncle began competing in the dirt prior to his start, this racing family uncovered a hidden gem following a miracle that could have ended this featured driver’s racing career before it even started.

“Fortunately, I had already served on the crew for my family’s sprint car team from the time that I was 13-years-old, but when I was a junior in high school I decided that I was going to do whatever it took to become a winning sprint car driver,” said Landon.

Little did he know that this would mean more than most drivers would have to endure. While hanging out with some friends after school, a then 17-year-old Simon would find himself fighting for his life after being accidentally shot in the chest by a close range shot gun blast. A result of a young person’s foolish game, Simon would be forced to survive a six inch hole in his chest, which resulted in not only losing three-fourths of his blood but in a coma at a Dayton, Ohio hospital for six days.

“After waking up I had a very dim prognosis from my doctors who said I would be in the hospital for at least six months, followed by living on a breathing machine for the rest of my life,” said Simon. “I was even told that I might have to lose my left hand after having it shattered by this high powered shotgun blast.”

While some might give up after this diagnosis, this born to be dirt driver decided then and there that nothing would stop him from living out his dream.

“I did as much planning as I could from my hospital bed and within seven days I was able to walk out of that hospital and start to see these plans take shape,” said Simon. “I told my parents then and there that I was going to race.”

That is just what he did. After working hard throughout the remainder of his junior year and into his senior year in high school, Simon built his first Landon Simon Racing sprint car. 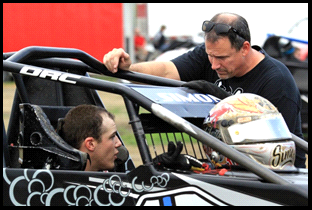 “I bought a used car and used engine and rebuilt this car from the ground up,” said Simon. “I even borrowed an open trailer and four-wheeler and was able to run 15 races my first year in competition.”

WHile in his rookie season, Simon also drove his way into the hearts and minds of Dayton, Ohio race fans who not only routed for his miracle driver but helped him win the Daytona Area Race Fans (DARF) Rookie of the Year award in 2008.

After racing at local tracks throughout his hometown as well as racing across the country as a hired sprint car driver for a few years, Simon would find his way to the mecca of sprint car racing – Indianapolis.

“After a few years of racing at tracks throughout the United States, I knew that if I really wanted to consider myself a serious driver I needed to relocate to Indianapolis,” said Simon.

After winning his first race at his new home, Simon was able to land his first USAC ride where he competed in a partial season in 2013. Although limited funding only allowed for a partial rookie season in a series that Simon considers his ideal form of racing competition, this driver’s never-give-up spirit has led him to now competing full-time with his individually run team.

“While most of our sport is money driven these days and I was going to be forced to start this team on a limited budget, the last thing in the world I was going to do was give up,” said Simon. 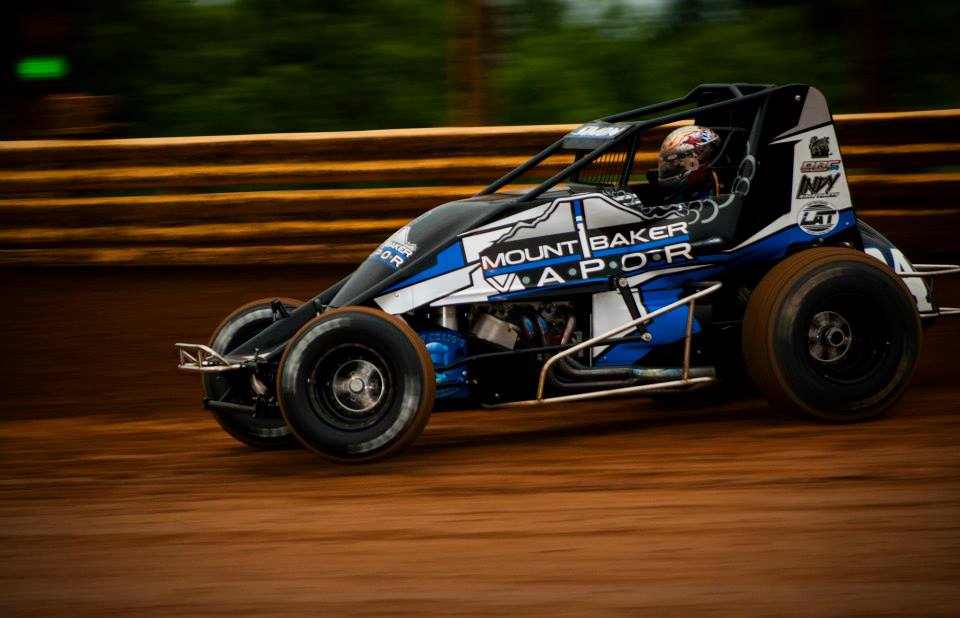 This season, that was the last thing that this talented team owner/wheelman had to do after partnering with current primary sponsor Mt. Baker Vapor.

“We were so proud to partner with Mt. Baker Vapor beginning in 2014 and into our 2015 USAC Series season,” said Simon. “They started a lot like this small team started – with a business plan and a dream.”

Although Simon’s sponsor began with a tackle box and one employee, this electronic cigarette company has grown into a successful multi-million dollar company with over 100 employees.

Following a successful second season with his now growing primary sponsor, this talented driver and his equally successful one man band race team is sure to see continued success in 2016. We at RacingJunk.com will continue to follow drivers like Landon Simon in the New Year and encourage you, our fans, to help us find more up-and-comers who are driving to a dream.

Leave your comments below and we will do our best to promote these driving heroes in 2016.