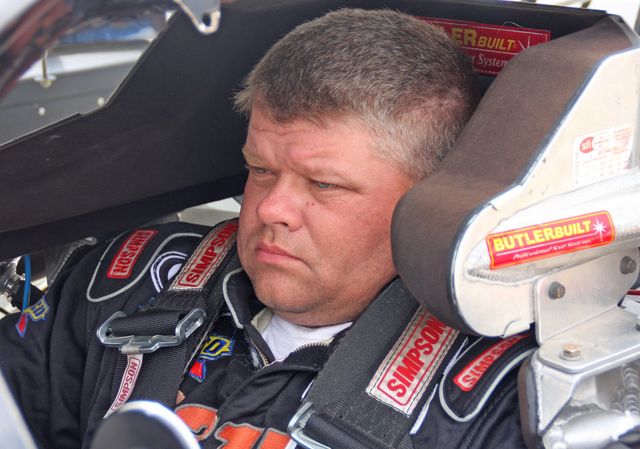 As the old saying goes, legends are made, not born. While there can be many arguments towards this saying, especially in the field of motorsports, think about the drivers that have made an impact over the years. While some may have been born from the loins of those drivers who many of us long-time fans are sure to always remember when thinking back on the history of this sport, it is what they did with their born talent that will write their space in the history books. Bobby Hamilton, Jr., the son of NASCAR legend “Big” Bobby Hamilton, started his story at the age of 15-years-old.

“When I was growing up that was just what we did,” said Hamilton. “My great grandfather, my grandfather, and my dad all surrounded their lives with racing and I began to do the same. Although I played baseball and other sports when I was younger, racing was what my family surrounded themselves with. My friends even used to come over and work on cars after school.”

One of these cars was a gift from the NASCAR legend himself, Hamilton, Sr. “My dad was actually building a car for a guy to run at our home track in Nashville and when his finances didn’t allow him to pursue this plan I told him that I wanted to go racing,” said Hamilton.

While he would eventually move his way up to full-bodied stock cars, Hamilton would start his racing career Behind The Wheel of a Ford Pinto at Highland Rim Speedway. “It was funny because I only knew how to halfway drive a stick shift when we went into testing for the first time, but that didn’t stop my dad from throwing me in the pond, so to speak,” said Hamilton. 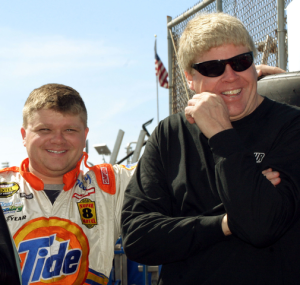 Despite some struggles in his rookie season, with Sadler Brothers Racing, the Hamilton name would continue its growth in the NASCAR world as Hamilton, Jr. began to jump into better performing rides and pick up top-10 finishes. In 2002, Hamilton, Jr. had an opportunity to pick up his first checkered flag in the now XFINITY Series at New Hampshire Motor Speedway.

Jr. eventually joined Sr. in the Truck Series by jumping into his father’s No. 4 in 2004 and continued to jump around each of NASCAR’s top three series for the next three years until the passing of Bobby Hamilton, Sr. in 2007.

It wasn’t long after the passing of his mentor that Jr. once again decided to carry on his father’s legend. “While I always enjoyed driving as well as becoming a NASCAR winner, restarting my career as a team owner was something that I really wanted to do,” said Hamilton.

This dream came true in 2009 after forming Rensi-Hamilton Racing in the NASCAR Camping World Truck Series. After some time with this team, Hamilton would eventually make his return to his favorite series – the ARCA Series during the 2014-2015 racing season. After some time back behind the wheel, Hamilton returned to his true calling by forming Hamilton-Hughes Racing, alongside former ARCA Series driver Jack Hughes for the 2016 ARCA Racing season. 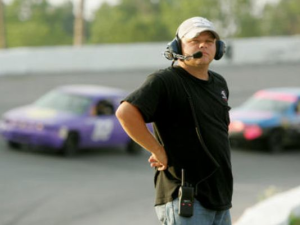 Today, Hamilton is once again a team owner who is using the knowledge and skills that he has gained through the years to assist young drivers, mechanics, and pit crew members achieve their motorsports dreams within the ARCA Series.

“Although I am helping young drivers learn what it takes to compete today, I am also learning what it takes to become a team owner,” said Hamilton. “While both career paths are challenging in their own right, it is amazing to see just how tough it is to run a successful business and team all while helping others learn how to build something and someone into a success.”

Hamilton has continued to grow his team with popular motorsports rising stars like Cassie Gannis and Brandon McKenzie and hopes to grow this team throughout the years.

“I would like to help as many as I can make a name for themselves in this sport through this team,” said Hamilton. “I was fortunate enough to grow up with a legend that made my start possible and I hope to do the same for others.”

To learn more about this growing ARCA Series team and how you might be able to work under the newest motorsports legend, visit Hamilton Hughes Racing at HamiltonHughesRacing.com/ or at facebook.com/hhracingarca.