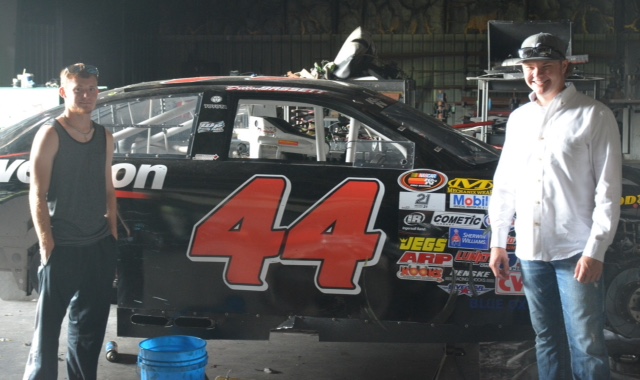 There are many young stock car drivers who have NASCAR dreams. RacingJunk.com slid Behind The Wheel with two NASCAR K&N Pro Series East racing drivers, who recently saw their futures put on hold as a fire ripped through their family’s race shop.

Due to a faulty wire on the racing hauler of Bassett Racing, which was parked inside the shop on that fateful night of May 20th, the enormous fire that ensued left Ronnie Bassett, Jr. and his younger brother Dillon Bassett wondering whether or not their successful racing futures would go up in smoke.

Ronnie, Jr. and Dillon Bassett discovered their love for racing before they could even turn their first torque wrench.

“Dillon and I were in the shop helping my dad with his car when we were barely able to walk and talk,” said Ronnie Jr.

Ronnie Bassett, Sr. was a well-known driver in a variety of series at Bowman Gray Stadium, in Winston-Salem, NC, who passed on his passion for this sport to his two sons. After learning everything that they could in the shop from their stock car racing father, it wouldn’t be long before Ronnie Bassett, Jr. and Dillon Bassett were spending as much time as possible on the track. Not just on any race track – but on their own home track.

The Bassett Racing family was officially born after Ronnie Bassett, Sr. built his then 7 and 8-year-old sons their own paved quarter-mile track beside their home shop.

“After the track was built, my dad would have Dillon and I running 100 laps a day in our then Bandolero cars, to make us better,” said Ronnie, Jr.

Before long, both Ronnie, Jr. and his younger brother Dillon were both winning Bandolero championships. By the time both were reaching their teenage years, each was taking the next step in their racing careers.

“Both Ronnie and I had goals to make it as far as we can in this sport, so the next natural move for us from Bandolero and Legend Car racing was late model stock racing,” said Dillon.

As both were picking up wins in their family’s home built late models at tracks throughout the Southeast, each had their eyes set on their next challenge – the NASCAR K&N Pro Series East.

“We grew up racing stock cars and both of us would love to someday race at the top levels of NASCAR and both my dad and I agreed the only way that both Dillon and I could make this happen is to keep racing to the next level,” said Ronnie, Jr.

Although the youngest member of this racing family would have to wait a year watching his brother run in this upper echelon series, it wouldn’t be long before these heavily competitive siblings were once again rubbing fenders.
“It means a lot more just because when we go out there and race, we’re not just showing up with a suit and a helmet ready to run somebody else’s stuff,” said Dillon. 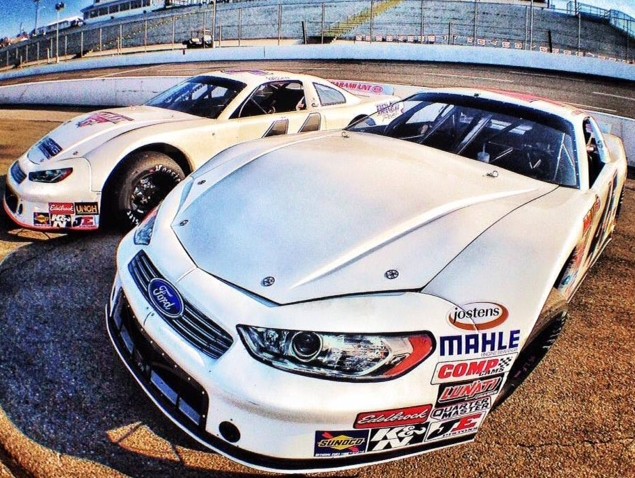 Although each Bassett racing brother struggled during their first couple of years competing in this series, it wouldn’t be long before the Bassett Racing Team would become a force to be reckoned with.

“We both had a lot of experience racing at short tracks around the Southeast, but there is just nothing that can prepare you to get seat time at bigger tracks like Iowa Speedway and Dover International Speedway,” said Ronnie, Jr.

Despite both Ronnie, Jr. and Dillon Bassett being listed in the top-15 in the 2016 NASCAR K&N Pro Series East point standings prior to this fire, both would have had to sit on the sidelines hoping that a miracle can save their season following the Stafford 150, at Stafford Motor Speedway.

“We were very fortunate to both have an opportunity to compete in this race thanks to generous teams like David Calabrese and Calabrese Motorsports as well as Rick Gdovic and Charles Denike’s Precision Performance Motorsports,” said Ronnie, Jr. “Now we will just have to rebuild and get ready for the 2017 season unless another opportunity becomes available.” 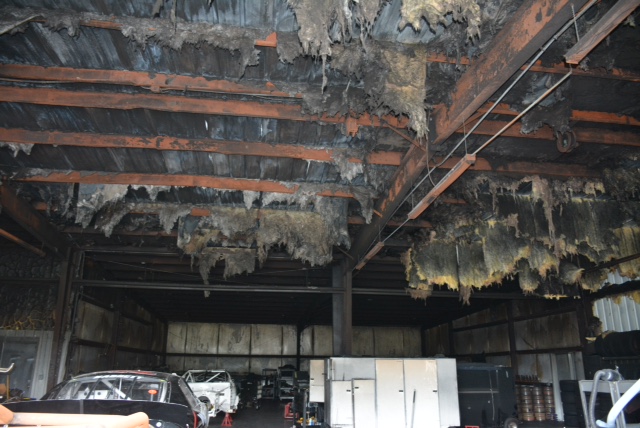 As this family team takes the rest of the 2016 season off to restore the six stock cars lost in the recent fire, both Bassett brothers won’t let anything stop them from someday seeing their dreams to compete against one another in the NASCAR Sprint Cup Series.

“It is hard to know that our season is already over,” said Dillon Bassett. “We can’t let this stop us from going after what we were meant to do, so we will just come back stronger next season.”

To help this race team rise from the ashes contact Bassett Racing HERE.