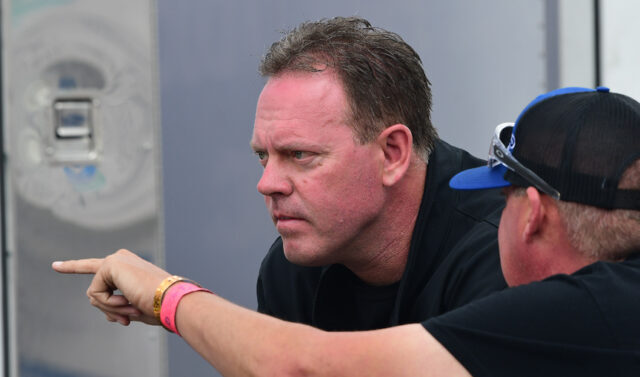 “I want to race where I’m celebrated, not where I’m tolerated.”

That’s a direct quote from three-time NHRA Camping World Pro Stock champion Jason Line, who departed the category at the close of the 2020 season. Both he and five-time Pro Stock titleholder Jeg Coughlin Jr. exited professional straight-line doorslammer competition at the end of one of the most difficult season NHRA has faced in its modern era.

When the Coronavirus pandemic hit, just as the series was beginning its third race of an intended 24-contest campaign, NHRA looked pretty healthy, competition-wise. There were cars in all professional classes, newcomers were joining the series – especially in Pro Stock, which was welcoming second generation racers Aaron Stanfield, Kyle Koretsky and Mason McGaha, among others. Many of the older competitors were beginning to hang up their gloves, giving the younger drivers opportunities they might not have had in previous years.

At the start of the year, Mello Yello, a Coca Cola Companies product, was NHRA’s naming sponsor and was designated to continue through 2023, when it was up for contract renewal. Then the virus hit and, along with it, the world – racing and otherwise – turned upside down. Coke left, NHRA sued, and mega-star John Force elected to park his four-car nitro team for the balance of a year that restarted in July at Indianapolis, normally the home solely of the vaunted U.S. Nationals.

Once Coca-Cola and its Mello Yello brand declined to continue its participation in NHRA activities, the series was thrown a Twitter-based lifeline by Marcus Lemonis and his Camping World brand. It’s now the naming sponsor for all NHRA professional activities outside Pro Mod and Top Fuel Harley.

But cancer continues to infect NHRA drag racing and it is centered in Glendora, California, a site that might have worked for the so-called nonprofit in its earlier years, but the expense of having headquarters in this highly-taxed state has been more than problematic for NHRA. It pays its top employees more because the cost of living in California is so high.

And now, it barely pays the people who race. And who mightily pay to race. Payouts dropped precipitously during the pandemic and are not being returned to the racers. As Line so aptly states, the racers are being tolerated, not celebrated and the exodus will continue as racers are unable to pay their bills.

Look at the contraction at Don Schumacher Racing, which now has two Top Fuel entries for Antron Brown and Leah Pruett, two Funny Cars with Ron Capps and Matt Hagan at the wheel. Both Funny Car standouts Jack Beckman and Tommy Johnson Jr. are on the sidelines, as is the most successful Top Fuel racer in history, 85-race winner Tony Schumacher.

John Force Racing returns in 2021, but as a three-car team for family members John Force, Brittany Force and Robert Hight. Austin Prock got left out in the cold without sufficient backing, but is still working with the team and could engage in some future Top Fuel contests. Team Kalitta remains with three cars in play for Doug Kalitta, Shawn Langdon (Top Fuel) and J.R. Todd, the 2018 Funny Car champ who can race either a flopper or a rail.

The amount of money these teams spend to compete in NHRA is astronomical and sponsorship is a necessity. For the Don Schumacher’s, John Force’s and Connie Kalitta’s of this world, there has to be some return on their massive investments in personnel and equipment. Right now they don’t have the sponsorship necessary to operate at the highest level. And much of that blame rests in Glendora, where mismanagement has caused many of the issues that force racers to stay home.

“I didn’t enjoy racing Pro Stock anymore,” Line said as he prepped the cars of Greg Anderson and Kyle Koretsky, both of whom are racing in the 2nd annual CTECH World Doorslammer Nationals at Orlando Speed World Dragway. To get his racing fix, Line is returning to the sportsman ranks and having fun again. In part, he puts blame on the out-of-touch executives who are minding their business but not remembering who got them where they are today.

The issues NHRA is going through aren’t solely in its house. Every form of motorsport is going through change that need to occur and those changes have been exacerbated by the pandemic and by America’s civil unrest. Still, it is apparent NHRA’s executives are running the business to benefit themselves at the expense of the racers. If NHRA intends to survive, it needs to do a proper handbrake turn and put its house in order to make racing less of a financial and enjoyment drain to its participants. The changes NHRA makes need to be fueled by the views of its participants. NHRA needs to celebrate, not just tolerate its citizenry.

18 Comments on As Racing Changes, It’s Time to Celebrate the Racers