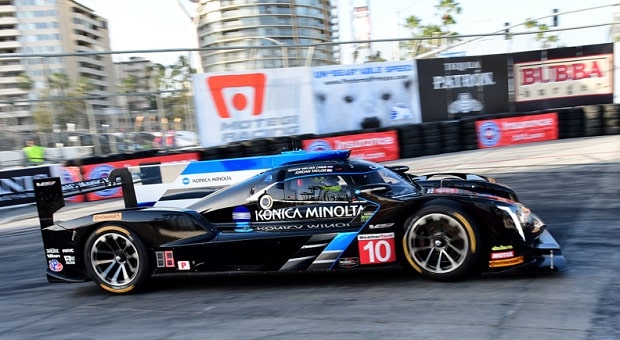 Fernando Alonso, the recently retired two-time Formula 1 champion, was serious when he said his next goal in life is to achieve the triple crown of winning the F1 title, the Indy 500 and Le Mans. He’s already got his 2019 Indy 500 ducks in a row with McLaren Racing and today announced participation in the 2019 Rolex 24 at Daytona, a race that ushers in the 50th anniversary of sanctioning body IMSA.

Alonso’s choice of teams is prescient, as he’s aligned with Wayne Taylor Racing, driving the No. 10 Konica Minolta Cadillac DPi-V.R alongside full-time drivers Jordan Taylor and Renger van der Zande. The fourth driver for this race is former F1 and current FIA World Endurance Champion racer Kamui Kobayashi. This quartet will line up for the twice-around-the-clock midwinter classic that opens the IMSAS WeatherTech SportsCar Championship Jan 26-27 at Daytona International Speedway.

The January race will be the second consecutive Rolex 24 appearance for Alonso, 37, and his first race since ending his full-time F1 career after 17 years, the last four spent with the McLaren team. He’s on a declared sabbatical from F1 in his quest to secure the Triple Crown of motorsports. Kobayashi, in his third season racing with Toyota Gazoo Racing in the team’s No. 7 entry, is second in FIA’s WEC superseason standings after finishing second at both Spa-Francorchamps and Le Mans, then earning wins at Fuji and Shanghai.

Wayne Taylor Racing (WTR) won the 2017 Rolex 24 at Daytona with Taylor’s sons Ricky and Jordan Taylor, longtime partner Max Angelelli and NASCAR superstar Jeff Gordon; the team captured IMSA’s championship the same year. “I am extremely excited to have added Fernando Alonso and Kamui Kobayashi as teammates for Jordan and Renger at Daytona,” said team owner Wayne Taylor. “Both Fernando and Kamui are the cream of the crop of world-class driving talent, not only in F1 but as current sportscar drivers.

“It’s taken a long time to put this all together and I’d like to thank everybody who made it happen,” Taylor continued. “Fernando drove at Daytona last year, and it’ll be the first time at the 24-hour for Kamui, who is a superstar driver who will figure it out quickly. We have plans to integrate both drivers into our program very efficiently and successfully. I’m absolutely ecstatic that we have been able to make this happen and I can’t wait to get to Daytona.” 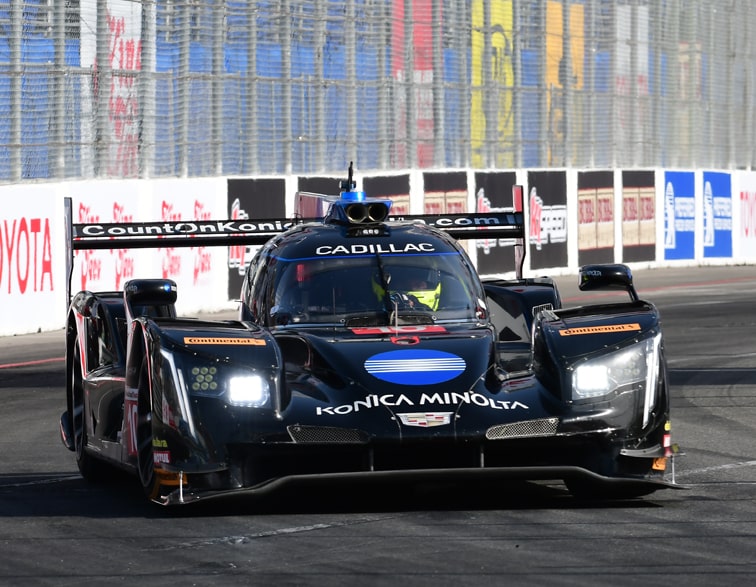 Alonso made his first appearance at Daytona in 2018 with United Autosports, a sports car entity aligned with McLaren team principal Zak Brown. He drove an LMP2 racecar and finished 13th after suffering mechanical maladies. The Spaniard owns 32-career F1 victories and earned back-to-back championships in 2005-6. HIs recent foray into WEC competition with the No. 8 Toyota Gazoo Racing team that leads the WEC 2018-2019 superseason resulted in wins at Spa and the 2018 24 Hours of Le Mans.

“I am very happy about joining the Konica Minolta Cadillac team and Wayne Taylor Racing,” said Alonso. “This is undoubtedly one of the greatest races in American and world motorsport and returning to the United States is always special. The atmosphere created by the fans [here] is unique throughout an incredible weekend. I really hope to fight for the win, as well as have fun and putting a smile on the fans’ faces.”

The No. 10 WTR entry has been a fixture at the top of IMSA competition, particularly in the grueling Rolex 24 at Daytona, much of which is run in darkness. Prior to its disappointing 15th-place result due to tire issues, WTR reeled off five consecutive Rolex 24 podiums, with a total of 963 laps led from 2013 through its winning year of 2017. The team capped its 2018 season with victory in Petit Le Mans last month at Road Atlanta, where van der Zande executed a dramatic last-lap pass to earn the win, lengthening his now 15-consecutive-season win streak.

Before the 57th Rolex 24 at Daytona, all entered teams take part in three days of testing, known as the Roar Before the 24. That takes place on Jan 4-6 on the Daytona road/oval circuit. New IMSA television partner NBC will provide flag-to-flag coverage of the Rolex 24 at Daytona on its family of networks.

About Anne Proffit 662 Articles
Anne Proffit traces her love of racing - in particular drag racing - to her childhood days in Philadelphia, where Atco Dragway, Englishtown and Maple Grove Raceway were destinations just made for her. As a diversion, she was the first editor of IMSA’s Arrow newsletter, and now writes about and photographs sports cars, Indy cars, Formula 1, MotoGP, NASCAR, Formula Drift, Red Bull Global Rallycross - in addition to her first love of NHRA drag racing. A specialty is a particular admiration for the people that build and tune drag racing engines.