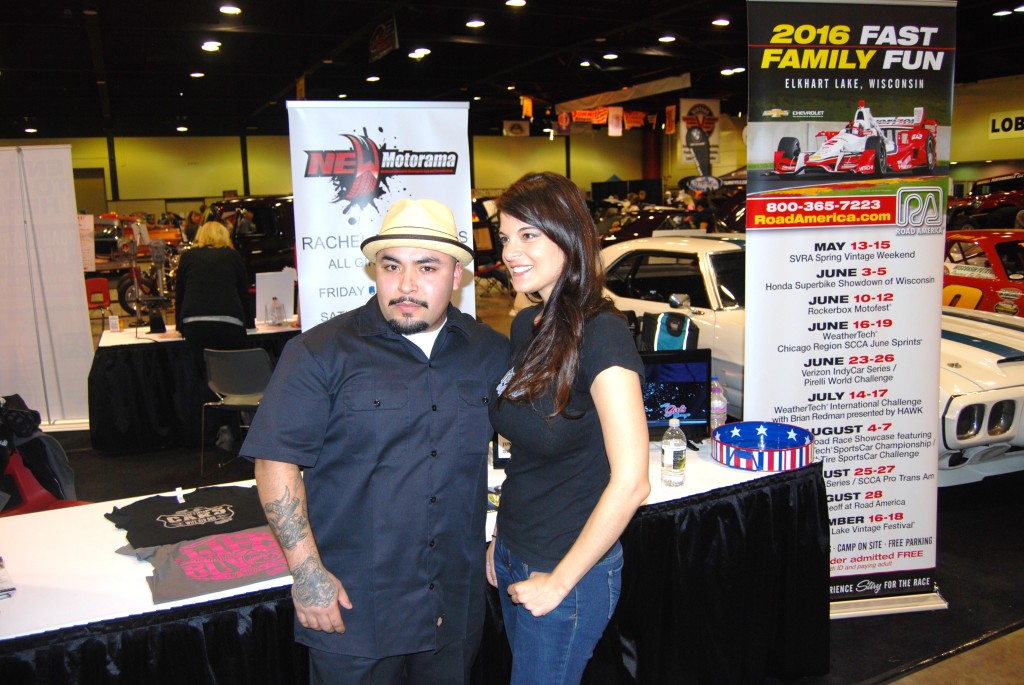 Rachel De Barros may have participated in the Mustang Build Powered by Women at the 2012 SEMA Show, but she’s a self-proclaimed Mopar Girl and a lover of E-body Plymouths. In fact, one of her latest projects is a 318-powered ‘Cuda that we talked about at the NEW Motorama show in Green Bay, Wis.

Rachel admitted it was her first trip to Packerland, but it was not her first trip to the Badger State. After getting her pilot’s license while in high school, she flew all through her college years and attended many Experimental Aircraft Assoc. (EAA) Air Shows in Oshkosh. “So, I’ve been to Wisconsin more than a few times,” she told us.

Rachel was at the NEW Motorama to sign autographs for fans of the “All Girls Garage” half-hour D-I-Y TV show on Velocity Network. “Velocity is devoted to all-car shows,” she explained. “So, if you’re a motorhead or gearhead, all that programming is made to order for you.” 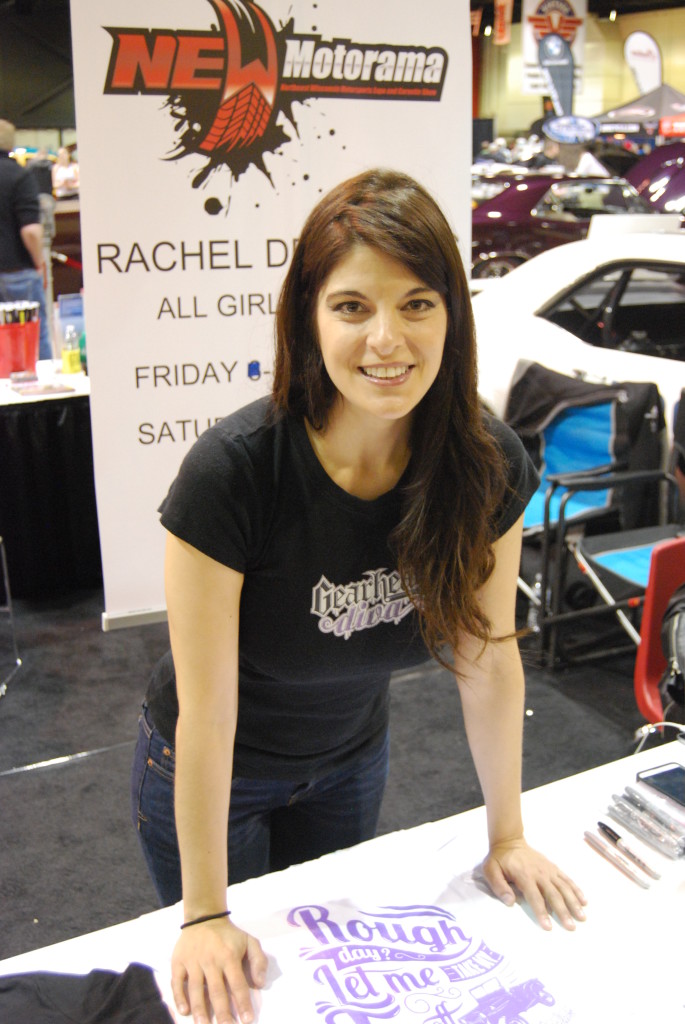 Luckily, Rachel completed the Automotive Training & Repair Program at the Philadelphia Automotive Training School. That helped prepare her for what happens on “All Girls Garage,” which is that different customer cars come into the shop because their owners got stuck at a certain point in a build. “They need our help, so we install aftermarket parts and even do some fabrication to make everything fit,” she said. “It depends mostly on what the owner of the car wants.”

The show airs every Saturday and Sunday morning, but Rachel spends more time than that turning wrenches. “We get to work on a variety of different cars and motorcycles, so we’re always getting our hands on something new, something old or something vintage,” she pointed out. “It keeps us guessing all the time and working out problems,” she admitted.

Each of the three women starring in the show has a business of their own. “Cristy Lee is like the queen of everything on wheels,” De Barros noted. “She races motorcycles and does motorsports coverage all over the nation. My company – Gearhead Diva – is a production company. We produce videos on how to modify your car, how to do car repairs and how to do some fabrication with tools you already have in your garage. 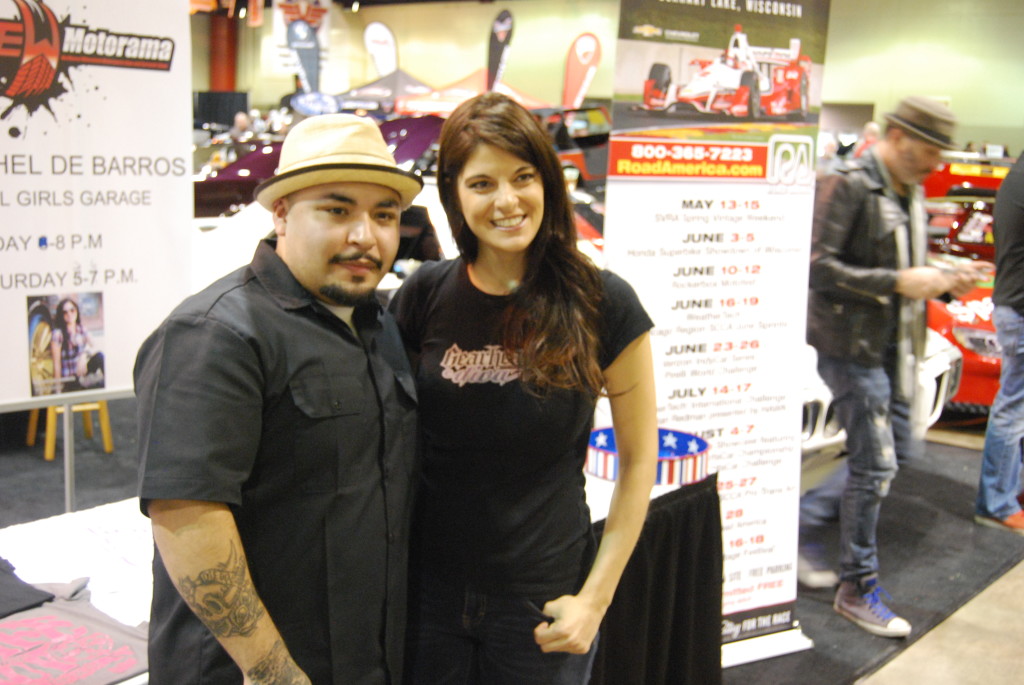 Rachel told us she learned to work on cars by “D-I-Y and making lots and lots of mistakes.” Her father was an electrician, so the first things she learned were wiring and soldering. “I would go out on jobs with him, so I always liked mechanical things, whether it was a VCR or a microwave or a car.” She started out doing her own oil changes and soon moved up to brake jobs. “Everything just went from there,” she recalled. “I like taking care of my own car.”