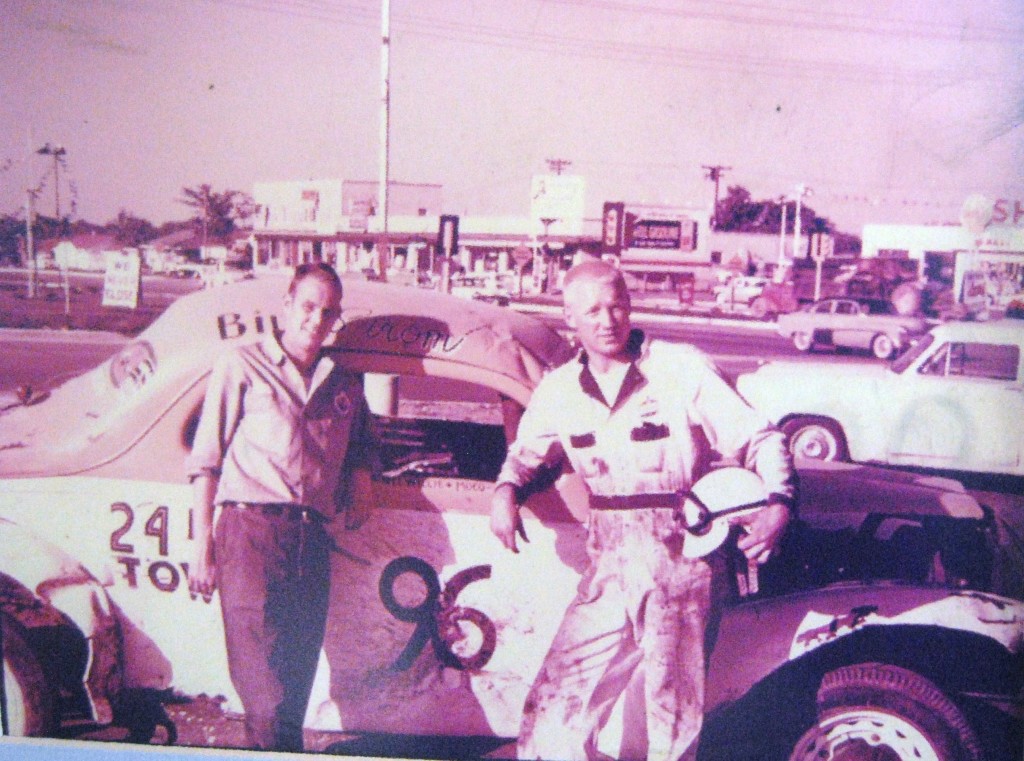 When Julie Strom loves was young, her father worked at a gas station in Milwaukee, Wis. and did towing. He could not afford to campaign a racing car, but he loved auto racing and wanted to be a part of it. “So, he pushed cars at the races,” Julie explained, “And we got to push midget racing cars to start them.”

Julie’s dad became a pit steward at several dirt tracks and a close friend of a race promoter. When she and her brother were teenagers, they drove on the racetrack to dry out the dirt and pack it in. “We also got to drive tow trucks, old junky trucks and some racing cars,” Julie recalled. “We thought we were normal kids, even though we were going to the races four or five nights per week.”

After Julie married Bill Strom, the racing and towing experiences merged. Strom and a partner named Grant Schmit had a tow truck and a jalopy type racing car. “The towing and the racing kind of started together,” Julie explained. “It was hard to separate them, since it was all Bill knew and all he did.”

Bill Strom raced cars from modifieds to late-model stock cars. He’d send tow trucks to Wisconsin’s State Fair Park for all races there. The trucks would park in the infield and towed most of the wrecked racing cars. A few other towing companies got involved, but Bill’s Automotive Towing Service was always there. “The trucks usually parked on the backstretch,” Julie said. “They towed at Hales Corners Speedway, too. Some drivers would take tow trucks to other dirt tracks hoping to get business, but most tracks had their regular towers.”

Bill Strom hooked up with the Zecol Lubaid Racing Team, which was a big deal. Zecol Lubaid made automotive additives and lubricants in the Milwaukee area. Julie never met company owner Bill Trainor, but he became a close friend to her husband. Strom got to crew for famous drivers like Roger McCluskey and Norm Nelson and hauled team cars from California to Pocono Speedway.

After Bill hung up his helmet, he and Julie became photographers and reporters for two racing organizations, ASA and NASCAR. They wrote and took pictures for Midwest Racing News. The couple traveled from Dover, Del. to Riverside, Calif. taking in all the races and getting VIP treatment as reporters.

Julie misses the old days. “You had to be in that circle to understand – it was awesome,” she reminisced. “You can’t do it again and you can’t re-create it. It’s done. It’s over. But it’s fun trying to relive it. You can do it on your own, but to try to get a bunch of people to think back to those days is a really difficult thing.”