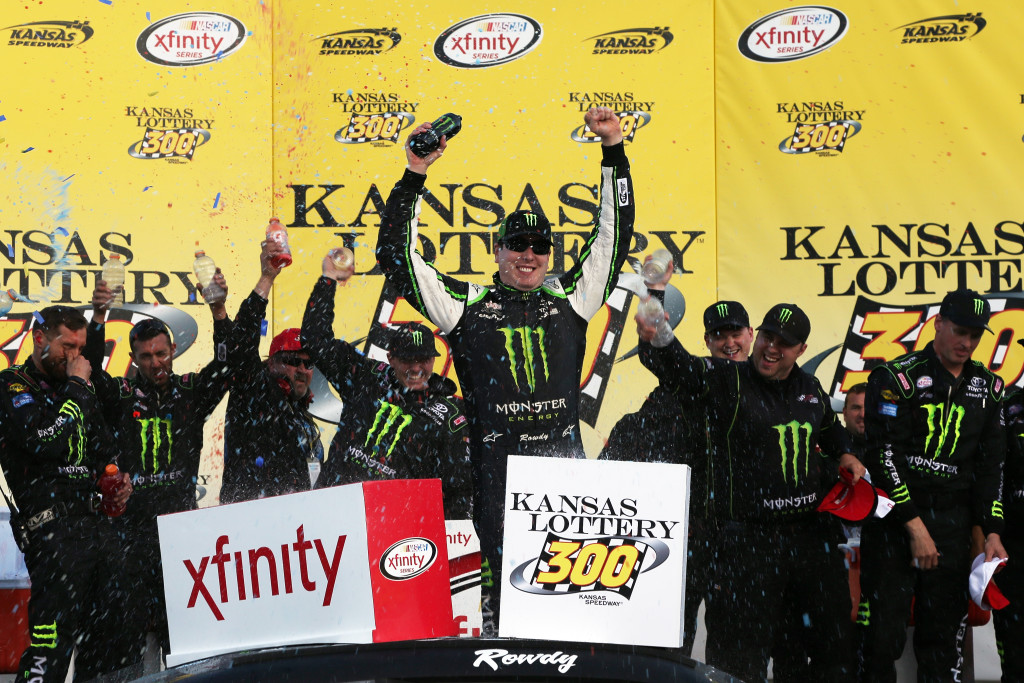 Kyle Busch taunted his Joe Gibbs Racing teammate Matt Kenseth in the final laps, waiting for just the right moment to make the pass to win the Kansas Lottery 300 at the heartland’s Kansas Speedway, marking his 75th NASCAR Xfinity victory.

It wasn’t an easy road to victory for Busch, driving his No. 54 Monster Energy Toyota to the front.  He had to overcome a pit road speeding penalty, an attempt to dodge debris from a crash right in front of him that damaged his front nose.  Then, on the next to last caution flag period, he anguished over a pit stop that dropped him from the lead to seventh, and lastly, a green-white-checkered finish, but he survived all the bad luck against him to come home with a triumph of 0.607-of a second over Kenseth.  It was Busch’s fifth win of the season and his third at Kansas in the Xfinity series division.

He began his assault with around 25 laps to go, drafting Kenseth as close as he could in hopes of finding the right spot to make a run for the lead.  He battled Kenseth relentlessly, finally diving low in turn three making his pass with 16 laps to go.

“I wasn’t sure we had enough for that 20 car [Kenseth] today, but there at the end of the race, the track was cooling down and certainly getting freer and it looked like Kenseth just was too loose,” Busch said.  “And I was able to really get the gas down and drive real hard and had a good car to stick through the corner. 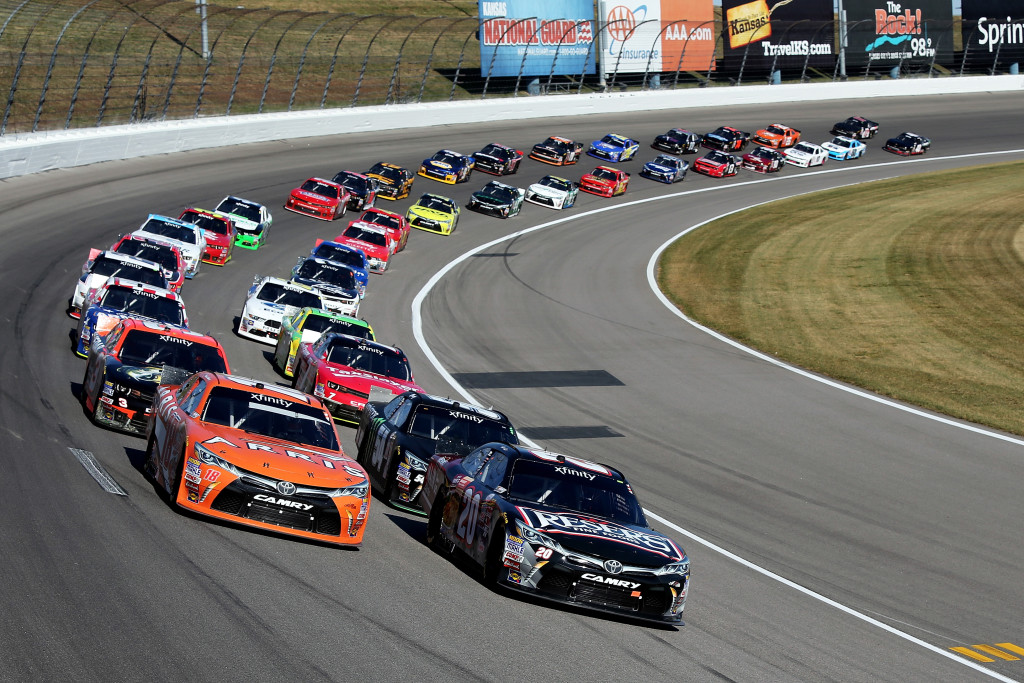 “This car was awesome, [crew chief] Chris Gayle and the guys did a fantastic job for me in getting me a really good piece there at the end to be able to battle with Matt, and it’s cool to end up in Victory Lane any day.  I wasn’t sure how I was going to get the pass done, but fortunately, finally there I was able to do it.”

Kenseth dominated the early part of the race, setting a flat out pace that put him in the lead for 148 laps.  As track conditions changed with a setting sun, Kenseth’s Toyota developed a loose condition that got him close to Busch, but he couldn’t advance.

“It’s frustrating to get beat again,” said Kenseth, who has finished second in each of his last four Xfinity Series starts.  “We were out front in Chicago and had the better car, but second is the [next] best place to finish, I guess.

“Kind of aggravating when you get beat, but we were too free at the end.  I didn’t give Wheels [crew chief Mike Wheeler] good enough information on the tires.  I did everything I could to hold off Kyle except for wrecking.  Just couldn’t do it.” 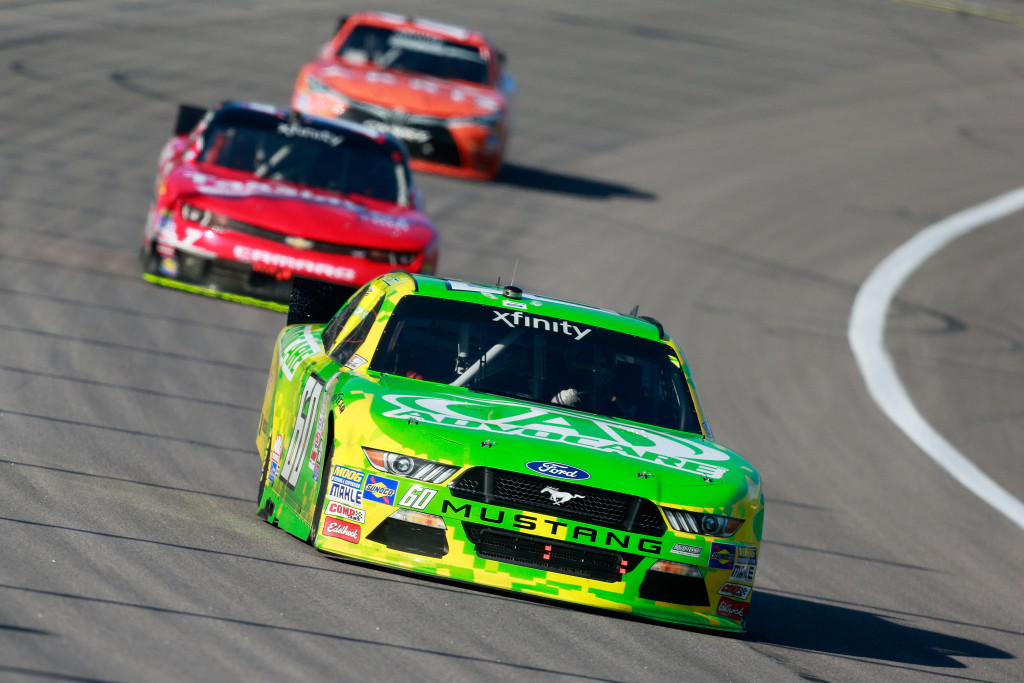 NASCAR Xfinity points leader Chris Buescher added one point to his lead, finishing sixth in the final order, just one position ahead of Chase Elliott and now has a 27-point lead.  Regan Smith is in third, 33 points out and followed closely by Ty Dillon, 36 in arrears in fourth.

There were seven lead changes between Busch and Kenseth in the Kansas Lottery 300.  There were eight caution flags for 42 laps with an average speed of 121.455 mph.

The NASCAR Xfinity series teams regroup taking the next two weeks off leading to the Texas Motor Speedway for the O’Reilly Auto Parts Challenge on Saturday, November 7 starting at 3:30 p.m. EST on NBC.