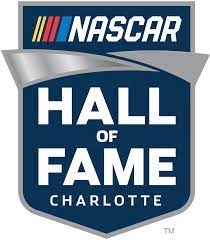 NASCAR will induct its 2021 Hall of Fame class on January 21st of next year after having to postpone the date due to uncertainties surrounding the COVID-19 pandemic. The proceedings will take place in Charlotte, NC, in the Crown Ballroom at the Charlotte Convention Center, just next door to NASCAR’s Hall of Fame.

This fan-centric celebration of inductees Dale Earnhardt Jr., Red Farmer, Mike Stefanik and Ralph Seagraves, the Landmark Award recipient is a full weekend of activities, running from Jan 19-21. “We are thrilled to celebrate these legends’ significant accomplishments and contributions to NASCAR alongside their families, friends and fans,” said Winston Kelley, executive director of NASCAR’s Hall of Fame.

“The decision to postpone was very difficult but the right thing to do. With the planned evolution from five to three inductees with the Class of 2021, NASCAR and the NASCAR Hall of Fame teams saw an opportunity to take a fresh look at our schedule of events for Induction Weekend and are excited about what we have created,” Kelley said.

The Induction dinner and ceremony are slated for Friday, Jan. 21 at the convention center; tickets go on sale to the public on October 7 for all activities. Cost for the Induction Ceremony start at $150 per person (plus tax and applicable service fees).

Additional events scheduled for the weekend celebration are the Insider Experience, featuring a Q&A session with all three drivers, Earnhardt Jr., Farmer and Stefanik, an Induction Stage photo opportunity, brunch with Hall of Famers where guests will share a table with a NASCAR legend, and Victory Lap, where the Class of 2020 shares stories and memories about the artifacts from their Hall of Honor exhibits.

This group of inductees is the 12th class of the NASCAR Hall of Fame, which began operation in 2010. Reducing the field to three, rather than five inductees, allowed the Hall to winnow celebrants to honor the best of the best.

Dale Earnhardt Jr., the third generation NASCAR champion is a member of a family synonymous with the sport. Earnhardt Jr. is one of the most popular champions – he’s won two Xfinity Series titles and 26 Cup Series races – who owned the sport’s Most Popular Driver award for 15 consecutive years.

Alabama Gang original member Red Farmer has more than 700 wins and counting. Named one of NASCAR’s 50 greatest drivers of the sport’s first 50 years in 1998, Farmer’s passion for the sport has kept him behind the wheel – even as he approaches the age of 90!

There are only two drivers who have won nine NASCAR championships: Mike Stefanik and NASCAR Hall of Farmer Richie Evans. In 2003, Stefanik was named one of the Modified Tour’s 10 greatest drivers; he holds the all-time series record in wins, poles, top fives and top 10s.

NASCAR also honors Ralph Seagraves, bestowing the Landmark Award for his contributions to the sport. He headed R.J. Reynolds special events operations from 1972 until his 1998 death and was widely respected for his marketing abilities. He brought Winston into the NASCAR series and helped launch the sport to a spotlight it would never abdicate. Winston sponsored NASCAR’s top series for more than 30 years, ending in 2003.