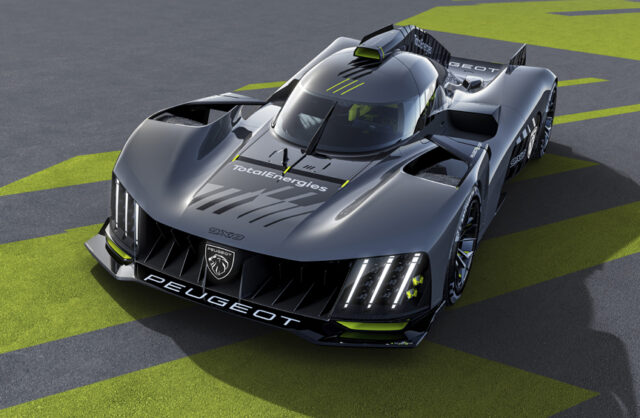 Collaboration between the FIA, World Endurance Championship (WEC) and IMSA will allow WEC’s current LMH prototypes to compete against the new LMDh prototypes in IMSA’s WeatherTech SportsCar Championship that will race beginning in 2023, and for the IMSA prototypes to race against WEC LMH machines in international events. The two series’ different rules for its new prototypes would have made this option next to impossible, but both parties elected to work together so that, yes, they could race together.

Articles agreed to by the FIA’s World Motorsport Council the first week of July aims to allow these cars, which have very different technical definitions, to compete against one another. They are the Le Mans Hypercar (LMH), which has been officially introduced and is racing in 2021. Currently there are three LMH models from Toyota, Peugeot and Scuderia Cameron Glickenhaus.

IMSA’s prototype is the LMDh, Le Mans Daytona h, which will take to the track for the 2023 WeatherTech SportsCar Championship racing season that begins in January of that year with the Rolex 24 at Daytona. At this time, Audi, Acura, BMW, Cadillac and Porsche have agreed to take part in IMSA’s LMDh prototype racing, and there are other manufacturers said to be waiting in the wings. A spec 40hp KERS unit is being assembled for the RWD IMSA cars, while the WEC allows far more powerful KERS units, as well as larger front tires to accept the added power from their AWD units; IMSA’s 2023 prototypes work the KERS system through rear tires, using front rubber narrower than that in WEC.

There are key technical elements that both parties have agreed to, which is no easy deal, considering the differences inherent in the LMH and LMDh racecar. The parties were looking at tire fitment, acceleration profiles, braking capability and aerodynamics, during a July 8th meeting for the World Motorsports Council (WMSC). All LMDh entries will, by IMSA decree be rear-wheel-drive (RWD) models, while the WEC welcomes both RWD and all-wheel-drive (AWD). At this time all LMH cars are AWD.

“What we achieved as a group a few weeks ago in Paris has the potential to revolutionize prototype sports car racing all over the world,” noted IMSA president John Doonan. “The stage is set for a highly competitive top category that will include many of the world’s greatest automotive manufacturers, showcasing relevant technology in the world’s most prestigious endurance races,” he said.

Both racing entities will continue to use Balance of Power (BOP) to stabilize competition, using acceleration profiles thusly meted: each LMH model will use custom BOP settings to designate speeds for KERS activation on every track. The estimate is somewhere north of of 75mph to near 100mph for activation and there will be separate BOP strategies for LMH racecars at every venue, with speeds set for dry or wet conditions. What’s important is negating the use of traction control through RWD LMDh models through software adjustments.

“The FIA, ACO and IMSA have been working towards a common future where teams running in LMH and LMDh can race on both sides of the Atlantic,” noted Richard Mille, president of the FIA Endurance Commission. “The principles have been agreed by all parties and the dreams of teams and manufacturers being able to compete in all of the top endurance races with the same car for the first time is now at hand.”

There will be a shared aero evaluation program for both series, with the LMH cars tested at Sauber’s Switzerland wind tunnel, while LMH cars that intend to race in IMSA test at Windshear, the wind tunnel just outside Charlotte, North Carolina. All LMDh models that race in IMSA must have their aero testing at Windshear, while LMDhs wanting to contest WEC races have to get tested at Sauber’s tunnel prior to entering the competition.

For braking capability, both AWD and RWD cars in both series, the organizers are looking at total differential potential on coasting, using front and rear braking on AWD and rear braking on RWD. The objective, of course is to equalize braking abilities, but both sanctions are also looking at advantages that might come up during turn-in while coasting. The LMH WEC cars with either single or double MGUs functioning without locking on coast – and they’ll be monitored by both WEC and IMSA to ensure they’re playing by the rules.

Pierre Fillon, president of the Automobile Club de l’Ouest (ACO), which sanctions the 24 Hours of Le Mans, stated, “This major announcement stems from our ambition to forge a common future for endurance racing. We have all worked together to achieve this landmark agreement; it is wonderful news for teams and fans alike, and maps out a bright future for endurance racing.”