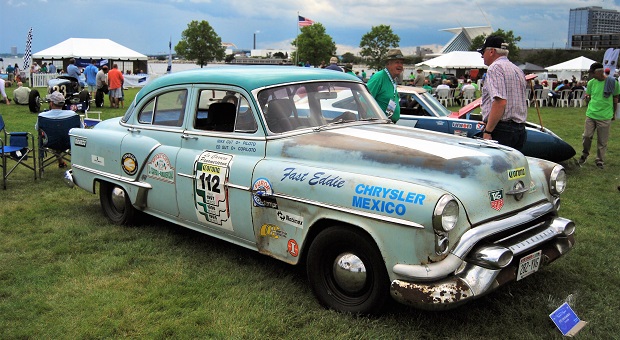 Driving a big ‘53 Olds Super 88 sedan over Mexican roads at speeds up to 138 mph is no picnic, but Ed Gut’s car completed La Carrera Panamericana – an epic Mexican road race – revival four consecutive times between 1994 and 1997. That was before Mark Gosh of Pittsville, Wis., bought the car.

“Ed and his son Mike built the car in the early ‘90s,” Gosh told Racing Junk. “It was one of probably three cars out of 100 that drove from Chicago to the start of the race in southern Mexico, raced the 1,900-mile course and drove back to Chicago. And they did that all four times.” 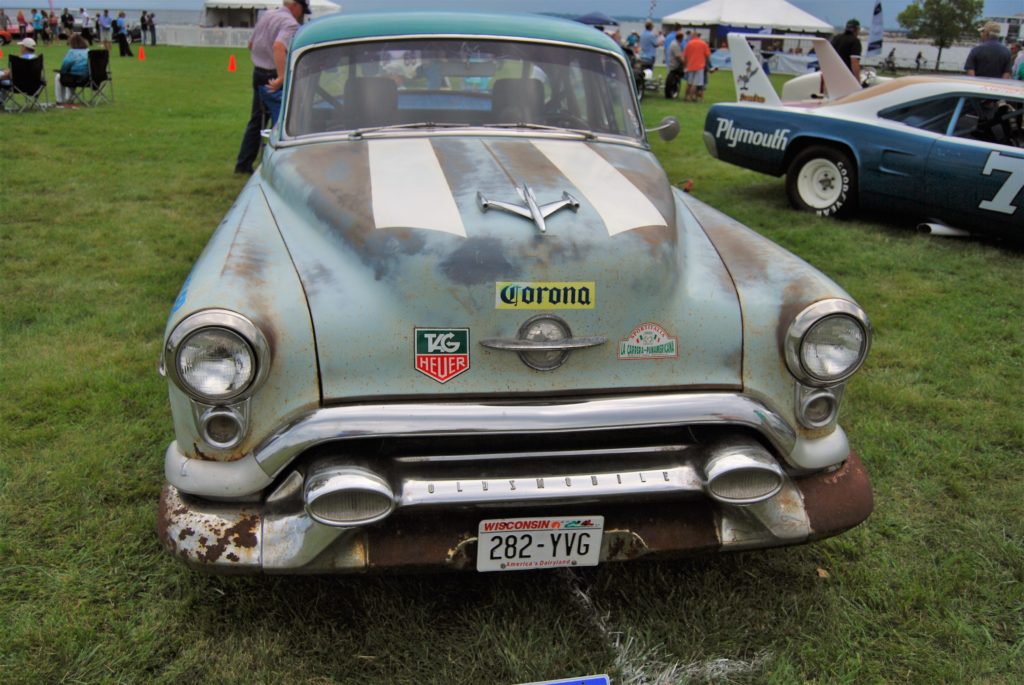 During the revival of the Mexican Road Races (the original races took place in the early ‘50s), this Olds finished as high as 10th overall out of 76 entries. It also came in third in the Turismo Major class.

Gosh bought the car from Roger Schmutzer, an old hot rodder from Wausau, Wis., who had rescued it after the Guts let it sit several years. Gosh first saw the Olds at the Iola Car Show and started a conversation that led to his buying it. He did some minor modifications to make the car run better. 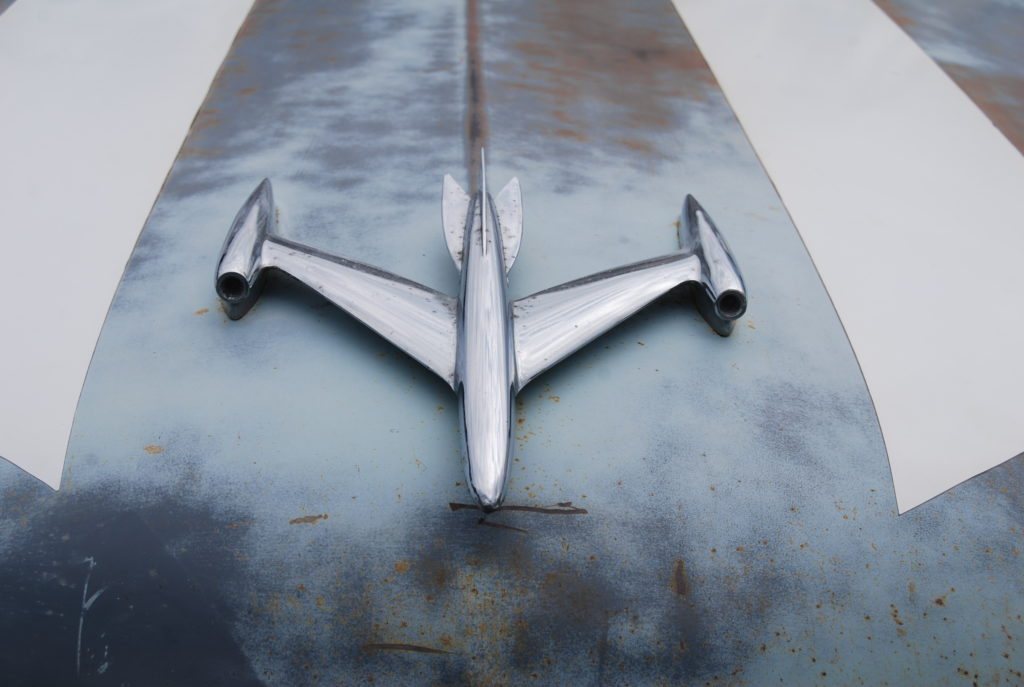 “Now, it’s ready to run to California tomorrow,” he said. “It was modified for endurance, not for speed, although it did reach 138 mph at one point during one race.”

The Oldsmobile also crashed during another race. It went into a roadside ditch and still has the dent to prove it. Under the hood, the Olds has a Chevrolet ZZ3 350 V-8 that puts out about 345 hp. Behind it is a Turbo 400 automatic transmission with a shift kit and a Buick 10-bolt rear. The car has disc brakes up front and stabilizers at the rear. It has cruise control that was added to make the long trips to and from Chicago more comfortable. 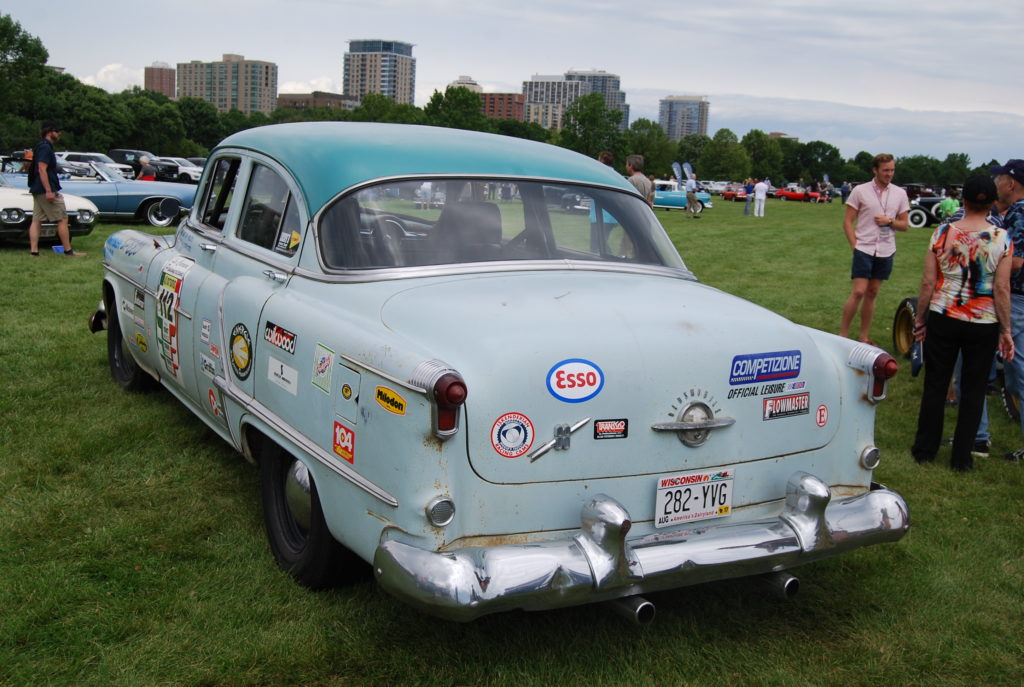 “They were thinking about the ride,” said Gosh. “So, they put some bucket seats in there from a Mazda RX7.”

“To build a car for the race, you have to make certain modifications,” Gosh explained. “You can go to the La Carrera Panamericana Website and see photos of all the competitors. There’s photos of this car there and they have a most-asked-questions tab that tells you things like how to deal with the Mexican police. They tell you how much money to bring, and you have to get Mexican insurance.”

Gosh said that he likes taking an old beater, fixing it up and “driving the heck out of it.” His Olds sounds like the perfect car for the job. 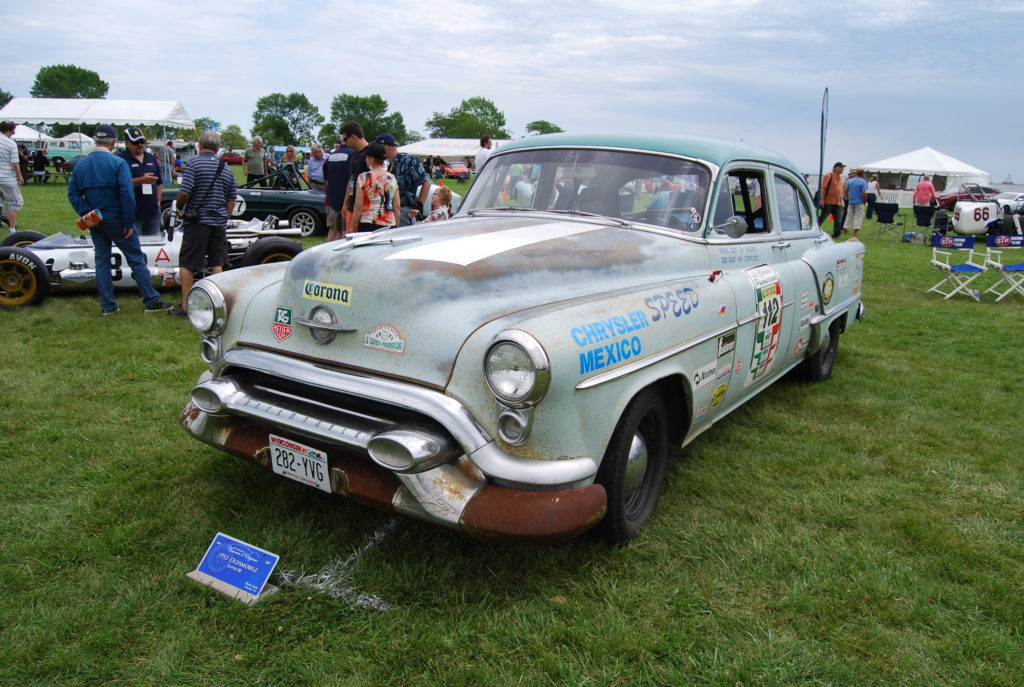