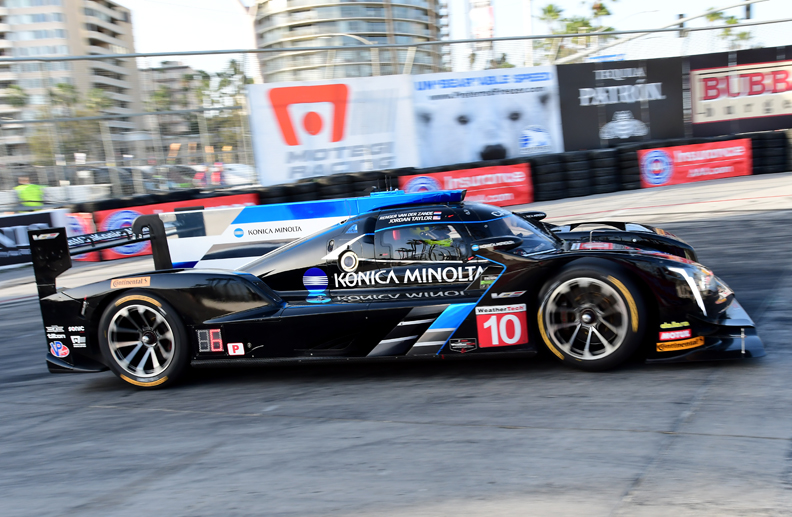 Fans of major motorsports have some distinct decisions to make this weekend with just about every major racing organization in play. Formula 1 is in China, MotoGP visits Austin, TX, NASCAR’s invading Richmond, NHRA hits Houston, while both IMSA and INDYCAR are ensconced at The Beach for the 45th Acura Grand Prix of Long Beach.

As a question of logistics this writer, a 45-year Long Beach resident will be working just a few blocks from home, as the NTT IndyCar Series, IMSA’s WeatherTech Sports Car Championship, Pirelli GT4 championship, SST trucks and IMSA GTO historic cars, celebrating the sanctioning body’s 50th anniversary, take to the 1.968-mile, 11-corner racetrack. It’s a rite of spring and one where poor weather lurks – everywhere else. 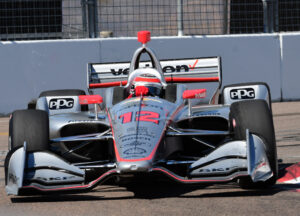 The NTT IndyCar Series was silent from last September until early-mid March of this year, when the first race of the year was held at St Petersburg. Incredibly, the Long Beach race marks the fourth contest for the series, which has a total of 17 races in 2019; it will again be competitively silent until the Grand Prix of Indianapolis the second Saturday of May, kicking off preparations for the 103rd Indianapolis 500.

Thus far in the INDYCAR season, there have been three winners: Josef Newgarden of Team Penske in St Petersburg, Colton Herta for Harding Steinbrenner Racing on the Circuit of the Americas (COTA)  road course and Japan’s (and Rahal Letterman Lanigan’s) Takuma Sato earning last weekend’s spoils of victory at Barber Motorsports Park. Those are three diverse drivers from three different teams; the last ten races have had eight different driver winners from six different teams!

Yeah, INDYCAR is running a spec Dallara chassis with two select engines from Chevrolet and Honda, together with a single tire supplier in Firestone, but the action the series has produced in only its first three contests of the year has been fierce and clean. Each of the first three contests has had a single caution period that mixed up the results and helped produce these three different winners. 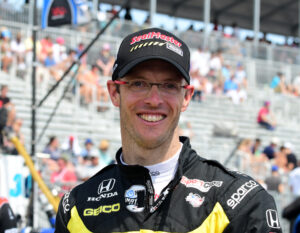 There are 23 drivers on the docket this weekend and two of them. Sebastien Bourdais of Dale Coyne Racing with Vasser-Sullivan (2005, 2006, 2007) and Team Penske’s Will Power (2008, 2012) have more than a single victory on the Long Beach racetrack. This duo will be inducted into the Grand Prix Association’s Motorsports Walk of Fame on Thursday morning. Of course Harding Steinbrenner Racing’s executive consultant Al Unser Jr remains “King of the Beach” with his six victories here.

The two Californians entered in the race are both race winners: Nevada City’s Alexander Rossi won the 100th Indianapolis 500 as well as here in 2018 and Colton Herta, who hails from closer Valencia, became the series’ youngest winner at 18 when he took the double checkers at COTA a few weeks ago. There are five rookie of the year contenders: Marcus Ericsson with ARROW Schmidt Peterson Racing, Dale Coyne Racing’s Santino Ferrucci, Herta, Patricio O’Ward with Carlin and Chip Ganassi Racing’s Felix Rosenqvist.

Thanks to its brace of victories at COTA and Barber, Honda holds the lead in engine points over Chevy as its retail luxury brand, Acura, takes over naming rights of the race following Toyota’s departure after 39 consecutive years. As usual, the standings in this championship are tight, with Honda’s lead only 48 points. To celebrate Acura’s assumption of the race’s title sponsorship and the 25th anniversary of its Indy car debut, Meyer Shank Racing’s Jack Harvey-piloted Honda car will wear Acura branding this weekend. 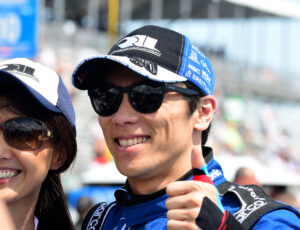 Newgarden leads the driver’s points after a win and second-place result in the first two races, while five-time champ Scott Dixon is second, Sato holds third, followed by Rossi and Herta, the latter the highest placed rookie. Bourdais, James Hinchcliffe, Ryan Hunter-Reay, Will Power and Marco Andretti round out the top 10 heading to The Beach. In the 6th through 10th grouping, only Marco Andretti is looking for his first Long Beach victory.

The weather this weekend will be glorious – it always is for some reason – and the action will begin early on Friday with the IMSA WeatherTech DPi and GTLM cars exercising a full two-hour practice before the 10am initial INDYCAR practice. The IMSA cars race in the BUBBA Burger Sports Car Grand Prix 100-minute contest on Saturday afternoon after INDYCAR qualifying, while the historic IMSA GTO cars take over after IMSA and the first SST race. There’s also a return of Formula DRIFT both Friday and Saturday nights in an invitational, as well as concerts to keep the huge crowds engaged.