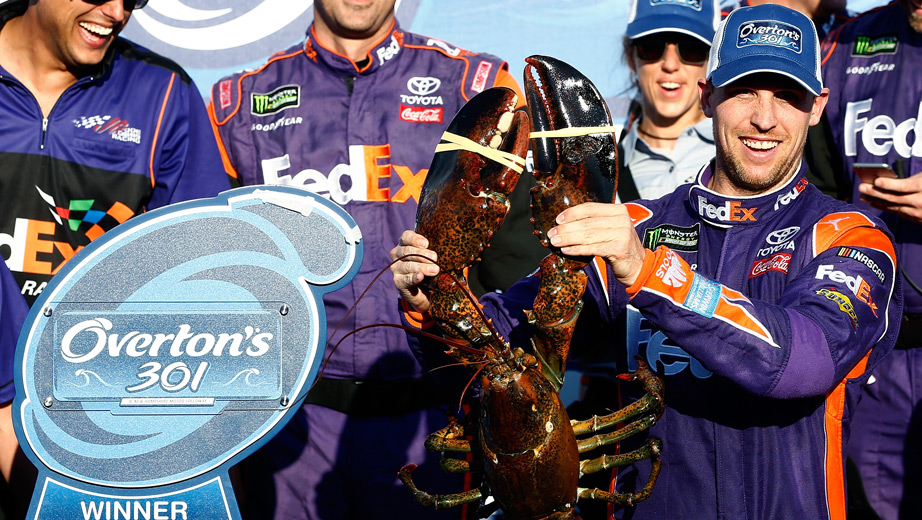 NASCAR’s elite would rule New Hampshire this weekend as two Monster Energy Cup Series drivers would find out what it takes to dominate in the Granite State.

This 200-lap race, which ran without a caution from a restart on Lap 97 to the finish at Lap 200, would be highly dominated by Cup Series regulars as both the No. 42 of Kyle Larson and No. 22 would obtain both the Stage 1 and Stage 2 victories. While Keselowski would arguably have the more dominate ride, a mix-up on pit road would give the No. 18 of Kyle Busch his third win in six starts during the 2017 season.

“I think we kind of coaxed those guys into having to rush themselves and hurry a little bit (by pitting first with a flawless stop), and maybe we put the pressure and that was the difference today,” Busch said. “So it was a great day for us and I am excited to have the opportunity to be in Victory Lane again here at New Hampshire.”

Busch wouldn’t be the only Joe Gibbs Racing driver to drive to a checkered flag win at the Magic Mile this weekend. Despite Martin Truex, Jr. obtaining the pole for Sunday’s Overton’s 301, after Kyle Larson’s No. 42 Target Chevrolet failed post-qualifying inspection, Denny Hamlin would do what it took to take his top-10 starting position to a win.

After leading a race-high 137 laps and obtaining the Stage 1 win, Truex would give race winner Hamlin all that he could take during the 301-lap race. After avoiding a potential race-ending incident when a right-front tire blew on his Furniture Row Racing Toyota with less than 100 laps to go, Truex would be shuffled back to third place where he would finish this race.

This proved to be just what Hamlin needed to both lead 54 laps as well as the most important lap to take home the checkers.

“This is a great feeling,” said Hamlin. “I know that we have been getting better and better as the year goes on, but we definitely needed a win for the organization and for myself so this is just awesome.”

Kyle Larson would come second after starting last in the 39-car field and retaining his Cup Series points lead.

“This is the third time we’ve had to start last and drove up to second,” said Larson. “I wish we could have been a spot better again, but really proud of my team and proud of the cars that they’re bringing for me to drive each and every week.”

The stars of both the XFINITY and Monster Energy NASCAR Cup Series will return to competition next weekend at famed Indianapolis Motor Speedway, while the Camping World Truck Series will return to the dirt at Eldora earlier in the week. Stay tuned to RacingJunk.com for all the latest NASCAR coverage.