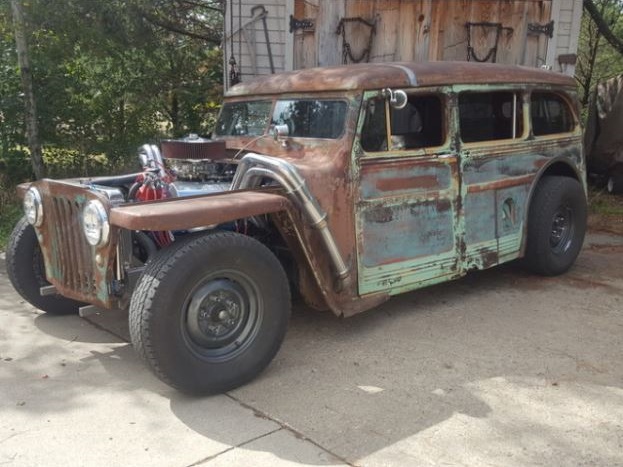 Todd Clyne had a hankering for a ’48 Willys rat rod for some time, but this particular project was no mere solitary, confine-yourself-to-the-garage-every-weekend kind of deal. Though Todd’s brainchild, he made sure to keep his son, Trenton, active in the build process in a way that doesn’t happen so often any more in father-son relationships. This chopped, fire-breathing Willys was the result of a love for cars and a dedication to craft. Certainly, a few fathers could learn a thing or two about raising their kid with the creation of this monster, dubbed “Ratfish.”

The project began when Todd found an abandoned Willys Jeep in the middle of a Minnesotan wheat field. As the old steed was quickly becoming a home for mice, he took the classic Jeep back to his garage and began a long, exhaustive overhaul. As the floor was comprehensively rusted, Todd cut it out and replaced it with a frame made of 2×4 3/16″ rectangular tubing. The effect this had was that the heavily patinaed Willys frame, which was chopped 5″ at the top, could sit directly on the frame. 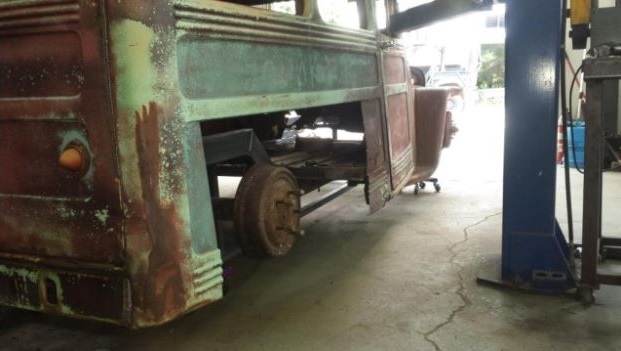 Then the motor was thrown in. An AMC 401 using a .030 over became a 406, and the internals were given a serious makeover. Larger valves, roller rockers, custom billet pistons, and aluminum valve covers helped make up the motor, and an eye-catching set of ceramic-coated headers connected to a 3-inch exhaust, flowing out through Flowmaster mufflers to give the car a distinctive sound and an amazing look. Comp Cams’ Mother Thumper camshaft and a Holley 780 carb net somewhere in the 500 horsepower range, and there’s a 150-shot of NOS in back for a bit more grunt. With the various pieces anodized a brilliant blue and striking A/R fittings adorning the engine, it certainly contrasts the weathered look of the exterior. 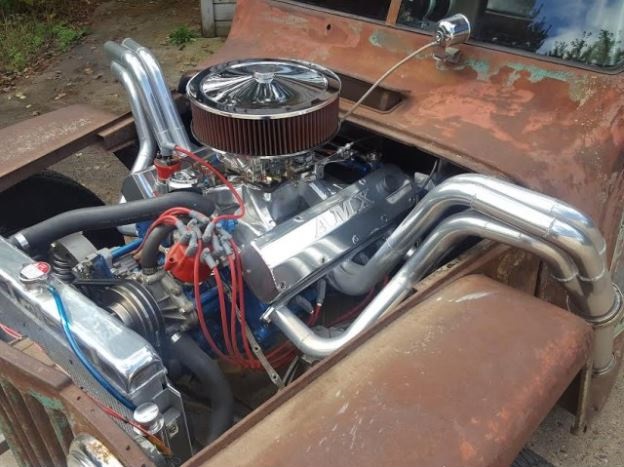 The spaceframe is mounted to the 727 transmission, and the 12-point rollcage is integrated into the entire system. With this skeleton, the vintage Jeep gets rat rod styling, added chassis rigidity, and a bit of safety along the way. 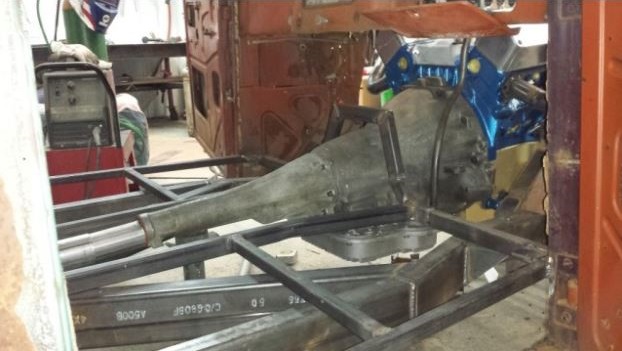 A set of beadrolled, handmade bomber seats were attached to the beadrolled floor, which was mounted to the frame. Then, the factory wheel tubs were beadrolled back into a semi-factory position on top of the new floor. 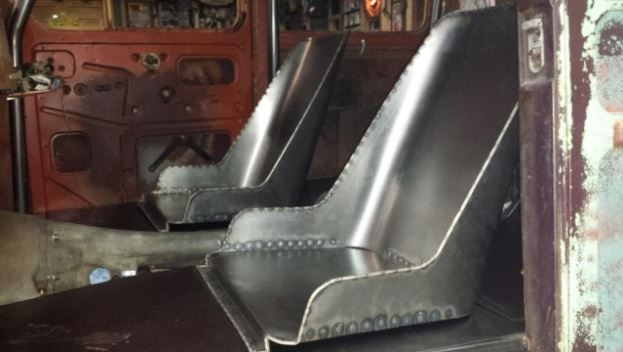 Following that, shock mounts to mount the QA1 shocks were fabbed and welded to the frame. Then the frame was removed and sprayed with a paint mixed with stainless steel, to insulate Ratfish from the harsh Minnesotan elements. 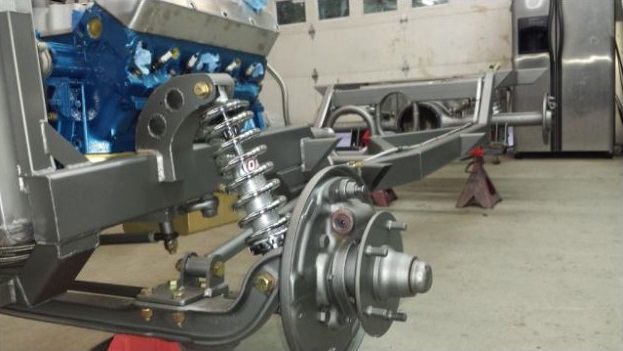 Then the gauges were added, the tachometer mounted to the dash and the quick-released steering wheel bolted on, and the spartan interior was near complete. Though it’s all business with the shift lever of the manually-shifted 727 transmission standing proudly in the center of the cabin, ostrich skin cushions adorn the homemade bomber seats and carpet on the floor gives an air of civility. 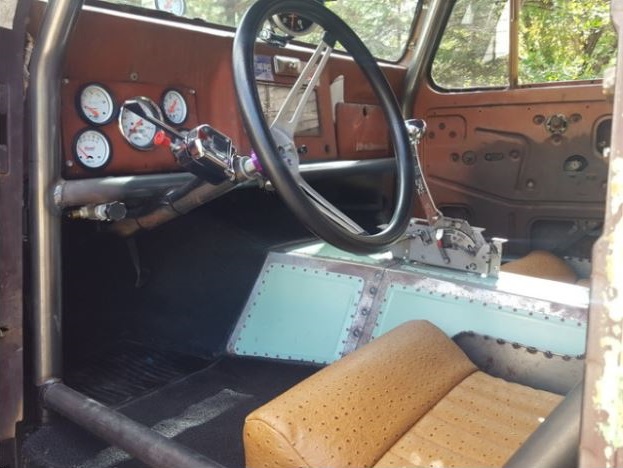 With gobs of torque on hand, the rear end had to be built sturdily, though a few hiccups came up during the tuning process. First, a 1977 F150 31-spline, 9-inch was used to try and harness the thrust. A few hard launches, and the original Ford 9-inch was no more. Briefly, a spool took its place, but since it pushed the burly Jeep into a bit of understeer and made it a chore to drive, an Aburn Pro posi with 4.11 gears was finally picked to deliver that power to the ground. 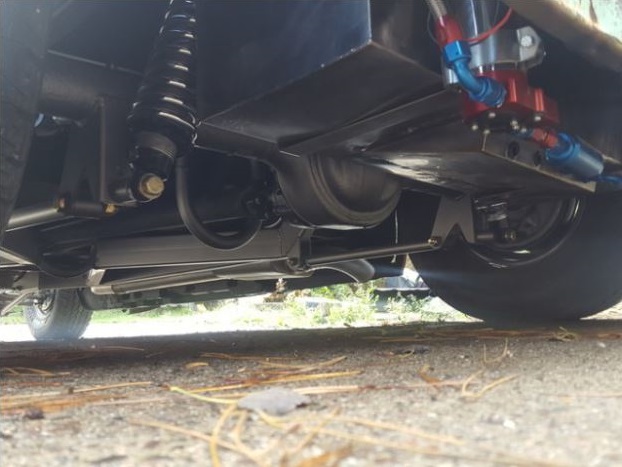 Ratfish is a piece of artwork to many, an eyesore to some, and a hellraiser to all. It’s also the result of a lot of elbow grease and a father and son with a shared ambition. It’s a shame kids don’t get introduced to cars in this fashion much anymore, since it’d keep a lot of Hot Rod and racing clubs well-stocked for the years to come. Let’s hope that there are other instances of family bonding like the kind that yielded Ratfish. 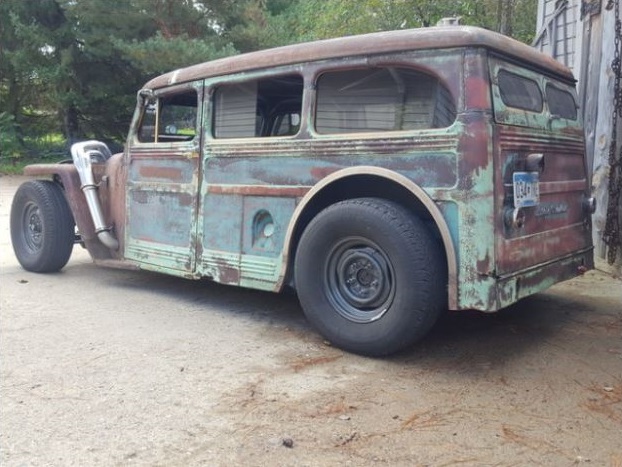