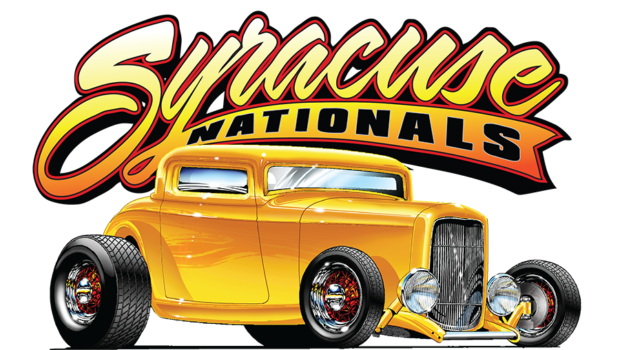 Mid-July means a wealth of car shows all over the country, but the Syracuse Nationals in Syracuse, NY always has a special place in the hearts of the RacingJunk.com staff.

For one thing, it’s more or less local to our Massachusetts office (what, a three hour drive is local!!). For another, it’s a show that’s home to some of our favorite things — Artie’s Party Pinstriper Charity Auction, nostalgia racers like the Frantic Ford Funny Car and the Super Camaro in Gasoline Alley, amazing hot rods and classics from all over the country, a poker run, swap meet and car corral, entertainment at the Rockabilly Roundup, awards such as the Winfield Award for automotive excellence, and this year, in honor of the 20th Anniversary of the Nationals, the Syracuse Signature Showcase which will feature “exotics, super cars, race cars, diesel trucks, big rigs, show bikes, and invite-only high-end show circuit vehicles.” 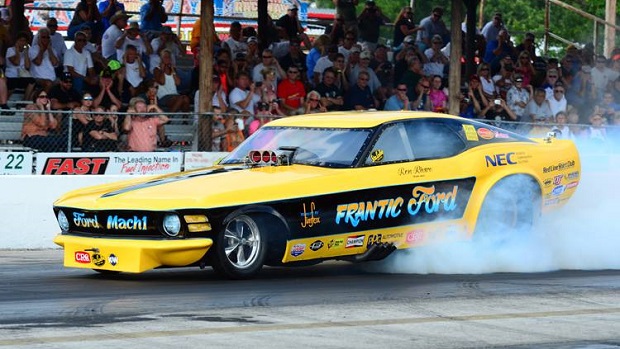 The show draws more than 90,000 people and 8000 cars over the three day weekend. Volunteers from the Central New York Car Club Association work with Right Coast Inc/The Syracuse Nationals to guarantee that the event runs smoothly.

From the website, “The Syracuse Nationals, which started as an idea in the summer of 1999, has grown each year since its record-setting debut in July 2000, when more than 4,300 vehicles filled the facility. The Nationals is now one of the largest automobile shows in the country, the largest in the Northeast, featuring street rods and custom, classic, muscle and antique cars.”