Holley’s Seventh Annual LS Fest is in the books now. By all accounts, with 1051 competitors and more than 15,000 spectators, it was a smashing success. It was a gearhead/motorsports freak’s dream. There were autocross cones everywhere, tires smoking all over, and drag passes featuring GM engines running at high RPMs. Holley says that due to the number of participants and spectators, this year’s LS Fest was the best ever. Here are the highlights from some of the competitions for your reading and viewing pleasure. 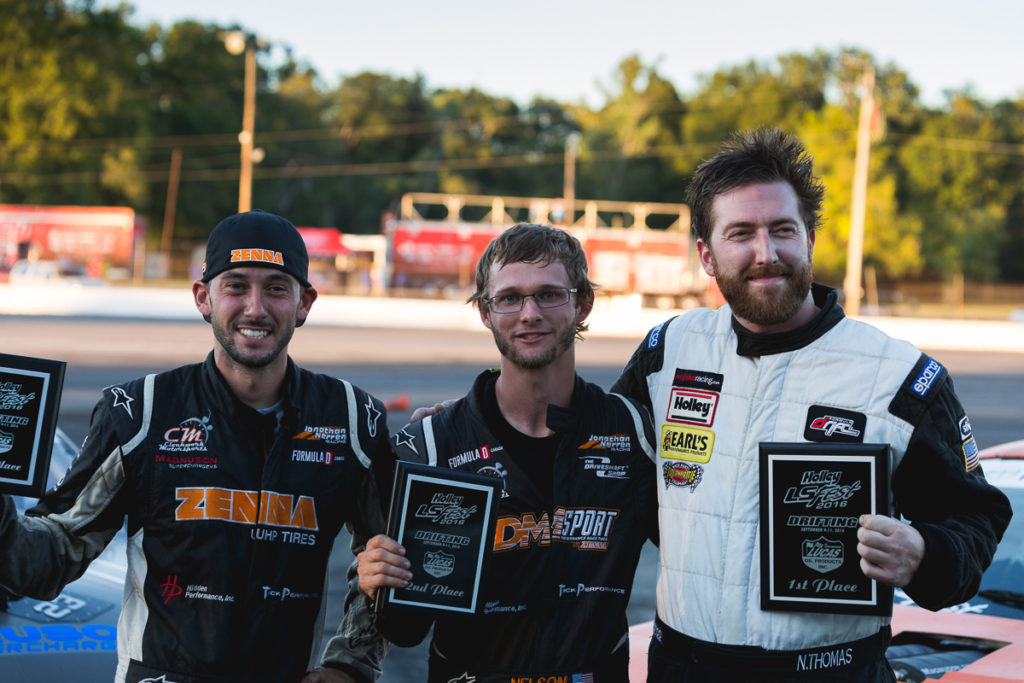 This year’s Drift Challenge almost got washed out. The original schedule had qualifying occurring on Saturday and the finals and awards happening on Sunday. Mother Nature wasn’t in the mood to cooperate with the schedule, though, so everything was done on Sunday. 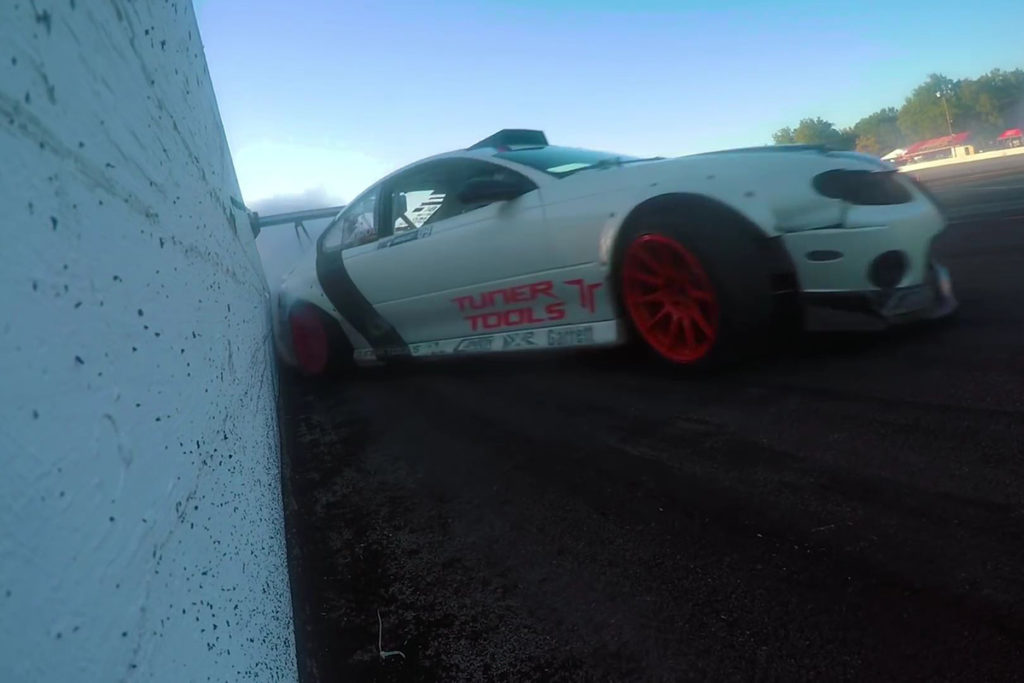 23 drivers showed up at Kentucky’s Beech Bend Dragstrip to compete in the Challenge. Although every competing vehicle rolled off a European or Japanese manufacturer’s production line, all of them were powered by LS engines. When all was said and done, Nick Thomas stood atop the podium as the winner, with Tyler Nelson and Jonathan Nerren, both sponsored by ZENNA Tires, standing one step down from him.

The driver/owner who is named as the Overall Grand Champion is the one who scores the best over three events over the course of the weekend. These events are the Grand Champion Drag Class, the NCM and Beech Bend autocrosses, and finally the 3S Challenge. Last year’s Grand Champion Danny Popp wasn’t allowed to compete this year because LS Fest rules prohibit any driver from being the Overall Champion twice in a row. He did, however, compete in the Past Grand Champions Class, which he won. He was driving the late, great Todd Rumpke’s C6 Z06 Vette.

With scores of 22 and 20, respectively, in the NCM and Beech bend autocrosses, 25 at the drags, and an 18 in the 3S Challenge, a grand total of 85 points, Mike Dusold from Lewisville, Texas drove his Dusold Designs 1967 Camaro to the top of the standings. Indy great Al Unser Junior took third with an overall score of 58, two points behind second place Ridetech Suspension’s Bret Voelkel.

One of the coolest events at LS Fest is Car Craft’s Engine Swap Challenge. Two teams compete in this event, with identical vehicles and parts from Hooker, Holley, MSD, and, of course GM/Chevrolet. This year’s Challenge vehicles were Third Gen Camaros. The challenge is to see who can remove the old engine and get to key turn/running engine and a drivable car first. CJ Durbin and Tyler Sandau from Moline, Illinois took home the engine and all the Holley/MSD parts with a winning time of one hour and 26 minutes.

Want to know more about what happened at LS Fest 2016? Check out all the results here. At the close of the weekend’s events, it was announced that for those of us who live in the West Coast, Holley is putting together LS Fest West in Las Vegas over the weekend of May 5-7, 2017.

Images from Screenshots with thanks to Tempt Media.