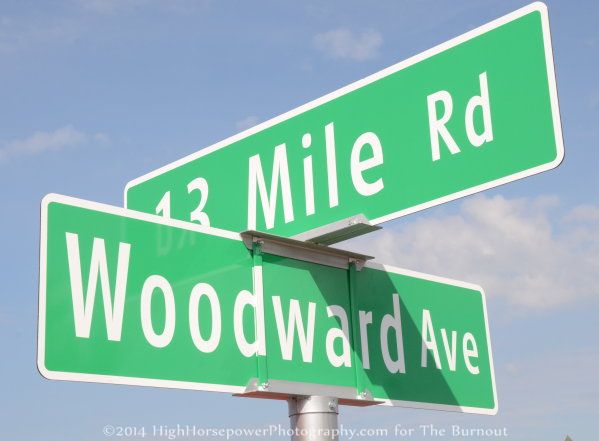 This past Saturday, lovers of American high performance from around the world flocked to the Metro Detroit area for the 20th annual Woodward Dream Cruise. The Dream Cruise covers miles upon miles of roadway as owners of modern and classic cars take to Woodward Avenue to show off their car, truck or SUV and while this started as more of a grassroots fundraising effort – it has grown to be one of the biggest and most heavily attended automotive events in the United States.

The massive boom in popularity has led the Big 3 Detroit automakers to get involved and the corporate displays from General Motors, the Chrysler Group and Ford Motor Company are among the most popular portions of the Dream Cruise. While many spectators spend their day sitting along the cruise route to see the rolling auto show, both spectators and cruisers alike make sure to hit the GM and Mopar displays near 13 Mile Road and Woodward in Royal Oak as well as the massive Ford Motor Company display that runs for miles along 9 Mile Road in Ferndale.

Although the Woodward Dream Cruise is one of the biggest automotive draws in the US, we know that not everyone can make the pilgrimage to the D to see the big event – and The Burnout has you covered. Below you will find a collection of images from each of the corporate displays with a spread of new models, future models and the classic models around which the Dream Cruise was originally based. Whether it is new or old, everything high performance is represented at the event in the Ford, Mopar and GM displays and if it was in those displays – you will find it in the images below. Enjoy!