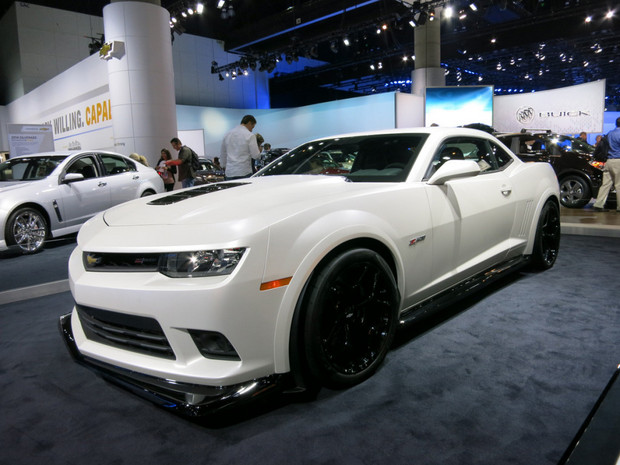 Also included with the highest price tag ever for a Camaro are a dry-sump oiling system, spool-valve dampers, Brembo brakes and a bunch of other race-proven technology to help the Z/28 achieve 1.08 g on the skid pad and Nurburgring lap times that are faster than a Porsche 911 Carrera S and Lamborghini Murcielago LP640.

But from the perspective of a sports car enthusiast and casual track day racer, is $75,000 too much for the Camaro Z/28? Keep in mind that a 2014 Corvette Stingray Coupe 3LT with Z51 Performance Package starts at $62,800. What do you think is a fair price to pay for this track monster?

Share your thoughts in the comments below or take our poll.