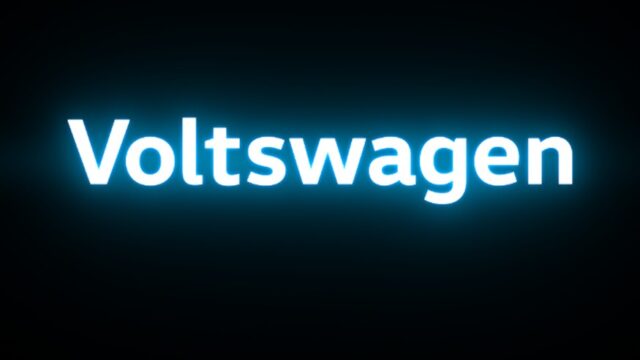 The email appeared early in the morning of March 30th and caught my eye, an occurrence fairly strange for someone who’s noticeably not a morning person.  Volkswagen is changing its name, the press release said. From here on out, the company wants to be known as Voltswagen.

Check date – too early for an April Fool’s joke. Is this real? The press release came from Volkswagen Group of America and claims the change is coming in May of this year. “More than a name change, ‘Voltswagen’ is a public declaration of the company’s future-forward investment in e-mobility,” it stated. “The new name and branding symbolize the highly-charged forward momentum Voltswagen has put in motion, pursuing a goal of moving all people point-to-point with EVs.”

This needed more research – and I let bigs in the industry do the heavy lifting. Shortly after receiving this email, the full press release was gone from VW’s media website, but The Associated Press was hot on the trail of what was turning out to be a prank.

Seems Volkswagen – which is not changing its name to Voltswagen – really needs to promote its upcoming electric vehicles. Stung by the diesel-gate affair a few years ago, where VW installed software that changed readings for its vehicles so the diesels would be considered “clean,” the company is moving forward with its efforts to fully electrify its fleets of cars and SUVs.

Volkswagen finally admitted, according to Associated Press, that it had put out a false news release of the name change. It was an attempt to be funny and to promote a new electric utility vehicle. This came after AP, USA Today, CNBC and The Washington Post went on the record, reporting the name change as real news. These outlets had been assured by publicists at VW that the name change was real, even though they knew it wasn’t.

The news release is no longer on the company’s media site and, of course, the major news outlets have walked back their stories about Voltswagen. But after annihilating records at Pikes Peak with its electrified I.D. R and racer Romain Dumas at the helm, VW is producing an ID.4 that it’s bringing to the US market with the intent of being VW’s first large thrust in claiming electrified vehicles as its core.

As a result of the prank, VW’s stock price went up for a short period of time and it received plenty of public relations outreach with the fake news.”I don’t think it will hurt them,” said Shon Hiatt, professor of management and organization at University of Southern California’s Marshall School of Business.

Humorous campaigns of this nature “aren’t necessarily problematic if presented in a tongue-in-cheek way and not as falsehoods to reporters.” Hiatt didn’t think the prank would hurt VW, but it wasn’t likely to give them the potential boost they craved.

Tomorrow is April Fool’s Day. Can any manufacturer or sanctioning body top Voltswagen?